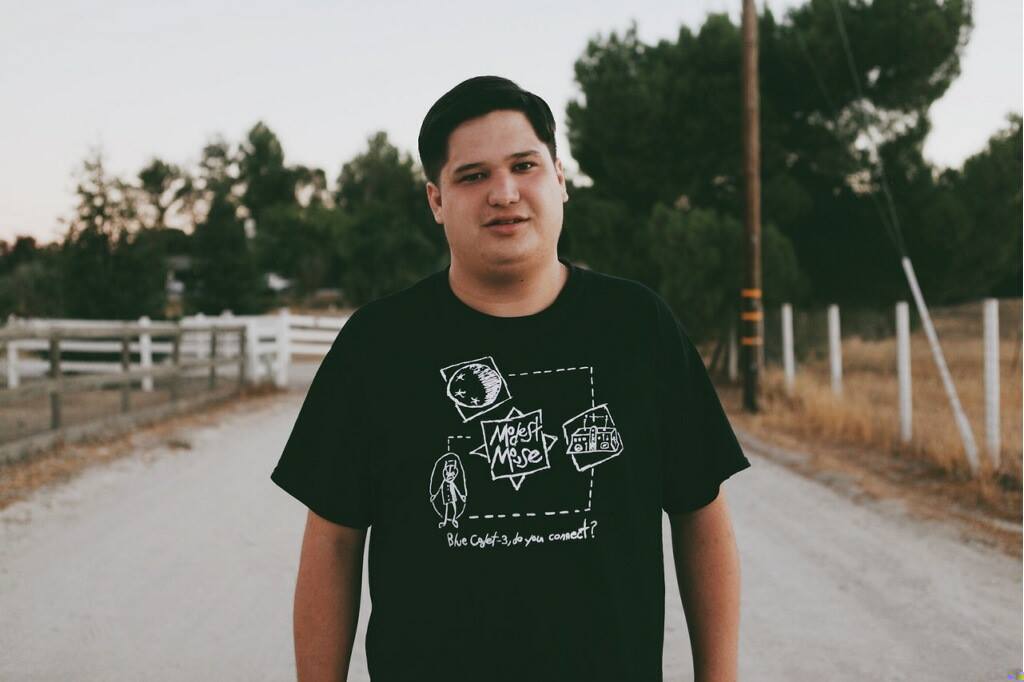 Hotel Books – “I’ll Leave the Light on Just in Case”

Hotel Books return with an old take on a fresh sound, rather than a fresh take on an old sound. Also, they miss ‘looking up to Bill Crosby’. Apparently.

I first heard Hotel Books sometime in 2015 amidst a period of clouded judgement, clouded by judgement. The summer felt much longer, and the nine-to-five grind didn’t feel as much like chewing tinfoil as it presents itself to me now. In a memorably painful transition period from one inconsequential relationship to another, an old poltergeist from my past saw it fit to return and move all of my furniture around, so to speak. One of those fated skinny loves that is no more than just infatuation in disguise. She introduced me to the band – the song “Dreaming or Sinking” to be exact. It felt important. Having taken a sabbatical from listening to the band, the opportunity to return to their latest work could do me some good. Was this art really of importance, or have I simply attached it to the time I last felt truly alive?

Opening the album, first track “Just What I Feel” welcomes us with an auto-tuned vocal that wouldn’t sound out of place on the latest release from The Story So Far. The hook is well executed and does its job of presenting the listener with something memorable from the jump. So in that respect, it’s a good hook. In another respect, it’s a vapid and otherwise cookie-cutter sounding chorus interchangeable with any other heard on a modern emo record released in the last couple of years. I remain conflicted.

Am I too tired? Too jaded? Should this record be exposing me like seeping light through keyholes and cracks, leaving me vulnerable to my responsibilities and subsequent failures? As I ask these questions, the second track “Death is a Terrifying Thing” sounds in my headphones. Vocalist Cam Smith exits a similarly transient hook and starts to quip one liners such as ‘You’re afraid of real failure / So you live for fake success’. It strikes me that these sentiments are similar to those which I echo in both my own work and my philosophies, looking inward at myself and outward at others. With that in mind, why aren’t these songs working?

The middle part of this album becomes a homogeneous slur of well recorded guitars and airy synth pads, met with more nauseating hooks and poems heard one time too many. Tracks such as “Your Voice” dabble with trap oriented drum sounds and samples of what appears to be Microsoft Anna, as she so eloquently scowls at self-proclaimed revolutionaries who contradict their own rebellion by excluding any one from their cause, simply for being different. Another sentiment with which I concur, but feel left behind by in this instance. This is the first time I’ve felt so alienated by a Microsoft Anna sample.

The album is book ended by a four part collection of songs titled “Just How I Feel”. We started this album hearing what Cam Smith was feeling, and now we are witnesses to how he is feeling. ‘Okay, time to get my seat belt on!’ I excitedly thought to myself.

My mistake – this car is out of gas. All I found in the car was oblique references to Kanye West and a misplaced Alan Watts sample. Hold on, I think I left the hard-tuned version of “This Little Light of Mine” in the glove box, along with lines such as ‘I miss looking up to Bill Crosby’ and ‘I miss Jersey Shore’. I’ll go grab those just in case I need them later.

It begets me to put emphasis on the fact that the aforementioned Bill Crosby line really does exist on this album. Cam Smith said that. He wrote it down, read it back and recorded it. That line made it past the mixing and mastering stage, through to packaging and distribution and no one removed it. No one stopped him. All praise the First Amendment.

I’ll Leave the Light on Just in Case wishes to hold hands gently with the band’s long standing fan base and baby-step them to new pastures – pastures where room temperature versions of XXXTENTACION hooks frolic freely, amateur sound collages graze by the rivers and, all the while, bittersweet, recycled poetry finds its refuge.

I don’t think I am able to define myself as a Hotel Books fan. Lucky for them, it is no great loss as I don’t think I was ever a very serious fan to begin with. I kept their music mostly reserved for nostalgic trips to a happier place in the recesses of my memory. No amount of new, underwhelming songs can take that away from me. If I see that old poltergeist any time soon, though unlikely, I’ll tell her to stick to the debut album.