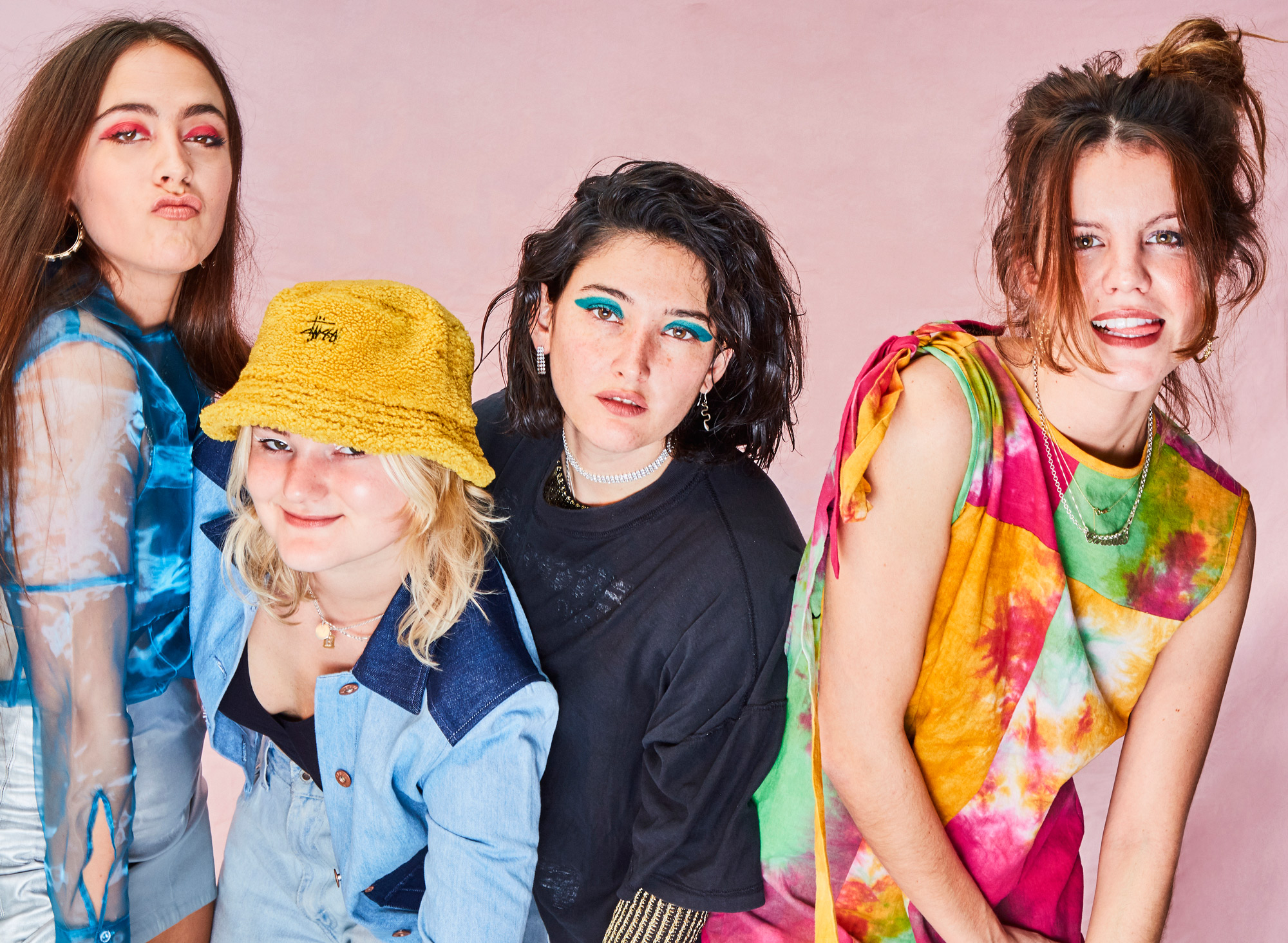 The Prettiest Curse is Hinds‘s new pop-oriented album. Full of flavour and spunk, the all-female band creates refreshing party anthems for the summer as well as soft, melodic ballads.

Hinds is a four-piece female group from Madrid, Spain. Carlotta Cosials (vocals, guitar), Ana Perrote (vocals, guitar), Ade Martin (bass), and Amber Grimbergen (drums), came together in 2011 to form this indie rock band. The four appear to be a close-knit family after playing together for almost a decade. The band was originally called Deers, but made the switch to Hinds, after running into legal trouble with the name. Over the past few years, the lovable quartet has become one of Spain’s biggest groups. Their fun music matches the image they have created with bright colours and unique scenery in their videos. They have just released their third full-length album, The Prettiest Curse. Since the release on June 5, 2020, they have been receiving lots of attention outside of Spain, and it was chosen as BBC 6 Music’s album of the day on June 9, 2020.

The band experiments with their new material, taking on a more pop-oriented sound. Their other albums have a softer, more mellow feel, whereas The Prettiest Curse aims to create an energetic atmosphere, right in time for the summer months.  They do a fantastic job bringing the album to life and taking on the new sound. Included are party anthems meant to be blasted through speakers as well as gentle ballads perfect for reminiscing about good times. All ten tracks balance each other out and add colour to the album.

In addition to the new energy, Hinds takes a different course than usual with their vocals. The album includes Spanish lyrics, which brings even more character to the group. Cosials’ and Perrote’s vocals are refreshing and complement the bright guitar featured in The Prettiest Curse. The vocal modulation used in “Just Like Kids (Miau)” and “Burn” plays into a very youthful and freeing style that carries through each track. Full of flavor and attitude, Hinds creates a busy sound with layered vocals and full drums.

The first single released from the album, “Riding Solo” is one of the most popular tracks. It has a catchy melody with more laid-back lyrics. The song seems like a love letter to someone, saying ‘All rooms feel kind of empty if you’re not on the inside.’ The percussion gives the feel of a dance, while the spunky guitar adds lots of colour throughout. A music video was released along with the song and appears as if it was taken on vintage film. It includes fun outfits and a group of friends in an outside party atmosphere.

One of the other singles, “Just Like Kids (Miau)”, is another favourite off the album. It is a quirky song about the sexist comments and advice they receive that is only making fun of their band. Giving examples in the lyrics they write, the song says:

‘Can I tell you something about you and your band?
‘Cause I’m sure you’d love to listen to my advice.
You’re always out of tune,
And there’s no place there for you.
Dude, do I know you?’

The 90s-influenced music video accompanying the song creates a visual of them showing how little they care about the comments. They play into the title “Just Like Kids (Miau)” and have a childlike presence during the song. The title of the album comes from this song and is sung during the last line of the chorus. This track does a great job of demonstrating the confidence they have as a band. Fueled by the unwelcomed comments they receive, Hinds create a powerful single and use their music video to dance in the faces of haters.

The Prettiest Curse has been a very successful experimentation. Capturing the charm they are known for while creating a more vibrant atmosphere, Hinds has taken a great step in the right direction. Pushing the limits of their previous work, they use Spanish lyrics and dial up their energy for the new material. Released just in time for summer, this album is sure to be many people’s go-to on hot days.