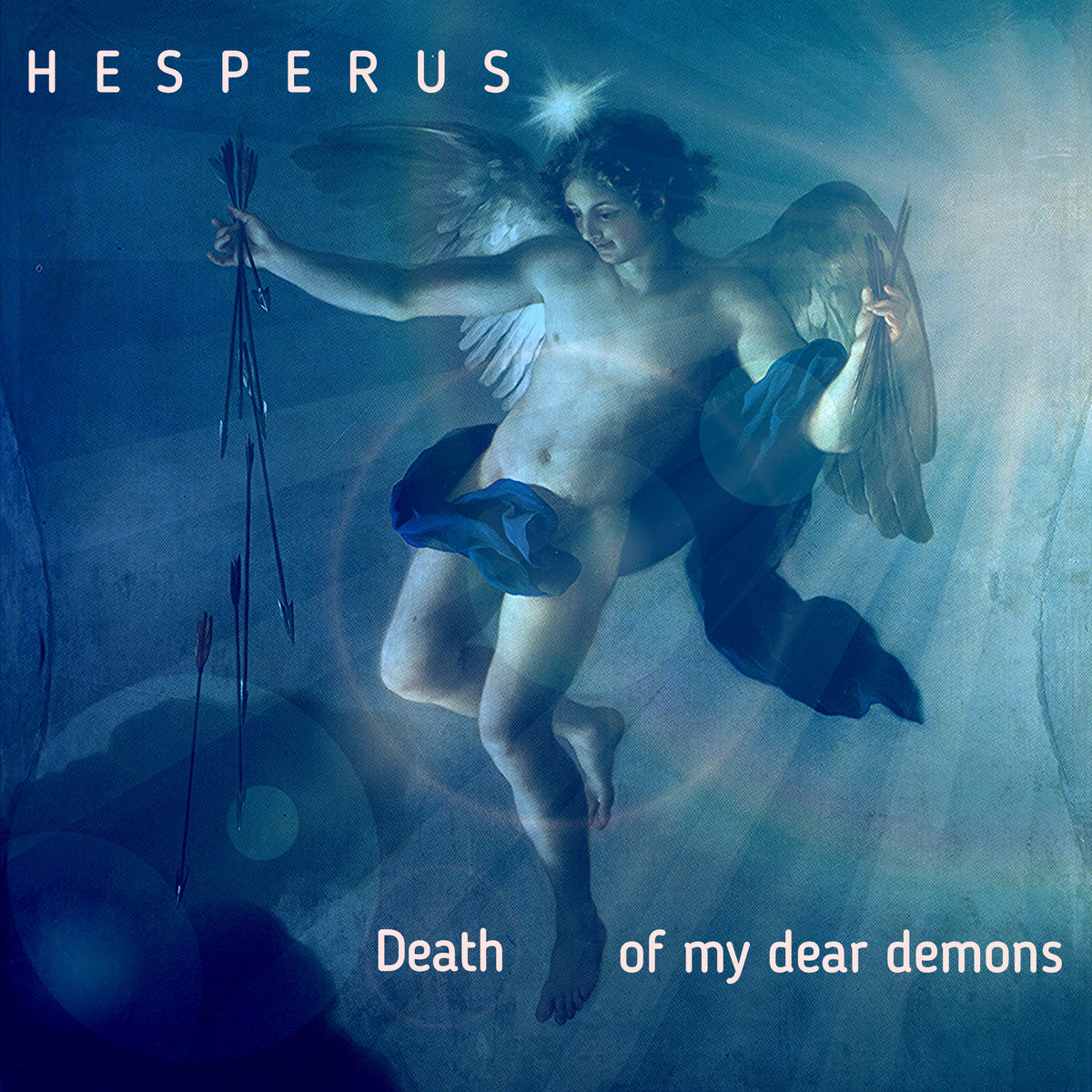 Hesperus – “Death of My Dear Demons”

By Robert MiklosSeptember 3, 2019 No Comments

One-man bands rarely, if ever, have in between, they’re either sub par or impressive. Hesperus adheres to the latter.

Hesperus is the brainchild of Roelof Broekman, within this outlet he performs all instruments, produces, and writes all the material. It’s quite difficult to pin down stylistically where exactly Death of my dear demons falls as there is a fair variety of elements that come together. Death of my dear demons is the physical and spiritual successor to Crepuscular Rays – the debut album. It is an eclectic amalgamation of a wide range of textures, which seems to aim to send the listener beyond the immediately perceivable reality.

Honestly, I’m at a loss on where to begin with this record. That’s a good thing though, it means that whatever is going on succeeds in delivering a proper experience. Well, I guess anywhere works considering the ample array of sonic territory and emotional range that is being traversed. The album is comprised of just four songs, which could each stand on their own as they are due to the way they are. Looking at them overall, they create an immersive and otherworldly atmosphere that is much greater than the sum of their parts.

No one particular segment or bit stands out from a technical point of view, however the strengths lie in how all the layers are structured in relation to each other along with their textural qualities. I’d like to point to a specific part, but really, this can be noticed basically at any given moment across. Stylistically the album can be straight up metal, eerie ambient drone, electronic, somewhat orchestral, or a mixture of any number of these things and their derivatives. In short, Hesperus doesn’t shy away from using any sound that fits his vision, whatever that may be.

Looking at Death of my dear demons from a more emotional perspective we see that it is centered around introspection. This also rings true from a lyrical standpoint as most of the spoken word parts would indicate. There are parts that are downright dark, oddly creepy, simply uplifting, and quite surreal with plenty of nuances in between. It feels as though going from one sonic realm to another resembles the way we cycle between threads in our stream of consciousness when delving below the surface. The title of the record also gives some hint to the leitmotif of the ongoing narrative. It’s as if we’re witnessing the aural incarnation of one of the inner most processes we go through, the process of evolution in which we destroy or tame our demons.

While I can’t say that the production value is sterling, it is good enough to not draw attention upon itself. Surely there is room for improvement, but it does the job without any notable issue, each part revels in its own unique temperament throughout. Tonally we also see a vast spectrum of things that are used and to great effect. For every distinct stylistic segment there is a very specific timbral vision in place and that proves among all the other things that attention to detail was paramount.

Hesperus is one of those criminally underrated musical acts. Death of my dear demons is a powerful albeit short record which showcases a standout vision of how music is or should be made. It’s not often that artists dare to meld even two distinct styles together let alone obtain such a homogeneous whole while blending basically everything under the sun. I am very much looking forward for what is next in store from the mind of Hesperus.