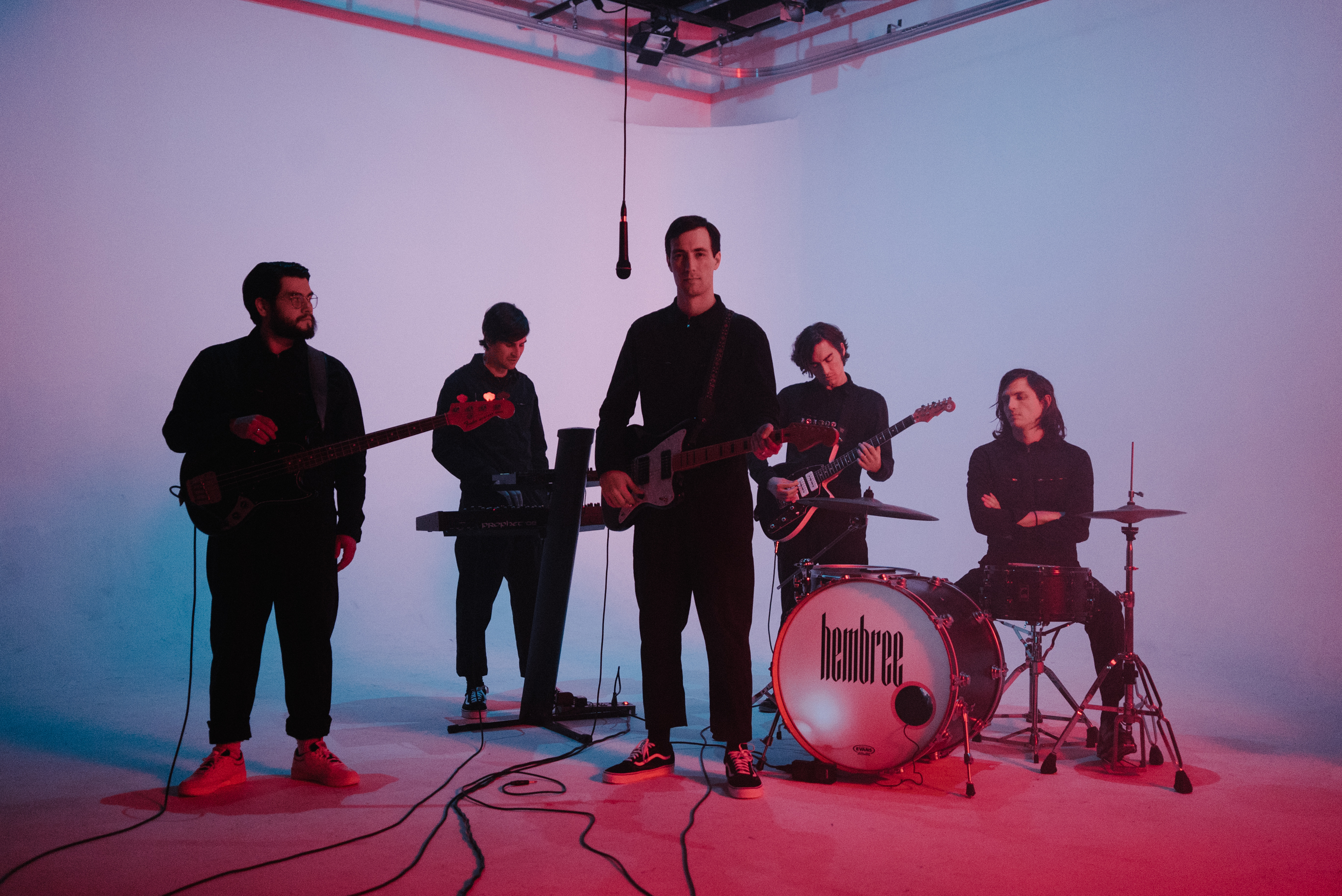 Gear up for summer with House On Fire, the short-but-sweet full-length debut from alt-rockers Hembree: a swift, solid record which may not significantly lift the musical bar, but is guaranteed to lift your mood.

Adventures can be made or broken by a soundtrack. A poorly-planned mixtape might leave a damp note on an otherwise brilliant weekend, while the right song blasted among friends at an opportune moment can provide warm memories for years to come. Picture the “Bohemian Rhapsody” scene in Wayne’s World and you’ll know what I mean. It appears that Kansas rockers Hembree took the latter scenario to heart with their debut, House On Fire. Their first outing since 2017’s Had It All, the band have returned in the hope that you get along with the album as well as its moniker suggests.

There are very clear influences at work here, from the persistent thud of the kick drum to the highly-stylised distortion that provides the necessary crunch to complement the rest of the band’s efforts. Those who like their music upbeat will feel right at home with Hembree. Picture Mutemath‘s “Break The Fever” fused frantically with Royal Blood‘s “Lights Out“, and you’ve got an idea of what’s in store. Yet, with striking resemblance to such notable artists, Hembree have still tried to set themselves apart in their sound.

With strong performances throughout, the record holds up well for its brief 32-minute playtime. Austin Ward’s drums are deployed incredibly effectively: from the moment opening track “I Don’t Know Why” launches, they inform you that you are in for an energetic alt-rock treat. After such a strong start, my interest was certainly piqued. Across the record, Isaac Flynn and Alex Ward provide guitar parts that soar, as Flynn’s ethereal lead melodies threaten to linger in your head long after you stop listening. Eric Davis’ suave keys infuse everything with a hint of electronica while Garrett Childers renders the bass compellingly present at the forefront of the mix, occasionally striking power chord-style hits for extra emphasis. It works wonders alongside the drumming, which brings us full circle. It all comes back neatly to that relentless, pounding beat that keeps everything grounded in perpetual forward motion – and it’s what makes House On Fire perfect stereo fodder for road trips. I could easily picture leaving behind urban confines in exchange for sprawling coastal vistas and sandy shorelines, with some of the songs from this album blaring from my speakers.

Moving beyond the opener and through “Culture”, there are one or two tracks lacking that certain something to cement them as entirely memorable. Let me be clear: I’m not expecting every number to be wildly different. I simply found that a couple of songs seemed to merge in their similarity, consequently struggling to hold my full attention. That isn’t to say they aren’t enjoyable offerings in their own right. On the contrary – to some, they might be the standout moments of the record. For me, some offerings just felt a little lost amidst the more engaging songs they were sandwiched between.

That said, this is a minor criticism of an overall enjoyable outing; the stronger tracks that make up half of the ten-track roster absolutely demand your notice. They glean moments of character and potential which easily earn their inclusion on any summer mixtape alongside the likes of Cut Glass Kings, Nothing But Thieves, and other more renowned names of the genre. Newest single “Almost” (below) is positioned well in the track order, drawing back any whose ears may have strayed, until “Symmetry Lines” shows up and offers itself as a suitable candidate for ‘Tune Most Likely To Make You Move’. All this occurs before the titular closing track brings everything to a slow-building end, with Flynn releasing a frenzied shout ironically characteristic of someone in a house on fire. It’s a last rush of pent-up energy as the dying embers of the record burn out.

While not a pioneering album, House On Fire is still immensely re-playable. It doesn’t astound, but definitely doesn’t disappoint either; it sits in a satisfying middle ground, quenching the thirst for something punchy and paced. This debut doesn’t profess to be groundbreaking but rather showcases a band honing their craft. With House On Fire, Hembree have worked hard to concoct a record which displays a great deal of infectious, raw energy put to good use. It is a fine, if fragmented and fleeting debut from a band who have made a clear statement: this won’t be the last you hear from them.