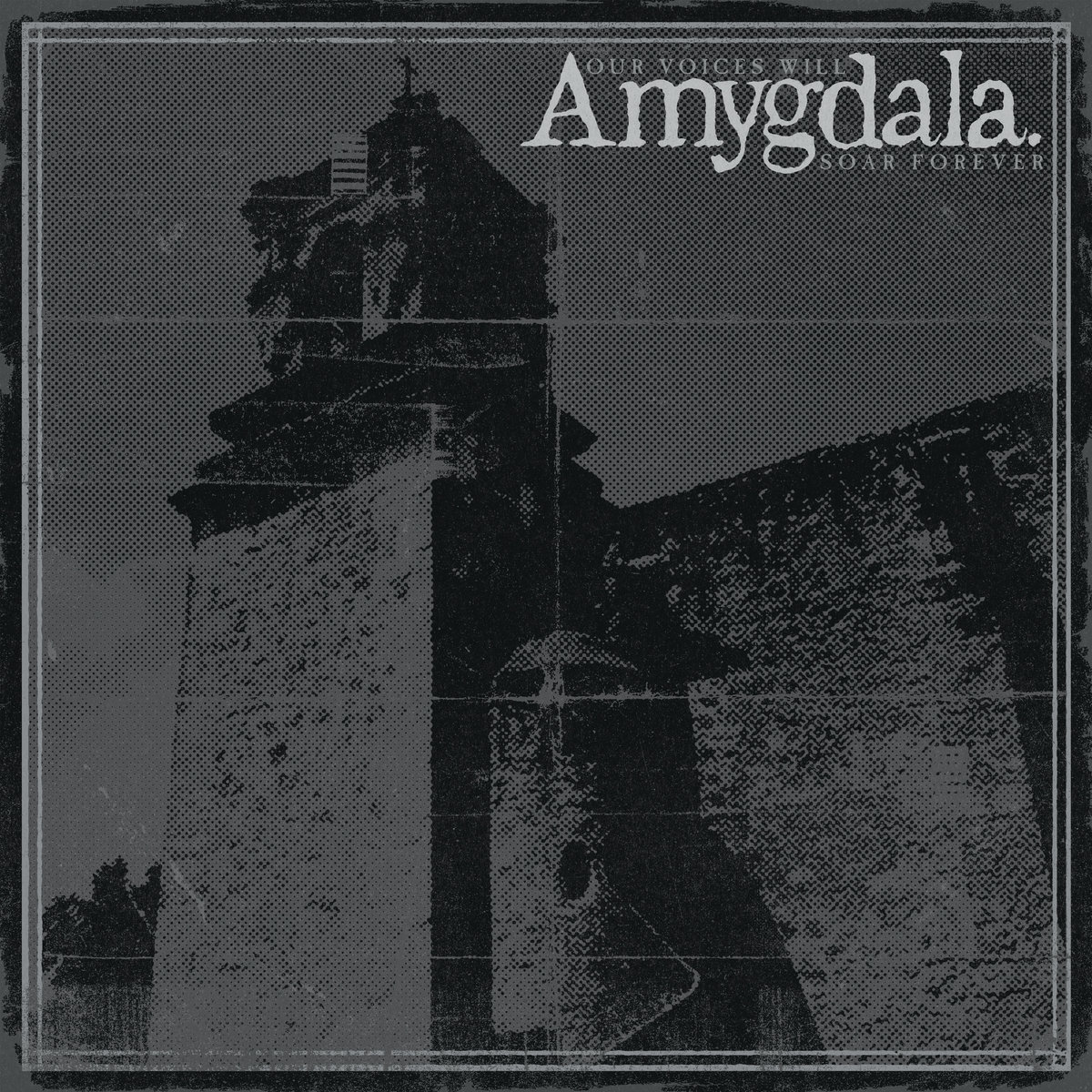 Amygdala – “Our Voices Will Soar Forever”

Amygdala form an emotional rallying cry with their take on metallic hardcore music. Their mission is bigger than them – everyone’s valid, everyone’s welcome

Hardcore is a pretty packed genre, and it’s known for being politically charged. It’s nothing new, but this means it can take a lot of effort to stand out. How does Amygdala manage to be different from the rest? By affirming the existence of those heavily marginalized, for whom mere existence is defiance, and becoming a bold voice for those stricken by violence of all kinds – political, physical, emotional, etc. Our Voices Will Soar Forever is their debut for Prosthetic Records which is important to note as it will give them a bigger platform through which to broadcast their incendiary, validating message. As such, I’d like to warn everyone reading this that this review talks, both in reference to and candidly, about sexual abuse, abortion, mental illness, and more – please use discretion when reading and, frankly, listening to this band as they pull absolutely no punches.

While it doesn’t make for an easy listen, its existence is needed now, perhaps more than ever. The message of Our Voices Will Soar Forever will differ for many people. It can be viewed as a rallying cry, a message of hope, therapy, or retributive rage. One thing’s certain regardless: you will acknowledge their presence. Amygdala are gravitational, using the aggression and rowdiness of the genre to make all eyes look their way, and they have some stuff to say while they’ve got your attention.

Lyrically, the band gives a clear and impactful voice to queers of color, neurodivergent individuals, and survivors of sex abuse all channeled through vocal firebrand Bianca Quiñones. There’s so much power in their performance – often, the vocals hold strong with throat-shredding screams and yells, but you’ll catch a voice crack or softening as if on the verge of tears in some songs. It’s so emotive and definitely a highlight of the record. “It Takes a Village” and “I Hate to Say It” deserve special mention as they both show the whole band, especially Quiñones, truly giving it their all. I’m honestly really impressed with the vocals here, but knowing that much of the thematic content here is inspired by Quiñones’s own experiences give you the clarifying moment of ‘ah, no wonder this is so visceral’.

Musically, two guitars, a bass, and drums all provide mosh-ready hardcore with some metallic leanings, showing off diverse writing and composition that subtly breaks the mold. Some examples: “Born into Abuse” has -core-esque leads, while “It Takes a Village” is firmly in the hardcore camp with more low-key melodies and punk rhythm and pacing. There’s more melodic guitar lines that paint a more atmospheric side to the music in “Look Back and Reflect” which is a stark contrast to the confrontational lyrics taking aim at privilege and failed allyship.

If you’re looking for the absolutely searing stuff, turn to the final third of the album which arguably has the most vitriol, but also the most instrumental variance making it worthy of highlight alone. Kicking it off is “Our Bodies, Our Choice” which is a barn burner of a track. Like other tracks before it, it’s cuts deep and fast from the literal first second with drum blasts and burning guitar leads. The point of it all is crystal clear:

This is a topic I can hold no personal identity with… so why do I get emotional when I hear it or when I read the lyrics? Probably has something to do with recent events that affect so many of my friends, but I think it mostly has to do with the delivery of the material. I can’t understate how much of this music you can feel. You don’t have to have a womb or be put in a situation where abortion is a decision you had to weigh in order to feel Amygdala‘s infectious empathy. The same goes with “BPD Versus Me” dealing with mental illness and “I Wish Upon a Shooting Star” which is a depressing, excruciating take on rape and surviving an assault. It may end on an enlightening, sobering note – ‘We have life after rape / We are alive / We will rise‘ – but again, none of this material is easy to listen to even with a dynamic pace and providing more space for the track to breathe.

Amygdala innovate by having true heart, by being vulnerable on a stage that opens someone up like no other. It’s bravery and boldness on a scale that’s impressive on its own, and perhaps many people won’t see the gravity of just how much this means. This is something that’s becoming increasingly common with acts putting their personal life on display to the point of potentially alienating would-be fans, but the reason why this is so important – especially in the context of a hardcore band not comprised solely of thin, white, presumably able-bodied and cishet men – is so others know they’re not alone. This, to me, supersedes the music to a degree, but as I’ve detailed above, it’s not like the band lacks in that department. The music is a battering ram that opens the way for harrowing stories of abuse, gendered violence, racism, political injustice, and so much more that looms heavy over us today. Not to scare us, but to breed solidarity for the hundreds of thousands of millions of people affected by these things and more.

This isn’t baseless aggression, it’s real powerful stuff and it’s personal to me, seeing my fellow Latinx people shine and work to make a difference with their art, to show that people that are like them – and me – have a right to the music just as anyone else does. Amygdala is raw and emotional enough for almost any heavy music fan to enjoy, but their message is one to be heeded even for you fellow ‘woke’ folk out there. Listen to them. Hear the pain in Quiñones’s voice, let the hard work the band put into their music not be in vain. For my money, this is one of the best albums of the year so far because it chose to be so real during a time where that’s appreciated more than anything else. Viva Amygdala – may their voices soar forever.