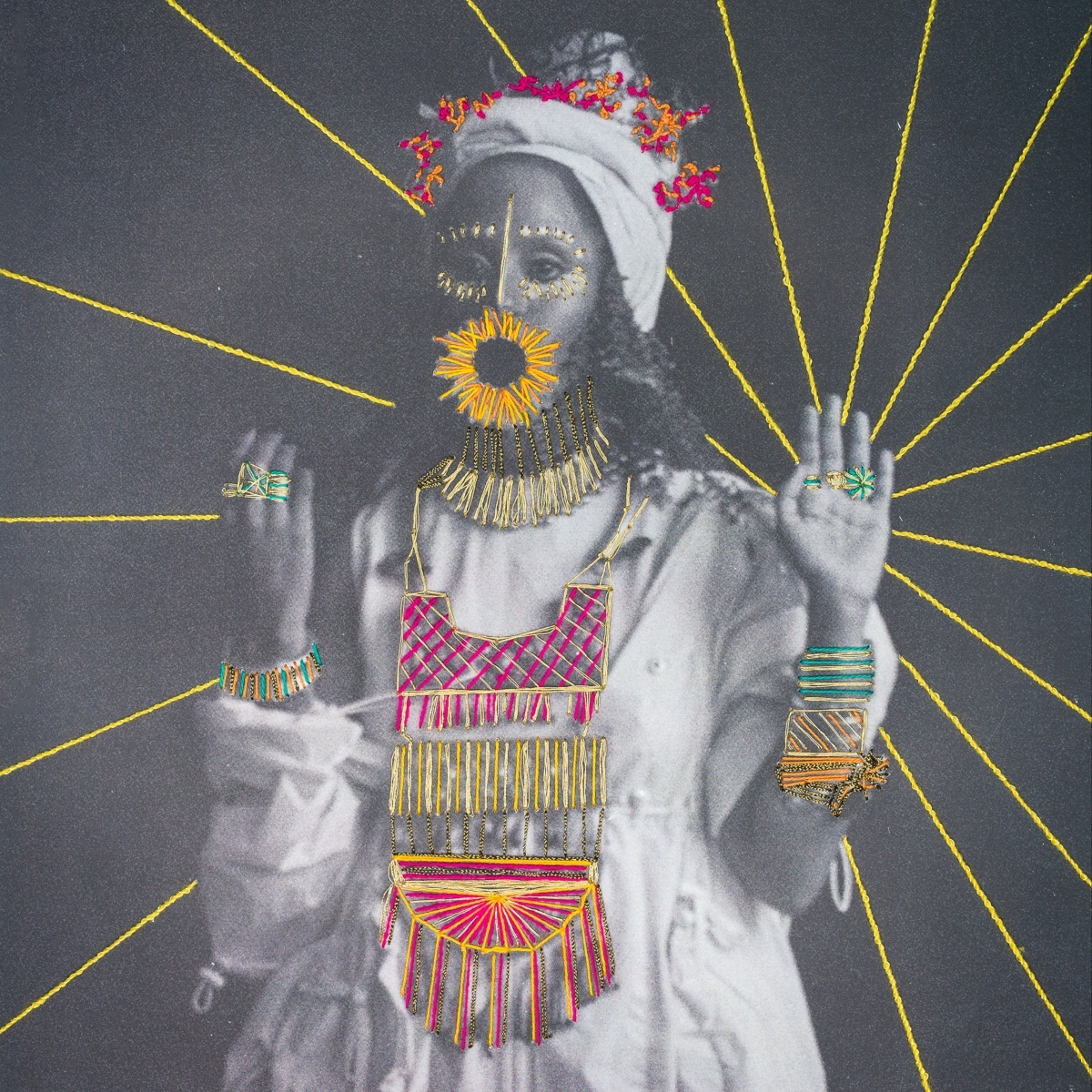 By Dominik BöhmerFebruary 22, 2019 No Comments

A journey to one’s roots and out into the world: Hejira’s new album Thread of Gold is as insightful as it is poignant.

It’s stumbling across little gems like the one I’m about to review that makes this job so fulfilling, but passing these serendipitous discoveries on to our readers is what makes it worthwhile for reasons other than simple selfish enjoyment. Thread of Gold is the sophomore release by London-based alternative soul trio Hejira. Having performed together in a number of different jazz and big band ensembles over the years, and sharing experiences like playing alongside artists like Amy Winehouse or Floating Points, multi-instrumentalists Rahel Debebe-Dessalegne (vocals, bass, keys), Alex Reeve (guitar, bass, keys), and Sam Beste (vocals, keys, bass, guitar, drums) came together to form the core of Hejira, which is rounded out by a large cast session musicians and frequent collaborators on their recordings.

‘If I don’t belong here, where do I belong?‘

‘Hejira’ (or ‘hegira’/’hijra(h)’, as it’s more commonly spelled) is the name given to two distinct episodes in early Islamic history; it’s the first of these that will become more relevant and symbolic later on. In the year 615, a group of the first followers Prophet Muhammad gathered in Mecca escaped Quraysh persecution by migrating to Ethiopia, where they arrived at the court of Negus Armah, also known as Ashama ibn-Abjar. To me, this hijrah not only denominates an instance of quasi-forced Islamic migration, but might also be interpreted as a pilgrimage into self-identity and spiritual freedom. An element of deep spirituality and search for identity can be found all across Thread of Gold as well, and for good reason.

Before we go deeper into that, though, let’s talk about the actual music for a little while. “Joyful Mind” is the second single released off Thread of Gold,  and presents a delightful mélange of African rhythms, Arabian melodies, and modern Western soul. Crystal-clear guitars ring against warm bass lines and heartfelt vocals. ‘Maintain a joyful mind’, sings Debebe-Dessalegne in the song’s chorus – we’d all do well to follow her advice in these uncertain times. Diversity and familiarity intermingle beautifully throughout the track’s almost five minutes of runtime, making for an effective introduction into the band’s unique sound.

‘Do whatever you need to free yourself‘

The story of how Hejira conceived the idea for Thread of Gold is a truly fascinating tale, set in motion by a chain of events in the personal life of Debebe-Dessalegne. After the death of her father, she and her band mates travelled to Addis-Ababa, the capital of her homeland Ethiopia. This is where things come full circle, as the journey turned out to be more of a pilgrimage for the vocalist/multi-instrumentalist. Exploring the country her family stems from helped her reaffirm her own ancestral roots and cultural identity, an experience which ultimately made its way into the music the tight-knit trio wrote while journeying through vast lands and dense cultures, the known and the foreign, past and present, searching for inspiration and deeper meaning.

‘Ethiopia became a backbone and a point of reference’, says Beste of their time spent there; indeed, it has informed every aspect of their new album. Lyrically and musically, it’s hard to deny the impact the country and their expansive travels within it must have had on the three. For example, a song like “Lima Limo” couldn’t possibly have come from any other constellation of people with any other perspective under any other circumstances. Named after a mountain path located in the Northern parts of Ethiopia, it seamlessly integrates recordings of group chanting into its cordially cosmopolitan composition. Spacious keys, handclap-enhanced percussion, and the dancing bass build a solid foundation for Debebe-Dessalegne and Beste to lay their entrancing dual vocal lines over. Their voices work incredibly well together, which lifts Hejira’s already fantastic music to an even higher level.

Hidden under a thin veil of white noise, “You” anticipates its repetitive main lyric (‘I just want to get to know you again’) during its intro, only to strip away this cautious cushioning, revealing the song’s once more rich and inviting instrumentation. The drums sit perfectly in the mix, providing a varied mix of percussion elements for the bass to sneak its way around. Keys and guitars softly bloom throughout the track, peeking their heads into the spotlight for a few short, sweet notes every now and again, making their calm presence known amidst the stellar vocals. Before long, “You” fades back into the gently whirring buzz from whence it emerged.

I’m simply enamored with this charming little record. Not many bands are as apt at casting their eclectic influences in an accessible mould as Hejira are; in fact, only one such group comes to mind right away, namely Khruangbin, which should give you a good idea of the league this band is playing in when it comes to the quality of their music. Thread of Gold is self-assured, worldly, and utterly enchanting. Behind the intriguing, highly symbolic artwork by Victoria Villasana lies a world of wonder, beauty, and enriching experiences the likes of which you would be stupid to pass up on.