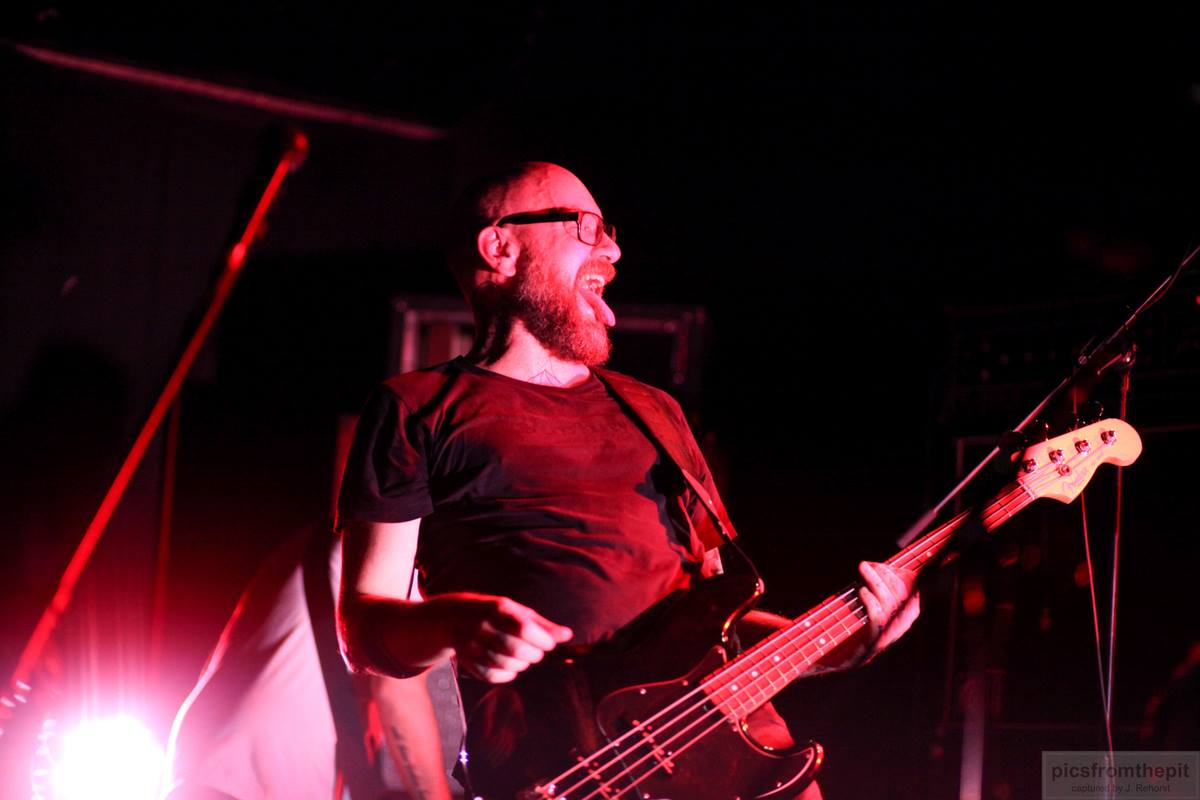 By Ashley JacobFebruary 22, 2019 No Comments

Bellrope embark on their mission to crush all senses, and make us take note of their talent, with an album that does anything but relax.

You Must Relax is a full unapologetic immersion into the fuzzy low-end brand of sludge-doom which has been so well perfected by bands like Conan. And how do these German sonic brutes contribute to the genre? Well, with very little mercy and a whole lotta passion.

One could argue that this is well-trod ground. But in a category of such honest dissonance, there is always room for one more, just so long as that one more do it properly, and these guys do. Amidst the unique trinkets available in You Must Relax (of which there are a number), listeners also get the classic traits of filthy-as-hell sludge-doom. These include the mega low-end guitars and bass, utilized within a hefty sprawl of groovy breakdowns, and harnessed in a distinctly bluesy Black Sabbath-esque key. We also get those thunderous galloping drum moments, and the sped up, but still decidedly groovy act-closures.

But the glossiest of all of Bellrope‘s treasures are the vocals. They are constant, varied, and a wonderfully crafted convention of You Must Relax which bind all the musical elements to dazzling effect. All of this is apparent following the maniacally arranged and torturous wailings of intro track “Hollywood 2001/ Rollrost”. The first musical sludge opus, “Old Overholt”, is a fine presentation of those all-encompassing vocals and the band’s brutal competence in general. These nuances are carried forth in title track, “You Must Relax”. But then, from this moment onward, things get really interesting.

For my money, “TD200” is the central party-piece of the album. It is in fact one of the coolest sludgy doom songs I have ever heard. Take your pick from the clever riffage, combined with the strangely grungy sort-of-clean vocals in the intermissions, and the guttural screams emitted by the singer in the rest of the track. It’s impossible not to become entranced the overall bone-crunching chug of the song’s second half. It’s a real game changer for the band, which takes all the vintage elements honed by Bellrope and use them to create something wholly new and spectacular. If you weren’t convinced at the start, then you bloody well should be by now!

But there is still one final ear-pummeling and decidedly epic number to round the album off in the form of “CBD/ Hereinunder”, a song where the band give themselves room to tinker with some noisy leads and spacey soundscapes. So even after all the cascading nastiness of the rest of the record, we get some proggy elements to finish off, just for any straddling doubters of Bellrope‘s musical proficiency.

My hat goes off to Bellrope. They picked up their instruments and they gave us everything they had in this record. It’s clear that they are extremely enveloped in the conventions of sludge-doom, but it also seems like that just wasn’t enough for them. Just so long as You Must Relax doesn’t destroy your eardrums altogether, you will find it to be more than the sum of its parts. With the changes in groove, the varied vocals, and the added noise on top, it presents itself as the total package and the complementary free gift. Listen to this if you want your face blown off, and if you want to hear a band who have zero room for stagnancy in their agenda.