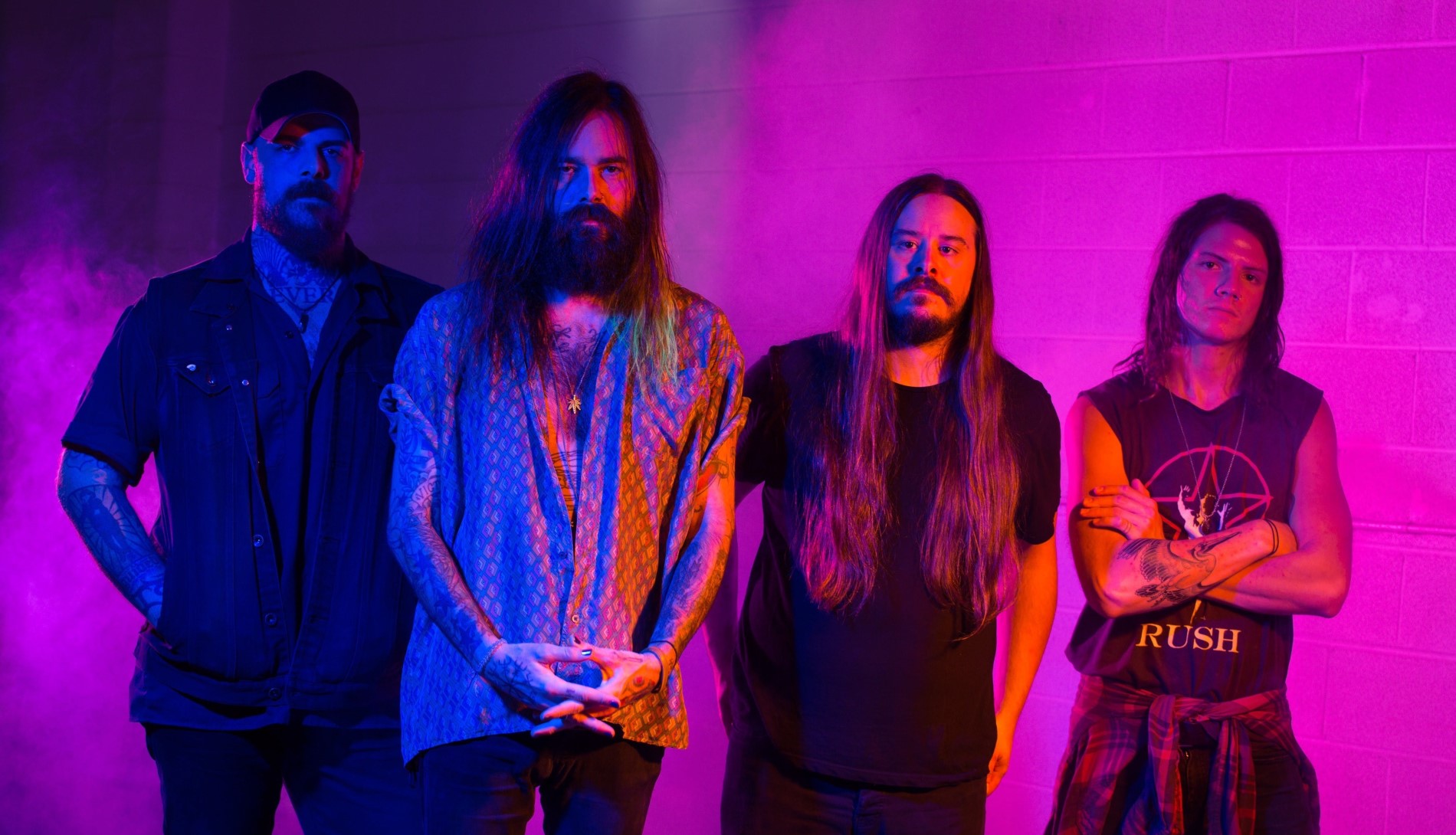 He Is Legend are back, and badder than ever before with White Bat, a stunning, sinister beast of an album that is easily as distinctive and memorable as its inspiration.

I have been an avid fan of He Is Legend since their debut EP 91025 back in 2004. Their music and the concepts behind it have always fascinated me. Naturally then, when I discovered that HIL were returning and naming the upcoming album White Bat, my interest was instantly piqued. The record – their sixth full-length – is inspired by the 2018 true crime bestseller I’ll Be Gone in the Dark: One Woman’s Obsessive Search for the Golden State Killer. Written by the late Michelle McNamara, it follows her personal pursuit of the infamous serial burglar, rapist, and murderer. In preparation, vocalist Schuylar Croom visited a plethora of LA’s darkest spots to entrench himself in a suitably shadowy state of mind. He stopped at the likes of mausoleums, the Museum of Death – even paying a visit to the grave of Walt Disney. Croom stated that this grim pilgrimage of sorts was ‘…like preparing for an acting role.‘ That sentiment perfectly captures the essence of this album; it’s a record that takes on a very unique character, straying from many of the norms of ‘heavier’ music. Instead, White Bat experiments and expends everything on an experience that is sure to stand out from most other records you’ll hear this year.

Musically, White Bat picks up wonderfully where 2017’s Few left off – just as dark, just as dirty, just as hard. Mere bars into the opening title track, the statement is clear: ‘You’ll never catch me in the light/I’m why you lock your doors at night.‘ It’s a menace worn proudly by HIL, and oozes from every pore of the record. Fans of the malicious, southern-tinged groove peddled by the likes of Every Time I Die will savour what is served up here by the North Carolina quartet. Thick riffs and dexterous fretwork courtesy of Adam Tanbouz lead the charge. Thunderous basslines from Matt Williams and a mostly merciless battering of drums from Jesse Shelley complement each other perfectly. ‘Mostly‘ is a conscious choice of word here, because White Bat isn’t a one-trick pony. It contains a multitude of dynamics and genre influences across its eleven songs. From metal to blues via classic rock, country, thrash, stoner, grunge, and even a hint of sludge: the album truly is deliciously and diversely dark in every aspect.

'You'll be silent forever/And I'll be gone, gone in the dark'

By the time second track “Burn All Your Rock Records” is comfortably underway, any hopes of a quiet night for the neighbours are well and truly shattered. Croom’s visceral growls of ‘What’s that racket?/Keep it down‘ will, in all likelihood, have the entirely opposite effect as you reach for the volume control. That said, HIL employ a sense of foreboding in versatile ways. Songs don’t have to be fast or brutal to impose and demand attention here. On the contrary: the solemn, brooding numbers with ethereal melodies and expansive chords – characteristic of many slower HIL songs – command presence as thoroughly as the pacier tracks on White Bat. Nestled in the latter half of the record, “Uncanny Valley” sounds very much like a worthy continuation of the “China White” saga from the band’s earlier works.

Eerie vibes persist not just in the music, but also the lyrics themselves. Many songs link back to the source material, revolving around intense and sometimes uncomfortable themes. White Bat weaves narratives of violence, passion and obsession. A perfect example crops up in the spectacularly creepy “Resister, Resist Her”, with Croom crooning ‘This would be easier to do/If i could rest in peace, with pieces of you.‘ Knowing it’s based on actual events just intensifies the effectively macabre nature of this album even more.

What’s most impressive is how White Bat teems with traces of HIL‘s previous works. The raw energy of I Am Hollywood is here, alongside the memorable melodies of Suck Out the Poison. It flaunts the attitude of It Hates You and Heavy Fruit, all tied up with endearing groove of Few. And yet White Bat still sounds refreshing, despite these fragments and homages to previous outings. It will likely be adored by long-term fans, while the uninitiated can find plenty to love in its skulking, prowling intensity. This goes for every song on offer, right up to “Boogiewoman”, the album’s sprawling closer and latest single.

In short, White Bat is a stellar effort from a band who, personally speaking, have yet to disappoint. It showcases a group of musicians who, through years of challenge, change, and toil have continued to produce records of unbridled passion. This album is just the next chapter in a weird and grim journey that is so much fun to experience. But much like the concept behind the album, White Bat is a dangerous, different beast; it lurks in shady recesses, waiting. Beckoning. It eagerly lures you into its gritty, infectious clutches. Make no mistake though – you are very much the prey here, and with White Bat, He Is Legend are intent on devouring your time and attention. My advice? Let them. It’s worth every damn second.