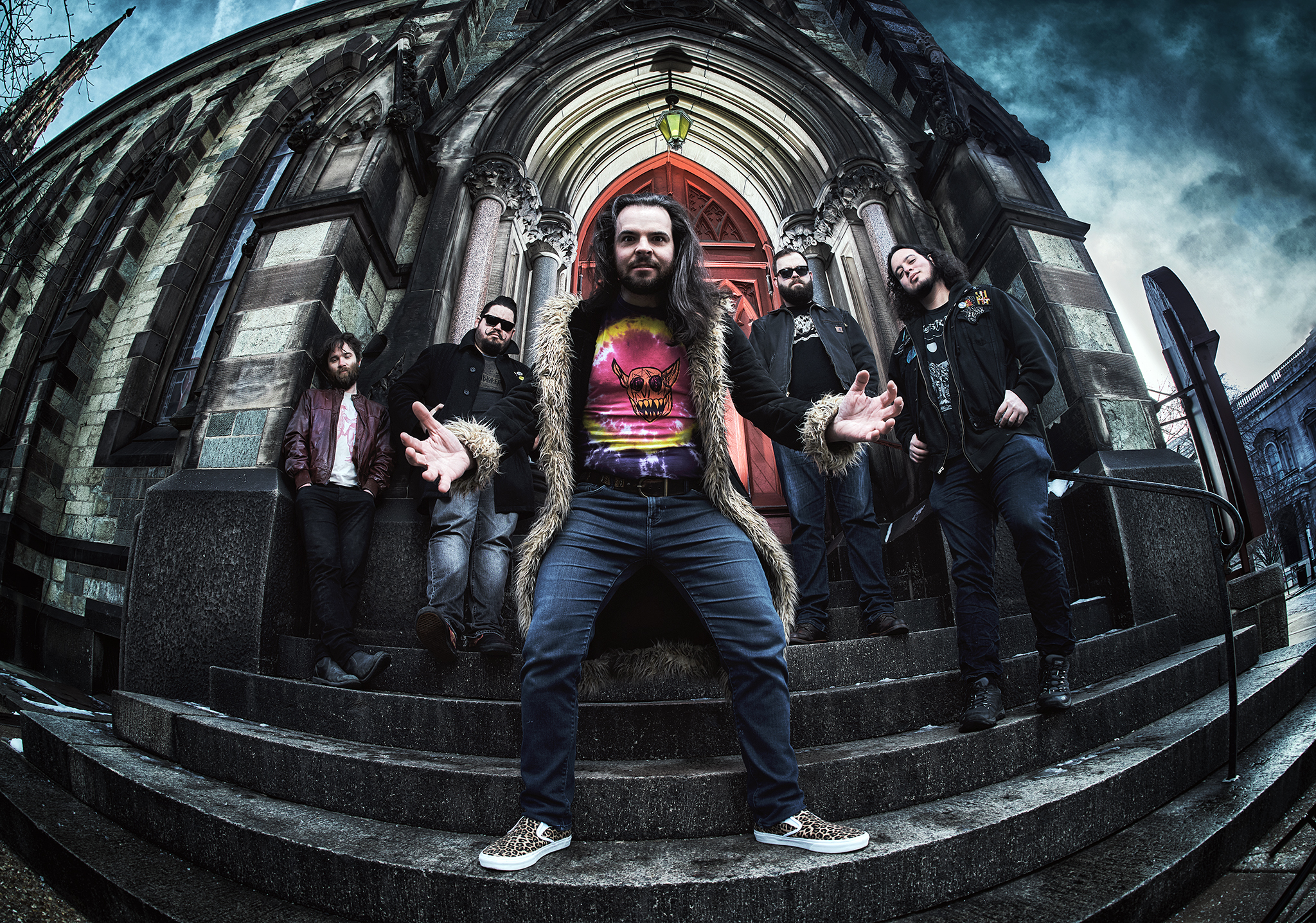 Haze Mage take you on a hazy trip into the world of fantasy, with sword (or bong) in hand.

2019 has provided us with an absolute ton of impressive stoner/doom so far. Maybe it’s me paying more attention to the genre, but it seems like we’ve been inundated with a lot more than usual in four months, so some has slipped under the radar or come across as a bit lackluster when compared to ten other albums that came in the two months before it. Haze Mage had me captured immediately with Chronicles. The plethora of hazy riffs and crunchy grooves speckling this album are more than enough to keep you happy and satisfied. Add in the kick-ass classic heavy metal themed vocals and lyrical content in each song that feels like the description of a different Dungeons & Dragons campaign, and you’re working with magic. Haze magic, that is.

One of the biggest complaints with stoner/doom I always hear from people is that it’s boring. The riffs themselves are boring, it’s too slow, there isn’t enough deviation in songs, etc. I would recommend anybody who feels that way to check this album out if you’re willing to give the genre a second chance. If “Storm Blade” doesn’t make you fall in love, or deeper in love, with stoner rock, you’ve reached your endpoint.

This is a song that has everything I could ever hope in the genre. The riffs are heavy and captivating, the drums are crazy fun, and who doesn’t love lyrics about magic space swords that will steal your soul? All of these things are accompanied by a constant wall of fuzz reminiscent with any of your favorite stoner albums, providing that smothering atmosphere that will fill your lungs like a toke from the magic glass of the “Bong Witch”.

If I had any complaints about the album, it would be that I don’t smoke weed anymore and therefore can’t answer the question of what the “Bong Witch” might see in her glass. Nonetheless, the song rips as hard as any other on the rest of the album, or more aptly, as much as a broadsword through a goblin neck. Haze Mage balances out the heaviness of doom riffs with the melody and speed of stoner rock, providing one hell of a journey.

“Harbinger” takes the cake as the most impressive song on Chronicles by far. Beginning with a Mastodon-esque riff, the track feels like most of the album from the start. Fuzzy guitars and steady percussion lead the way as the vocals provide another fantastical tale. Partway through the track, a blast beat takes center stage, accentuated by harsh guttural vocals paired with the soaring cleans that have led the rest of the album. The rest of the track features harmonizing choral vocals, black metal vocals, and more fuzz. It was a pretty crazy flip from what Haze Mage offered before this point, and a sign that they may have more tricks up their robe sleeves than meets the eye.

The closing track of the album, “Dread Queen”, is equally impressive to “Harbinger” in the inundation of fresh influences to the track. It begins with a folky acoustic passage for starters, with tinges of blues guitar added into it. The touches of blues and americana are incorporated smoothly, coalescing into a vocal passage as the drums are added into the mix. This track is a slow burn, adding more fuel to the growing fire until it erupts with the common soundscapes the rest of the album have built. The outro riff even gets a little bit of post-metal vibes, rounding out the album with some more diversity.

Chronicles isn’t going to take the world by storm, but it could perhaps provide a spark of inspiration for your next tabletop game session or provide tasty jams for your next smoke session. It is a very worthwhile listen and a notable addition to the wide-reaching world of stoner/doom, and makes for a damn impressive debut. If you are looking for solid tunes in that vein, but want something that reaches a bit above and beyond while being heavily grounded in the haze, turn your attention to Haze Mage, breathe deep of the magic, and get taken away on their fantasy ride.