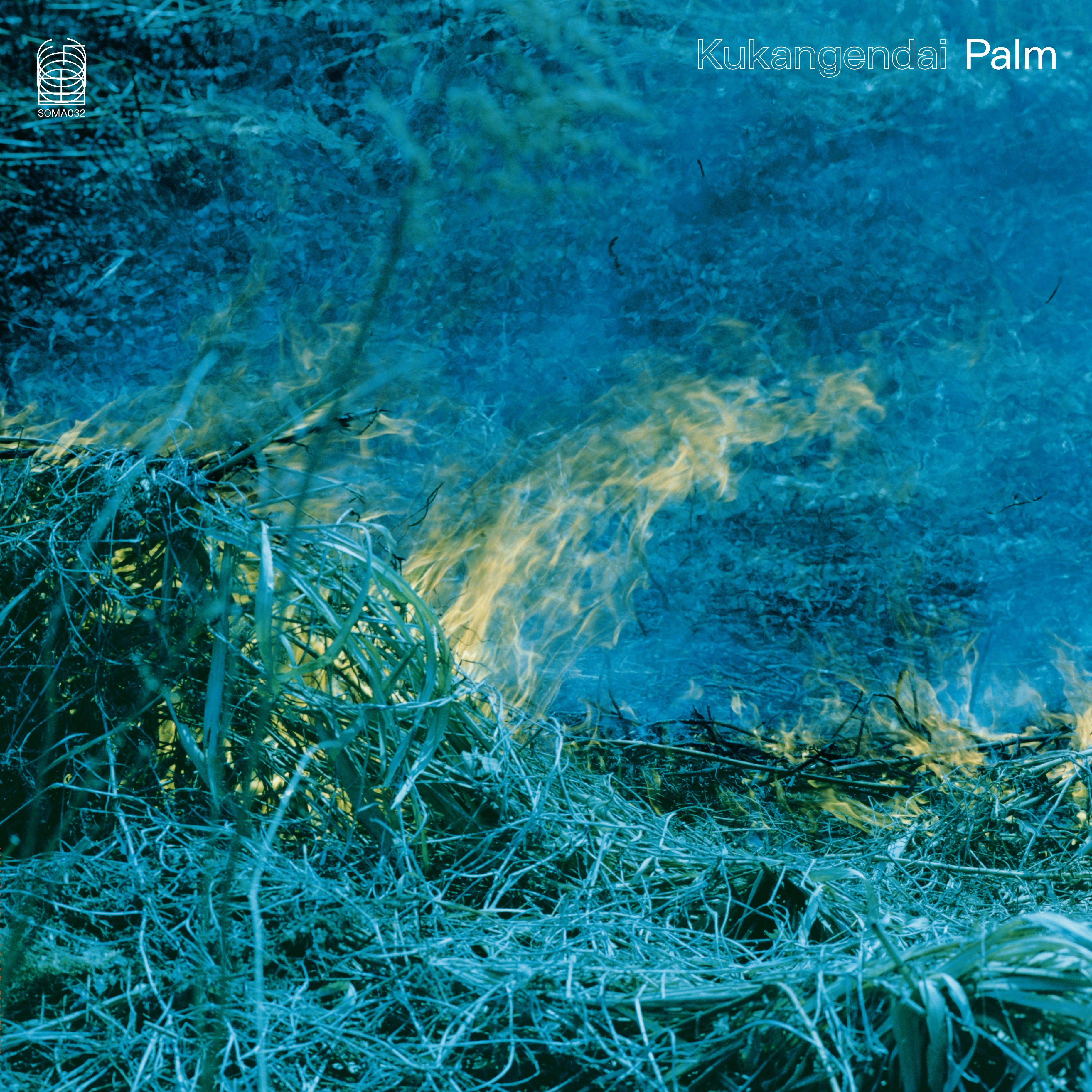 Kukangendai created a minimalist math rock record with Palm that plays with experimental sounds while never using more than guitar, bass, and drums.

In music, oxymorons don’t seem to work quite the same as in real life. When someone says a there is a ‘blinding darkness’ you’d think that it’s a creative description, yet you know that something like this doesn’t exist. In music, however, oxymorons can often lead to fresh, unconventional ideas some might even see as bold. Thus is the case with Japanese math rock outfit Kukangendai. The band seems to be far removed from what you usually expect and to hear when you think of Japanese math rock, as Kukangendai brings in a minimalistic element. Minimalism in math rock doesn’t only seem oxymoronic, it sounds straight up surreal, yet here we are. So what does the bands album Palm have to offer?

Palm opens with the track “Singou”. A very dry sounding electric guitar makes the first move, playing only a sparse amount of notes in an elaborate polymeter. These notes are complemented by the bassline, which mostly reside in the background of the track, spastically interfering with the rhythm of the guitar. Only when the drums come in does the song gain the previously absent structural reinforcement. Not less minimalistic or chaotic, the drumming brings in a grounded element that anchors the track. Further down the line, the heavy crash hits that seemingly dissolve in reverb and the progressively busier drumming fill out the song, giving it both atmosphere and direction.

The concept of minimalism over a complicated rhythm section fires up the imagination of the listener. There is a phenomenon in which people who hear the correct notes to the singing in a track can actually hear the words as well if the track is familiar to them. This happens because your brain automatically fills in missing information. A similar thing happens here, where our brain fills in the space between the notes. Listening closer to the harmonic overtones and producing an experience that is just as real as it is imaginary.

Let’s talk about my favorite track on the album, which is quite different from “Singou”. “Sougei” starts with swelling chords and typewriter cymbal work, clicking gently. These swelling chords that give the song an otherworldly spin are mixed in with chords as the track progresses, giving an experimental and smooth flavor to “Sougei”. Bass joins in and disrupts the harmony with dry, convulsing rhythms only coming to a rhythmically congruent state every so often, like a full eclipse. As the guitar continues, it seems to split the swelling and the normal playing into two distinct personalities for the instrument like a schizophrenic string ensemble. The duality of this track, namely the immense work that had to go into thinking of this concept and its rather minimalist execution, make this one of the most interesting songs on the record.

Kukangendai will probably not be a band for everybody. Their eccentric style, singular approach to the genre, and experimental attitude make this the perfect project for people who like their music obscure, forward-thinking and with a distinct flavor. The production of Palm is just as minimalist as the record itself, with barely any effects and just the bare minimum of mixing and mastering. This possibly hurt the record a bit though, as the bass which played an important part in creating those pieces of music, can come off as too shy and too far back in the mix. Apart from that, I enjoyed Palm and its refreshing ideas greatly.