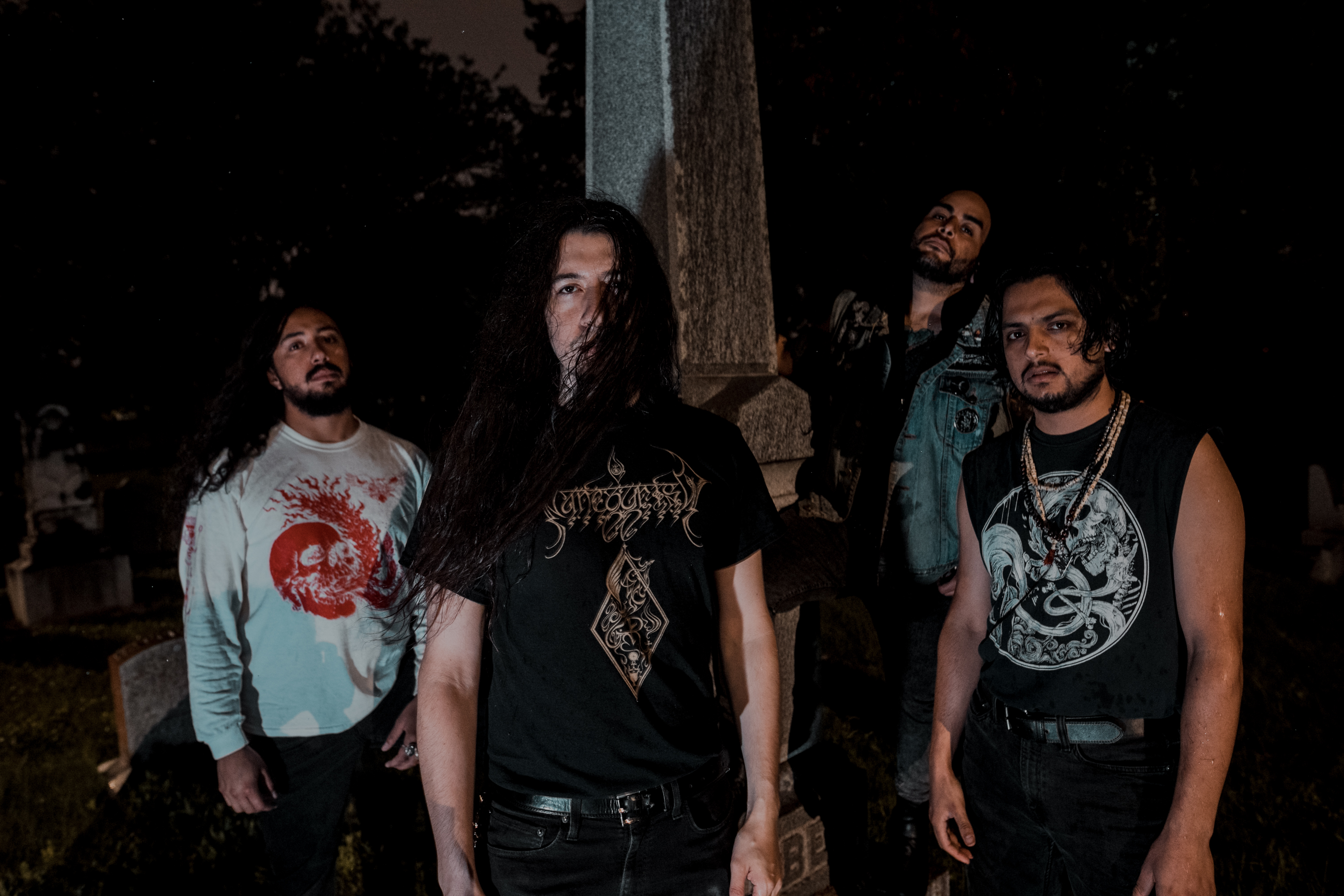 By Robert MiklosJuly 6, 2019 No Comments

If catacombs and dungeons had a sound, Sacramental Death Qualia is that soundtrack. A furious display which is relentless, punishing and extremely dark.

With a name like Sacramental Death Qualia anyone would be certain that this isn’t easy going in any way, and that would be correct. This is Haunter‘s sophomore record and it howls and bites like any proper death and/or black metal record should. Haunter are a group of musicians from San Antonio, Texas, and while they are young as a group, they show a fair deal of promise. This isn’t your average blackened death (deathened black?) metal affair, it’s quite more than that.

Spanning across five mammoth tracks over the course of nearly fifty minutes, the album showcases an interesting portrayal of old school aesthetics and tropes interlaced with a slightly modern compositional phrasing. The bedrock of the record is made up of a progressively inclined death metal layer upon which strong black metal tinges are hammered. Sometimes they switch roles, but for rather short amounts of time. More to the point, the album starts out guns blazing with a massive appetite for destruction, so that’s off to a good beginning. Just as we get used to the pummeling torrent, we are subjected to a more loose, almost ambient styled tune. That’s not to say the bleak, creepy air is gone; it’s all there, but it keeps it easy on the tempo and the layers to give some breathing room and some of that sweet dynamic. That’s basically “Dispossessed Phrenic Antiquity” to put it as such.

Over the course of the second track, “Spoils Vultured Upon Sole Deletion”, we witness more of the same, albeit in the form of a more diversified variation. Around here it is quite obvious that the band knows exactly what it’s going for and how it has to be obtained. The instrumentation is monstrous, save for the easy going interludes and the vocal delivery which resembles nothing short of some occult demonic ritual meant to summon dark entities. This all works very well with the lyrical aspect of the album, which seems to be rooted much more in the black metal domain than the music itself. Worded just as intricately and ominously as the tunes themselves, an occult-leaning congestion of ideas and metaphors that aptly complements everything about this album.

The only actual breather on the record is “Abdication” and it is a much needed once since the track that follows pushes us deeper in this labyrinthine and abyssal rabbit hole. The quintessence of the album stands on a smoldering effigy of tenebrosity as the title track. “Sacramental Death Qualia” showcases in equal measures all the strengths of the record and the band, as the longest running segment of this album. For good reason as well – this kind of exposition requires a fair amount of space. Here it is, finally obvious that the rough, grinding, murky production served a great purpose, that of truly making the entire ordeal as caliginous as possible.

Haunter show us that there are still aspects of this particular niche that can be extracted and distilled into something worthwhile. Sacramental Death Qualia is a pungent and stygian experiment, one that effectively balances overused tropes with a good sense of architectural prowess. This album would be more at home playing as the natural sound of Mordor more than any other place if I were to name one.