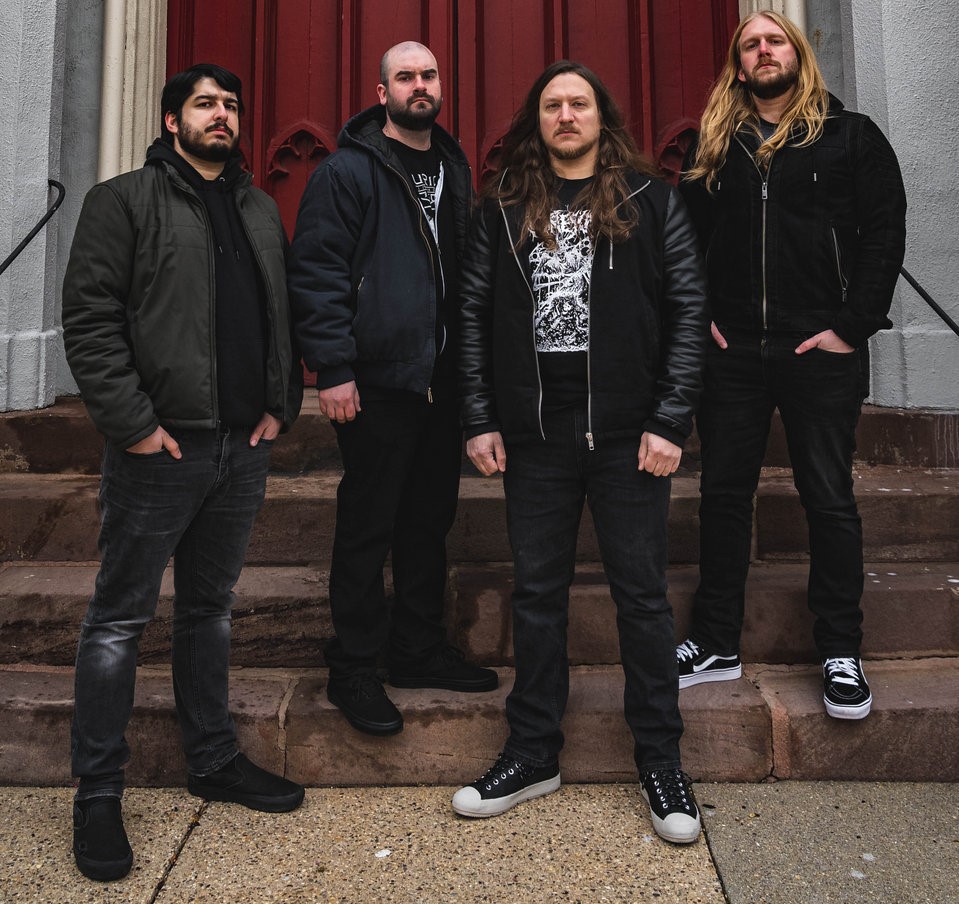 Hath – “All That Was Promised”

By Robert MiklosFebruary 28, 2022 No Comments

After a harrowing journey that told us only tales of rot and ruin, we receive all that was promised.

I raved a little about the band’s debut full-length Of Rot and Ruin almost three years ago; I’m pretty sure I annoyed a lot of friends by being tunnel-visioned in my rants over how awesome that record was. I’d say it was for a lot of right reasons, and because it fucks like the oh so distant heat death of the universe of course. Imagine my excitement when I heard that a new album is in the works. Like in cartoons, my eyes busted out of my skull and morphed into the thing I wanted the most, but instead of golden dollar signs it was thick, demolishing riffs.

Luckily enough for me I didn’t have to wait, having had the absolute privilege of listening to All That Was Promised well before release date. To an extent, I could say the wait for the album was worth it, and that it will fulfill fans of the band as well as fans of a more blackened kind of death metal, although to a different kind of extent, my expectations have been subverted. To be fair, Of Rot and Ruin really set one wild fuck of a bar to surpass, something that I now don’t expect to see upped anymore.

Don’t get me wrong: All That Was Promised is an absolute banger of a record and it stands mighty as a devastating and monolithic kind of metal experience. It’s just that it isn’t anywhere as glorious and diverse as one would’ve been lead to believe based on previous experiences with the band. Yeah, sure, it’s only their second album, and I’m being a pedantic madman splitting hairs at this level. Definitely take all of the ‘downsides’ with a boulder of salt.

Taking a step back from my unrealistic dreams and musical fetishes, for all intents and purposes, All That Was Promised is an incredibly solid death metal album. It has practically no dips of any kind throughout its runtime, and it goes hard like a planet-crushing steamroller powered by sheer anger and grit. It can feel maybe a little monotonous listening to it back to back a few times. The level of its consistency and the dynamics between the layers sort of give it a uniform stream feeling, which when listening repeatedly, coupled with a not-so-active listening behavior, will lead to this effect.

Case in point, on my first listen I wasn’t exactly intently focused, and thus I sort of drifted partially. It felt like I just stared away from the playlist for a few moments and when I looked back, I realized that four songs went by. I was pretty confused to say the least. Now, no matter how much you’d doze off, the fifth track, “Decollation”, would whip you right back into the whole thing. It starts out just bristling with power, frothing at its mouth, bursting with one of the filthiest deliveries I’ve heard in all of metal in recent years. Towards the mid section of the first half, we get some of that epic and glorious stuff I so sorely missed on Of Rot and Ruin, and I basically wished the entire album was just variations of this song. It ends with such a rapturous and thundering clap that I felt the metaphysical weight of its balls crushing me to smithereens. I’m going to go ahead and call this the best metal track of the year – I’m pretty certain no one is going to top this.

Speaking of reminiscence to Of Rot and Ruin, “Death Complex” hearkens back to it a little with its riff work, and I am very much enjoying that callback, of course. It comes complete with a slashing guitar solo that feels like its writing its shriek in the sky with fire. Obviously, each track has its own unique charm and character, but I’ll leave it to you to discover all the quirks; however, I’m still sticking to my verdict that, structurally, things are a little more linear than on Of Rot and Ruin this time around. It seems like the band decided to (hopefully only temporarily) drop the more progressive leanings in favor of a straight-up and direct ‘pummel-you-to-the-ground’ kind of structure and delivery. It definitely makes for a more metal experience, so I have to give credit where it’s due.

There’s basically no low point, or passage that feels like it’s dragging. The record will ultimately keep you engaged throughout its entire runtime. It’s a lean and mean mass of energy that always begs for another run. The production All That Was Promised is highly reminiscent of its predecessor, favoring very dry and saturated guitar tones, fat and loose layers mingling between one another, while managing to remain individually intelligible. The overall density remains just as crushing and relentless, feeling both like a wall of sound, but as distinct layers hitting you at the same time. All That Was Promised practically delivers on the implications of its title. May Hath reign long and brutal!