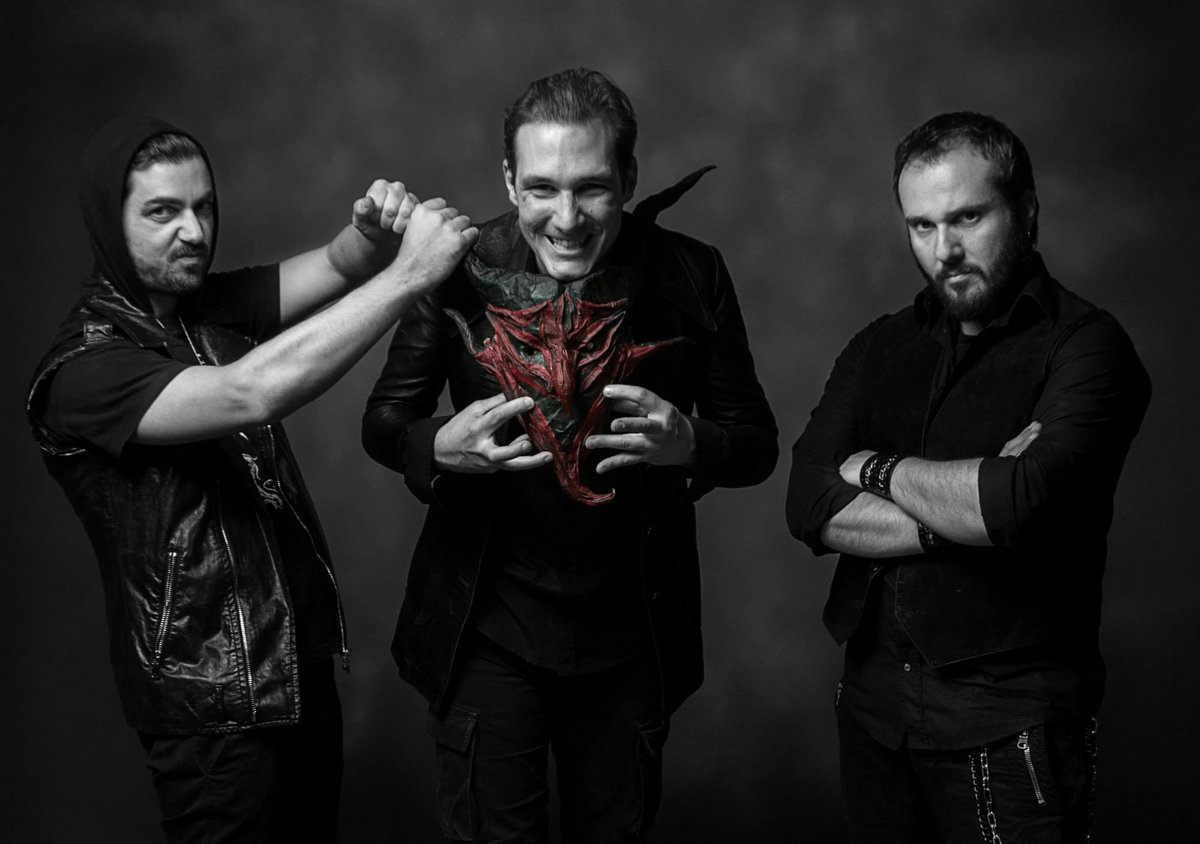 Hail Spirit Noir takes us on a mesmerizing sonic journey brimmed with retrofuturistic sensitivities and heavy psych prog with their fourth full-length record Eden in Reverse.

Hail Spirit Noir is no stranger to experimentation. Right from the get-go with their first full-length album Pneuma, the Greek trio (now sextet) introduced a blend of black metal, progressive rock, and psychedelic music. Regardless of this apparent contradiction, their sound was fresh, intricate, and captivating. The subsequent albums maintained this very trend. By Mayhem in Blue, however, some of its tracks were developed in a more collected and deliberate fashion. Enter Eden In Reverse: an album that is as bizarre as their preceding efforts, but not in the way that one might think.

From the first few notes of the opener “Darwinian Beasts”, one might assume that Eden in Reverse would become yet another consistent record for their already solid repertoire. Yet as the song progresses and transitions onto the second track, “Incense Swirls”, there is an evident change of pace. Instead of their familiar black metal endeavors, we are greeted with… Kraftwerk-esque synth leads? This is quite a departure from their earlier efforts, though do not let that become a hindrance. These two tracks are a daring milestone for Hail Spirit Noir, as Eden in Reverse is a surprisingly expansive record where dynamics and textures are favored over the perceived abrasiveness found in past records.

Synth-ridden in its entirety, Eden In Reverse guides the listener through layers upon layers of soundscapes, unlike anything a band of this nature has put out before. Be it the warping and spacey elements embellished on “Alien Lip Reading” or the fierce and otherworldly sounds the Moog synthesizer belt out on the closer “Automata 1980”, these stylistic choices elevate each and every one of these tracks, instilling a sense of otherness that is uncomfortable to the senses. Complementing the synths is a production that is crisp and encompassing, all while sounding unexpectedly crushing! Although not exactly in the way one would expect from a typical metal record. To kick it up a notch with all the changes, growls are barely present here (save for the outro of “Alien Lip Reading”), as new vocalist Cons Marg brings a meditative approach to the overall sound that further accentuates the uncanny qualities presented on this record.

The essence of black metal is not completely abandoned, being subtle in its ebb and flow among the retrofuturistic synths. Yet there are moments where one has no choice but to wear a smug face and grunt out the word ‘kvlt’. Take “Crossroads” for instance. Featuring none other than Lazare from Borknagar fame, it is one of their more straightforward cuts, with a mighty infectious chorus and energetic riffage, only to end with a kick in the face from a violent blast beat.  While on “The First Ape on New Earth”, the grittiness enveloped in the track showcases a band that is keen on maintaining their calamitous roots.

Eden in Reverse is not merely an effort to further delve into new sounds. With this new record, Hail Spirit Noir also excels in worldbuilding. The nightmarish landscapes manifested in “The Devil’s Blind Spot” channels a sense of urgency that is as bewildering as it is unnerving. This is much more evident in the aforementioned closer “Automata 1980”, which evokes a feeling of falling in a distorted time-warp onto the unknown. Keyboardist Heris mentioned that Stanely Kubrick’s 2001: A Space Odyssey was a source of inspiration for their overall sound in an interview held by The Independent Voice. With “Automata 1980”, it is damn hard to be convinced of otherwise.

Bands often expand their horizons and influences when fleshing out new records. This is inevitable, necessary, and encouraging for a band’s growth, but it is quite an impressive feat when their craft exceeds any expectations and transforms the way one approaches listening to music. Of course, their past three records greatly showcased their flexibility and their creative prowess, but in Eden in Reverse, it is executed with great confidence. The care and attention they put into this record brought forth an array of sounds that is immersive, piercing, and surreal to the senses. It is safe to say that Hail Spirit Noir delivered once more an ingenious proposal to the ever-winding music genre of avant-garde metal.