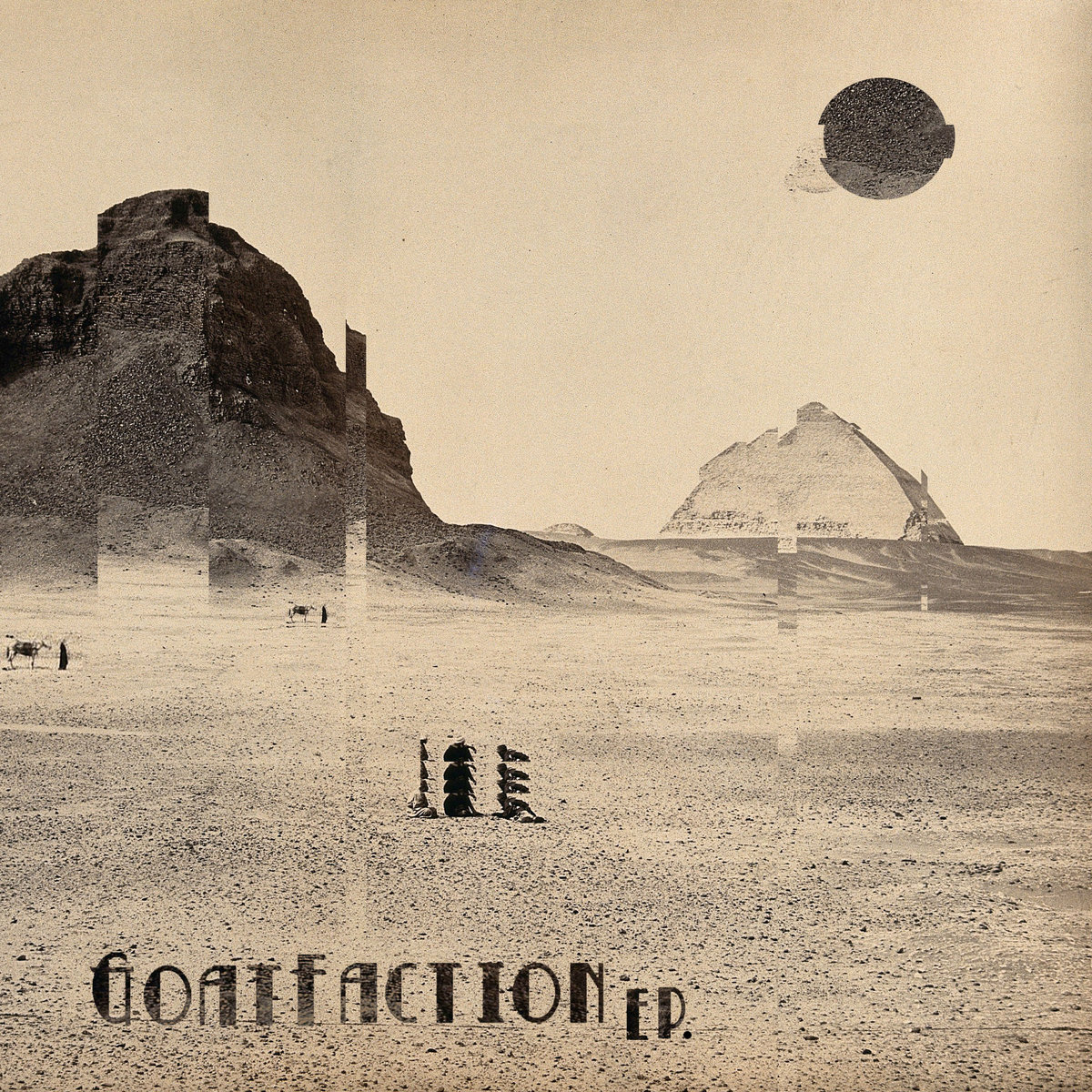 By David RodriguezAugust 24, 2018 No Comments

Goat Faction show off a promising début EP, filled with psychedelic elements, using progressive rock to rein it all in for a cohesive package of tracks.

A quick look at Goat Faction‘s influences pulled from their Facebook page’s about section shows they have some eclectic taste. ‘Interesting bands, movie soundtracks, random strange sounds, the soundtrack to Vice City, and the music in Mega Man games‘ all seem to pique their collective interest. Well, dang, Goat Faction, me too! We’re off to a great start. To my surprise, their sound is something pretty much entirely different, the Australian four-piece choosing to straddle rock’s progressive and psychedelic proclivities with relative ease. Their self-titled EP looks to form soundscapes that both please and perplex the ear.

Seeing as this is music that lacks vocals, it’s solely up to the instrumentation to entice a listener. More standard and conventional parts of songs pull you in like a tractor beam before dropping out and letting more unusual elements invade you. It’s less of a bait-and-switch and more of a gradual and progressive acceleration and deceleration; an ebb and flow of oddities. A striking complementary relationship exists here which makes sense. After all, order cannot exist without chaos.

Psychedelia creeps into the folds of the music often, warping the mix and blurring the audio. These segments remind me of how The Mars Volta would play with reverb and echoing with their guitars, especially during their De-Loused days. It’s as if the music hallucinates due to the absolutely merciless, arid Australian heat. Throughout the album, but chiefly on “Erebus”, you’ll hear wobbly screeches from guitars fill the atmospheric void as an example. “Night Crawlers” is true to its name, utilizing sounds and techniques that mimic creatures rustling in the dark just out of sight. Or maybe we are the night crawlers, wandering through a wasteland of trippy riffs and negative space.

If you’re like me, you’re here for the prog, and there’s no shortage of those moments on here. Whether it’s off-kilter drumming or bathing a song in synths, Goat Faction like to show their progressive side. Much of “Patagonian Bulkhead” dabbles in this. The intro sounds like something you’d hear a more classically inclined prog rock band insert in a several minutes-long epic. The ending of the track restrains each instrument and incorporates some ambient toying that culminates in eerie soundplay.

The fact that this is a début usually means a band is finding their footing, exploring their sound, and trying to attain early investors. While I think Goat Faction have crafted an interesting sound worthy of delving into, I’d like to see them get more wild in the future. More progressive, more psychedelic, hell, even more rock! Whatever the band sees fit for their artistic journey. I can see the potential for them to forge some brilliant mind and ear candy, and I’d love to follow them on the path to its realization.

Goat Faction show off some supremely solid psych-rock here. It’s weird and different, but also palatable. They don’t overextend too far into the unfamiliar, instead walking that fine line of normal and strange, which is fine enough for a first outing. What else do you expect from a faction of goats? Seriously though, this is a well-made début and I look forward to their next moves as a band!