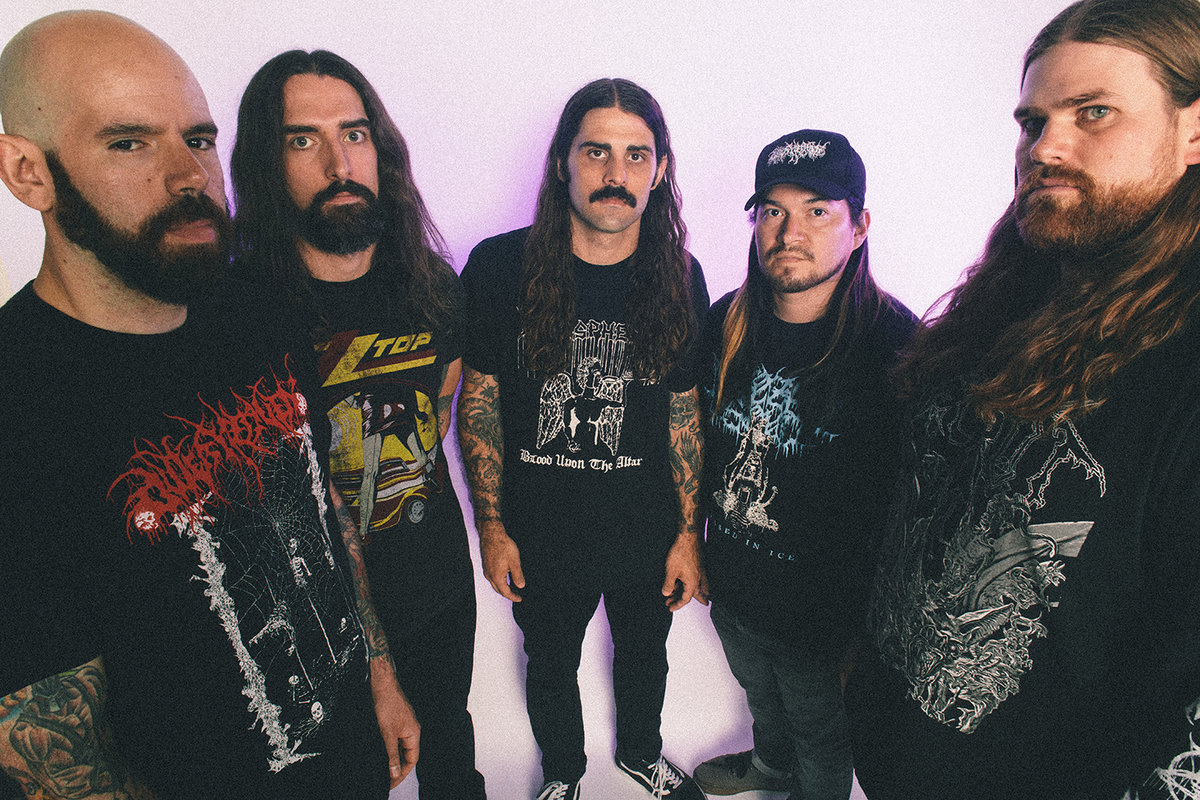 By Jake WaltersOctober 2, 2019 No Comments

Deserted feels like a true and worthy addition to Gatecreeper‘s catalog with a crushing set of songs that are perfectly paced from start to finish.

A few years ago, I purchased tickets to a Pallbearer and Inter Arma show and was beyond excited to get to see two of my favorite doom bands perform on the same stage. When I arrived I noticed the chalkboard sign in front of the venue listed Gatecreeper as a support band that would be opening the show. I hadn’t heard the name or this band before, but supposed that they would also be of the doomy sort and carried myself into the basement bar for the show. While every band killed that night, I felt a sense of elation from these desert death metallers. They didn’t put on the most dynamic show I had ever seen, but there was a genuineness to their approach, sound, and on stage demeanor that really resonated with me. Also, them riffs.

Their initial effort, Sonoran Deprivation, was a hit with fans of no-nonsense, Entombed-loving fans. Their follow up EP and split with crossover thrashers Iron Reagan were solid holdovers while waiting for the sophomore album, and now the wait is over. Deserted is filled with blistering riffs, bombastic drumming, and that HM-2 sound that so many death metal fans find themselves loving. One of the things to love about Gatecreeper is the feeling that this band hasn’t been given a leg up on their current rise to the top of new OSDM. They’ve earned their share of the audience and Deserted will no doubt be a treat to the ears of their fans.

The mid-tempo crunch is evident right from the start with “Ruthless”. It may even be on the doom side of things in terms of pace, but the trademark riffs, and guttural vocals courtesy of vocalist Chase Mason are there in spades. It’s not a bombastic start to things, but sort of slithers in and in a way, lights the fuse for what’s to follow. This is the smart way to do an intro track, in my opinion – don’t dilute the album and bloat the playlist for a two-minute piece of music that isn’t even representative of the style of music you play; write a damn song that will have the same effect.

Pacing on Deserted is pretty great, as the tracklist weaves between slower, but still brutal tracks like “Boiled Over” and picks up the pace with barn burners like “From The Ashes” and “Puncture Wounds”. Pace is pretty much the only diversity on this album and if you thought it would be otherwise, then you’ve probably not encountered Gatecreeper before. The formula is consistent: catchy riffs, gloriously unintelligible vocals, and enough energy to power a city. While this can certainly be a downside for some bands, in this case I personally deem it a good thing. The cadence changes are enough to make this record a memorable journey. “Absence of Light” is a good example of this. It’s low and slow, but the vocals are downright vitriolic and sinister giving it a different mood and feeling, but still working within the established framework of the band and album.

The desert is a pure place. No shade, no water, no respite. This mirrors the Gatecreeper methodology of death metal. You’ll not find fancy progressions, embellishments, or melodious grandeur on Deserted. What you will find is hardscrabble, tooth-and-nail death metal that embraces its own identity and doesn’t shy away from the rough edges and madness. This is the sequel fans have been waiting for and one of the purest and best death metal releases of 2019.