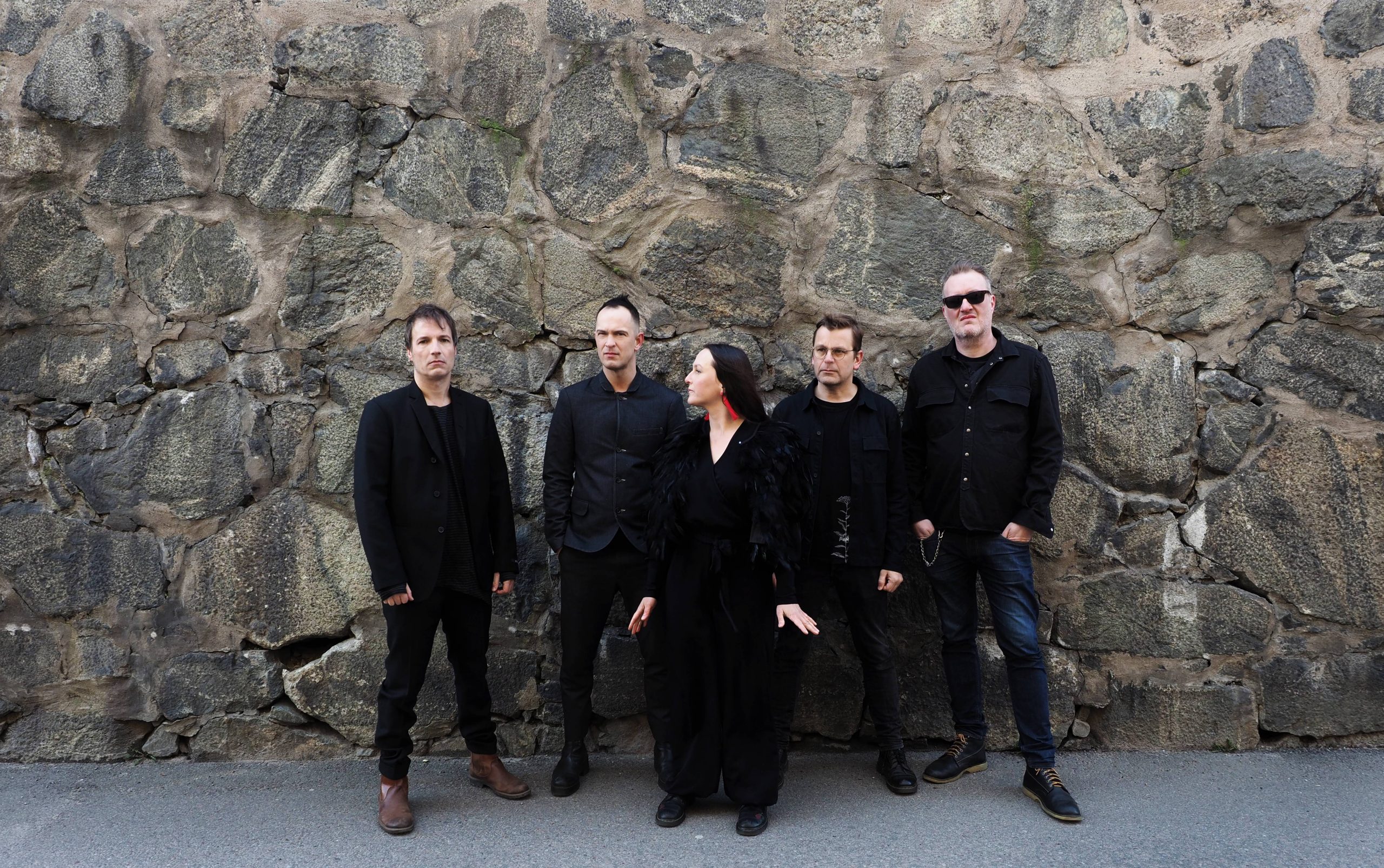 By Ashley JacobNovember 5, 2020 No Comments

Neo-folk veterans Garmarna return with yet another solid release, proving they are still in the game.

Garmarna‘s back catalog is highly impressive, and dates all the way back to the early 90s. These Swedish trailblazers of electronic-tinted folk are still kicking it in 2020, and this new album proves that wisdom spliced with energy is the correct recipe for a good listening experience. Ultimately, there is a lot to unpack with Förbundet, and there is not a boring moment to be found in the album.

Merging the traditional components of Swedish folk and eccentric medieval serenades with some humble yet distinct industrial nuances may well be a decade-spanning staple component of Garmarna‘s sound, and it’s true that, by this stage, they may not be the only ones doing it. For the rest of the unknowing masses, however, it stands as an interesting and fully workable mix of influence which, on paper, may not appear as such. If you seek evidence that fusing these components can in fact create an engaging experience, then Garmarna remain as the reliable go-to point of reference.

Ultimately, the various components gone into Garmarna‘s sound present themselves as a humble piece to the whole, with not one single element overshadowing another. It could be said that the vocals of Emma Härdelin and the entire wood section are the hallmarks which really breathe life into this journey, but with such a finely-tuned band working in remarkable sync, any satisfaction you derive from Förbundet should be put down solely to the group effort.

Across the nine-track experience of Förbundet, listeners are able to run a gauntlet of emotion, which begins solidly and with high levels of energy in tracks “Ramunder” and “Två Systrar”. It is during the latter half of the record where the content deepens into more brooding and sombre reaches, with fifth song, “Vägskäl”, serving as a slow ballad before moving neatly into the percussive clout of “Lussi Lilla”, and then reaching the hypnotic closures of “Avskedet” and “Din Grav”.

From start to finish, the record exudes focus. It doesn’t really attempt to be a game-changer, and remains fully faithful to the foundations that put Garmarna on the map during their genesis. For this reason, fans will be delighted that they stuck to their guns, whilst newcomers will be welcomed by the accessible invitation to the band’s sound which is provided in this album. Ultimately, the entire project is a pleasing endeavour on a universal level.

In Förbundet, Garmarna utilise a tried-and-tested formula which is proven to still work, as all the relevant boxes are ticked on this record. It is a solid release which, if nothing else, is a great place to start if you wish to dive into the Garmarna rabbit hole. Using the electronic hallmarks as their faithful partner, the band display their eternally intuitive talent for neo-folk and use it to create another classy and substantial addition to their long-standing archive. There is many a great moment to be found on this album, which warrants more than a few listens. All concerned are therefore encouraged to take this ride.