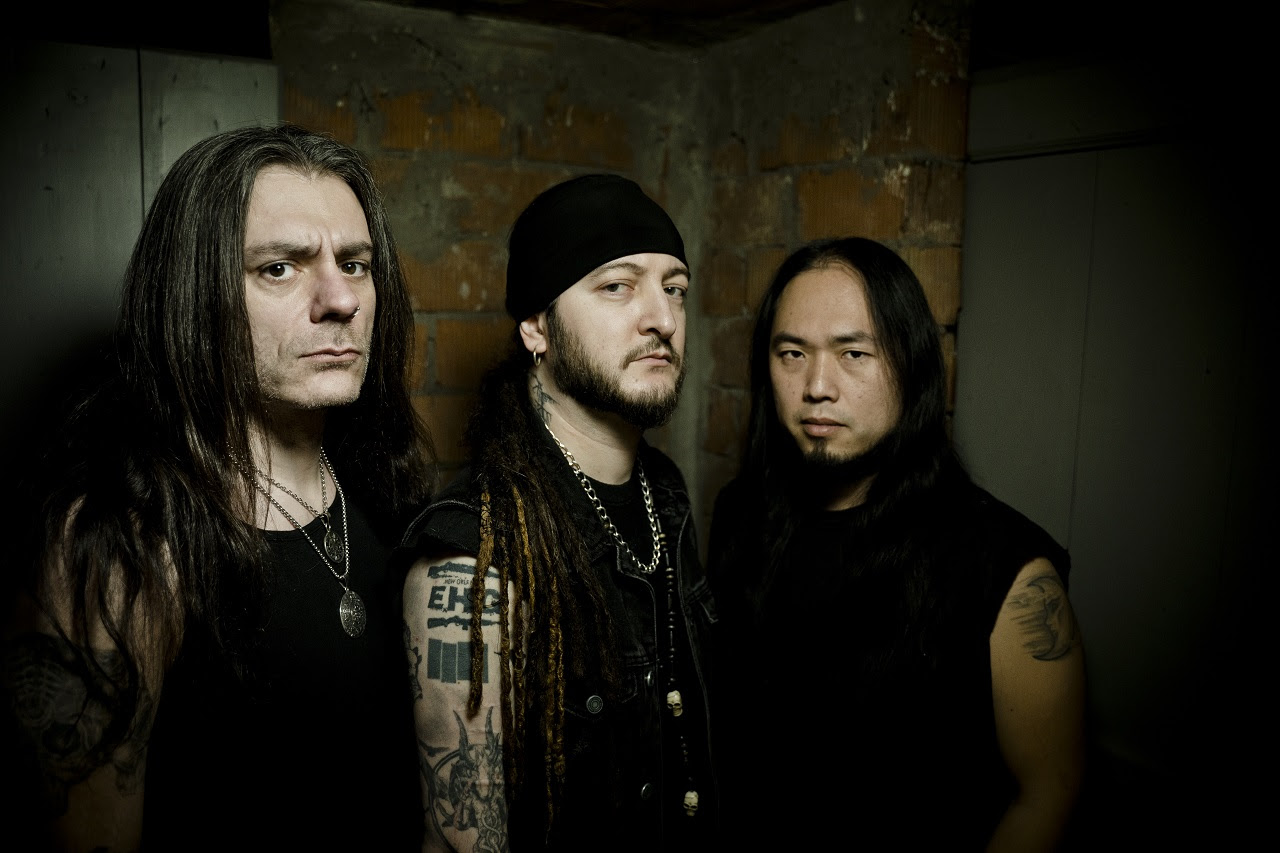 Nihilistic Estrangement is a shining example of a band both embracing and enhancing what makes them great. Forgotten Tomb have crafted a record that excels in all aspects.

Formed in 1999 in Piacenza, Itay, Forgotten Tomb has nearly two decades of heavy music under their belts. Nihilistic Estrangement sees them tackling the same themes as futility, depression, and of course, nihilism, but with a slightly different approach in the overall tone of the record, as well as some new wrinkles to the instrumentation and pacing. While there are some new elements at play, the rich, layered sounds are still present, and with a new sense of grandeur. This is roughly 45 minutes of dense, doomed music that finds a great balance between beauty and aggression that I found to be quite pleasing to listen to, even though the topics weren’t necessarily the most uplifting.

The first track, “Active Shooter”, wrests its title from an all-too-familiar term that we see in the emblazoned across our news feeds on a weekly basis. This provocative title resets the focus for albums such as this, since more often than not the dread and angst written about in black metal are existential or cosmic in nature. This is a nine-minute romp that has moments of pathos, aggression and anger, and does so in a lush moderately metered package. There’s something about mid-tempo black metal that locks in on a groove that really appeals to me. Aside from being a fantastically pleasing listening experience, it’s enriching to see a band such as this gripping reality so tightly.

Once we arrive at the third track things shift a bit with “Iris’ House Pt. II”, where the aggression picks up considerably. The vocal approach grows in intensity and the dissonance in the instrumentation, along with more traditional guitar riffs, rise alongside them. It’s here where the production really stands, allowing all of these elements to be noticed, but never blend into a nonsensical mess. The vocals are the star of the show for sure, with some great effects sprinkled in here and there to enhance the atmosphere. Things pick up a bit with “Distrust³”, where the tempo is increased slightly and the song sounds and echoes both Dark Tranquility and Katatonia, both with a massive chip on their shoulder. The edge on the track is a bit sharper and is easily one of my favorite moments on Nihilistic Estrangement.

What makes this album work is the general consistency of the tone and mood. but allowing itself to sort of flow back and forth between the boundaries of ever-so-slightly gothic blackened doom. The dynamics of Nihilistic Estrangement effortlessly migrate from galloping mid-paced, almost folky rhythms, dissonant edges, and even cathartic surrender. The later emotion is felt quite palpably in the title track, where the pace slows, the atmosphere thickens, all the while the tone brightens to a hue that had gone previously unfelt. The hypnotic lurching of the main riff is genuinely entrancing and is one of the greatest things about this slice of black metal that I love. There’s enough space to get lost and I haven’t felt quite that way from a record in a while.

There’s been a literal glut of great heavy music released so far this year and the black metal space, in particular, seems to be especially loaded. However, for all of these great records, this specific itch hasn’t been scratched until now. Forgotten Tomb have returned with a record that feels as if it’s been sharpened to a fine edge. From the gorgeous cover art to the stellar direction, there’s nothing to complain about here. Every hook has been polished to the right amount and is ready to drag you deeper into its gloriously gloomy depths.