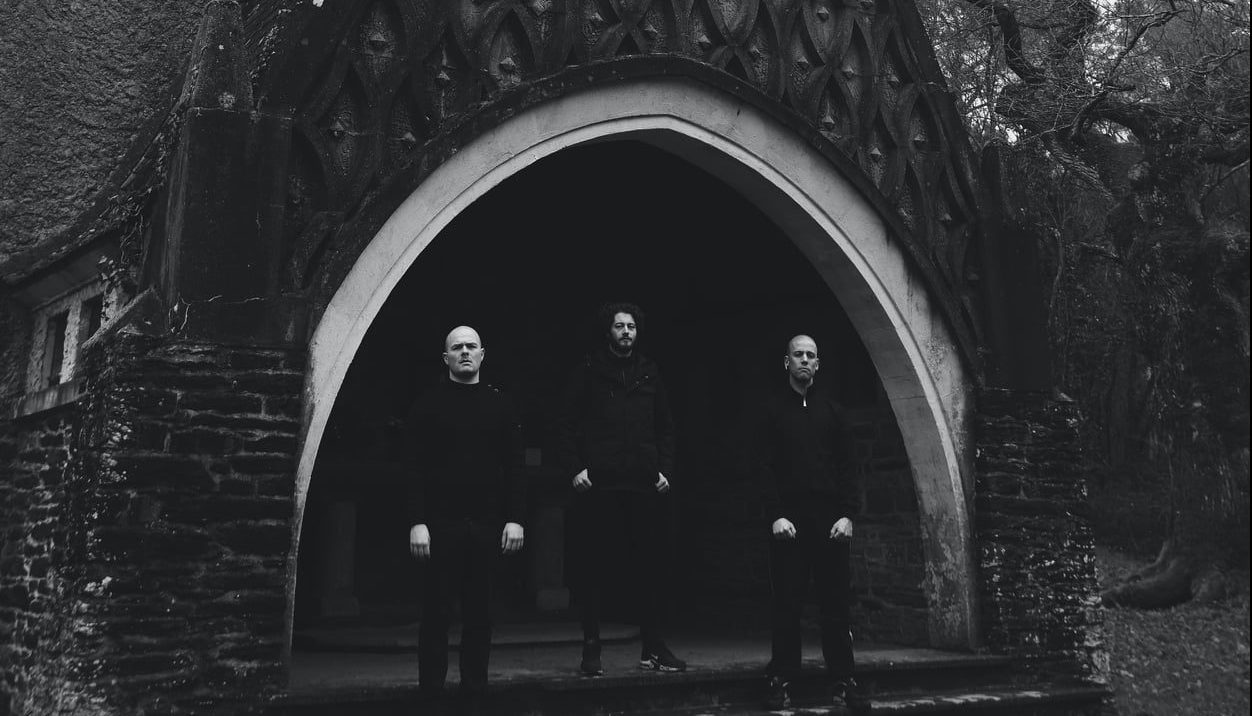 By David RodriguezMarch 17, 2021 No Comments

Fange entrench themselves further in the war between man and machine with their curdling, uncompromised take on industrial sludge metal.

Continuing their quest to name every album of their caustic, industrial sludge metal something beginning with ‘P’, France’s Fange set upon us their next mutated reflection of themselves with Pantocrator. Billed as ‘ignorant music for the educated man‘, it’s become a slogan worthy of their Bandcamp bio where it currently resides. Translated, at least loosely, to ‘mud’, Fange make good on their name by dropping some of most undiluted, viscous, and downright dirty heavy music in the eastern hemisphere.

They came – violently – into my life with their 2019 effort Punir, a great first impression if there ever was one. Last year, Pudeur slammed into our skulls, and an EP dropped later on, called Poigne, offered us to the machine like a Borg assimilation. It was a one-two punch that left fans, even newer ones like me, wondering where they were heading. Pudeur was dense metal and guitar-focused abrasion, whereas Poigne was very industrial, wobbling and unstable like a sonic OSHA violation. What were the trio to do next? Both, apparently. ¿Por que no los dos, am I right?

Really though, that’s always been their modus operandi one way or another, it was only a matter of which one prevailed over the other and how the elements were incorporated into the meld on a given track or album. There’s only two songs here making up a rock-solid half-hour of screeching, grinding indulgence in pain. It’s hard to fully encompass the feeling of listening to Fange. It’s like finding yourself naked in a sewer, bloodied, bruised, with no memory of how you got there. You come across all manners of potential harm, sentient and otherwise – toxic muck, mechanical contraptions in the city’s belly capable of crushing every bit of your being, and humanoid creatures wielding anything bone-shattering from lead pipes to grimy bricks are in constant pursuit. It might not be something you’d consider fun, but it’s definitely thrilling and evocative!

All right, now that I’ve described a plot of a torture porn movie I hope doesn’t exist, let’s talk music. Starting with a roaring HM-2 assisted death metal riff, Fange frontloads some nastiness on “Tombé Pour La France”. Vocals are belched, shredding throats just as the guitars are shredded by adept hands. Before long, you hear some cleaner instrumentation and singing which, while not wholly unheard of in a Fange song, is almost off-putting in its abruption. It’s like a short-lived post-punk invasion with washy guitar and yelled vocals. Apparently, the band made a leap to drum machines with Pantocrator, something my untrained ear likely wouldn’t have noticed unless I read it, which I did.

It’s worth going into the name of the album too. ‘Pantocrator’ is a word most commonly translated from Greek as ‘almighty’ and often used in reference to God in the Judeo-Christian Orthodoxy. This is interesting because, if you’ll allow me to be woefully stereotypical for a minute, Fange‘s music seems to wallow in the complete absence of a loving, caring god. It’s foreboding and menacingly negative sounding, the grasp of the machine squeezing the color out of life, the grinding of the guitars pulping the remains down into sludge to fuel what you hear. Granted, and I should have led with this, their lyrics are entirely in their native French and while I try to parse together some very vague themes with internet translation, I can’t even begin to fully grasp what they sing about exactly.

Things don’t really look up in “Les Vergers De La Désolation”, which, yeah, it’s a song that translates to ‘the orchards of desolation’; nothing’s looking up in a song like that. If “Tombé Pour La France” was a T-1000 from the Terminator franchise, then the second track is it unsleeved of human skin, revealed to all as an emergent killing machine with one and only one directive. Pantocrator led with the grit and dirt of a death metal façade merely marred by a persistent industrial virus, corroding the organics of the band. Here, in the album’s second offering, it’s hard to discern flesh from metal. Its immediate routine of repetitive sound is consistent throughout, flanked by buzzing bass, garroting guitars, and vile vocals all clashing with the hissing and clapping of iron and steel. The soul is the apparatus, the blood is the pumping instrumentation throughout – both are required for Fange to live as we know them.

Each of Pantocrator‘s two songs feels deliberately fragmented. “Tombé Pour La France” feels like three distinct three movements in one hellish suite, and “Les Vergers De La Désolation” is similarly loosely separated as well. This helps with the pacing and impact of the album, showing each rusted piston grind to life and the band allow for a more fully fleshed-out sonic experience, if you’d be so inclined to use such sterile language to describe a fiercely unapproachable beast like this. It’s powerful and mean, a full-bore execution of sludge tendencies made more efficient with the assimilation of mechanisms that ensure a cold and unfeeling backdrop at the cost of only your humanity. For now, Fange remain a top reference to the steely underbelly of life’s seedy, gory workings.