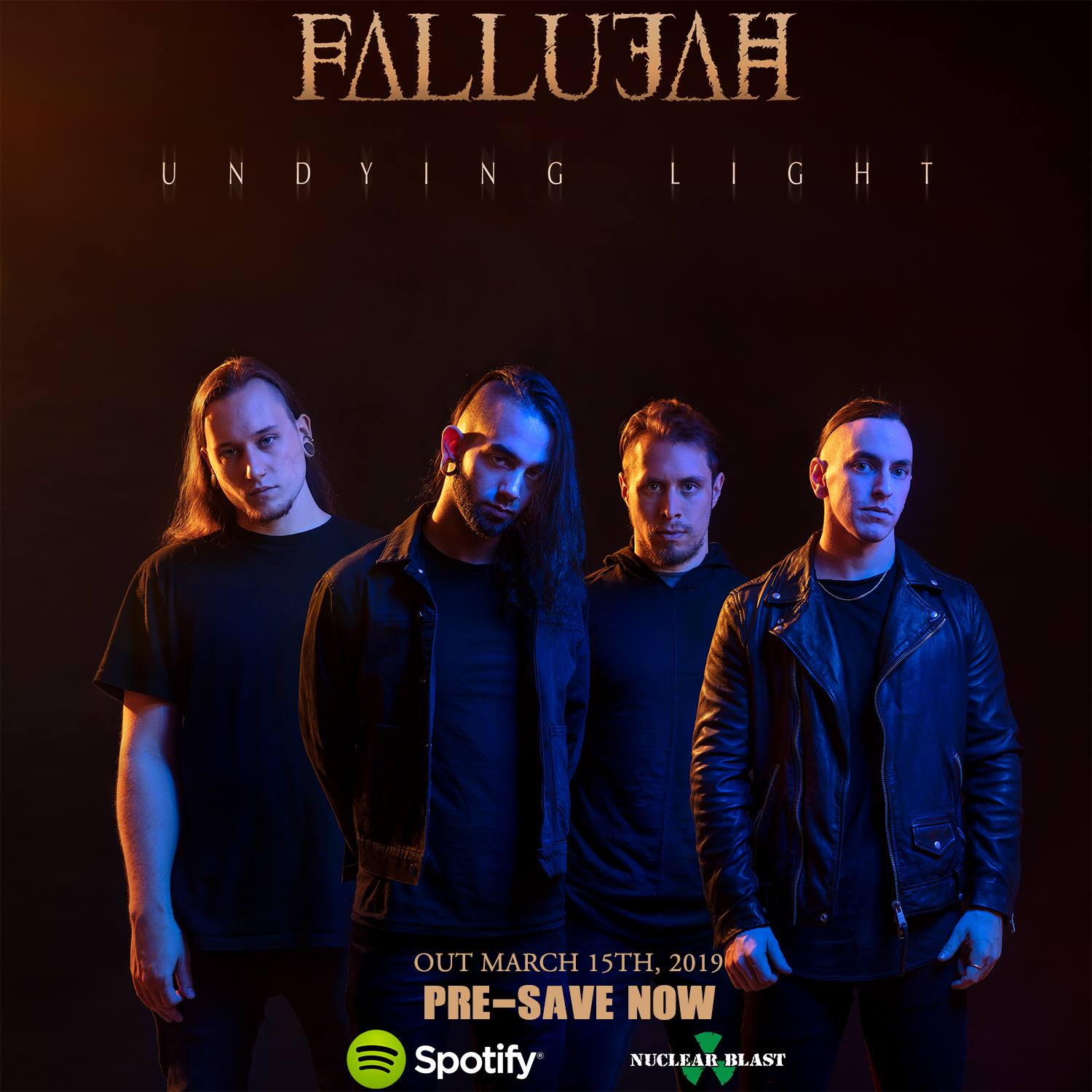 Fallujah have dripped with critical acclaim until now. The San Francisco Bay Area band made one of the rare innovations in death metal this century by making it atmospheric. This unique take on a time-tested subgenre combined with solid technicality and a judicious use of melody proved irresistible both to critics and to a new generation of fans who wanted something suitably brutal by talented musicians roughly the same age as them. But there was always a lingering problem with their albums sounding much the same as one-another. The big difference between 2016’s Dreamless and 2014’s The Flesh Prevails lay in better production (The 2014 album was badly brickwalled, which detracted from otherwise excellent material). When comparing The Flesh Prevails to 2011’s Harvest Womb, one could identify little difference in sound. Fallujah, then proved to be reliably good without ever making a tour de force. They tried that on Undying Light, their fourth album. It shows definite difference from its predecessors but one must stretch the imagination to justify calling these changes ‘growth.’

“Ultraviolet” offers a mild glimpse into what Fallujah were going for on this album. They start with a ‘majestic’ intro that throws everything at us, kitchen sink included. The song keeps the same melodic theme throughout as a polite nod to the concept of writing a hook. Rhythmically, it (and the two songs before it, which use the same formula) is rather simplistic. Fallujah’s trademark atmospherism is notably absent here, giving the blast beat a bit more impact. The aforementioned hook deadens the blow, however, tantamount to a crime against blast beats.

Fallujah still have the technical chops and some atmospherics going for them, but they lost a lot of melody on Undying Light. Previous albums had on average more than one melody per song, complexity being part and parcel of their sound. Rhythmically, we can see Fallujah making a few forays into more interesting territory than the past (that is, after “Ultraviolet”), almost entering the deathcore territory that characterized their 2009 Leper Colony EP. The attention to rhythm might be a welcome change for some, particularly those who found the band’s previous three full-length albums overly self-similar and for those who do not think guitar melodies and solos are the be-all-end-all of musicianship. However, one would be wise not to expect this to mean the band has turned into Atheist or Primus. Fallujah’s nod towards rhythm on Undying Light is a gentle one, almost as if they want to bow towards new fans without mooning the fans that they already have. Like most compromises, it comes across half-baked.

The best example on Undying Light of the musical direction Fallujah might have tried for occurs on the fourth song (yes, right after “Ultraviolet”), “Dopamine.” Here we have syncopated drumming, with riffs to match. The bridge has some delightful slap bass work and something really different for the band: clean singing! More songs like “Dopamine” would have made Undying Light a better album – the tour de force they might have wanted it to be.

People who follow Fallujah might wonder at this stage of the review why no mention has been made about the addition of vocalist Antonio Palermo. After all, original vocalist Alex Hoffmann’s decision to leave the band in July 2017 was big news at the time. One would answer that by pointing out how little of a difference his vocals makes to Fallujah’s sound. Hoffman was a basic death metal vocalist, nothing more, nothing less. Palermo’s screaming style has a personality for sure, but it does not come across on Undying Light. One would be better off checking out what Palermo did in his old bands, Sidian and Underling, both of whom are blackened and quite technical. Palermo’s vocal elasticity brings little to Fallujah, however. One can merely note the presence of a different singer on Undying Light, then move on.

So, what to make of Undying Light? It depends on one’s point of view. Fans who saw nothing wrong with Fallujah’s first three albums might not appreciate changes that noticeably alter the band’s sound without adding much to it. The more retrograde among them would hear “Dopamine” and say it would be a good song were it not by Fallujah. Those who wanted something new from them might welcome the changes while wishing they would have been more profound. The way things stand, it is hard to find great appeal for Undying Light.