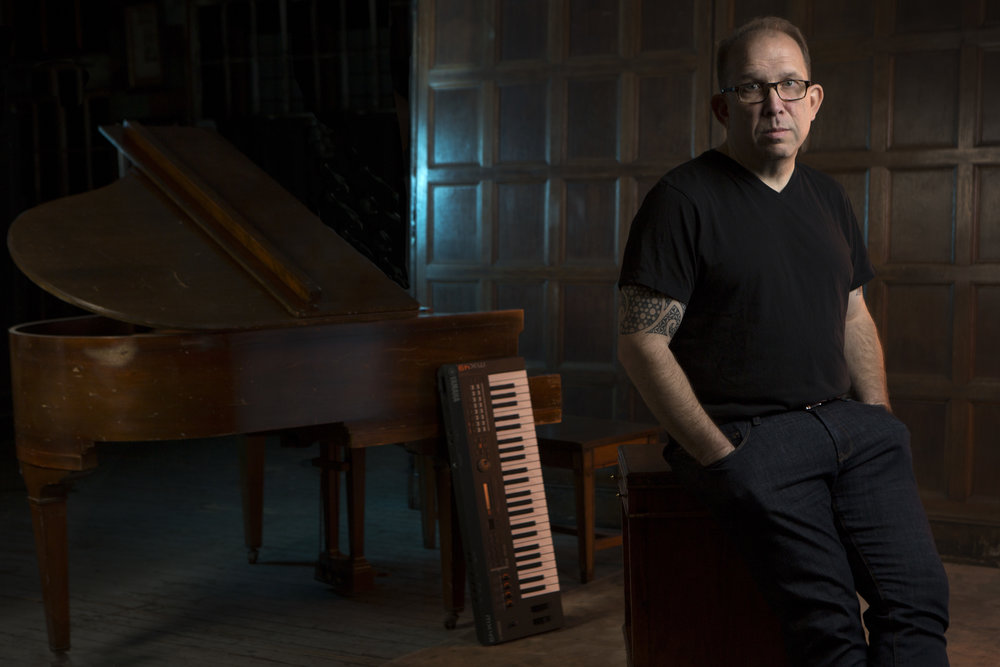 By Michael MartinMarch 9, 2019 No Comments

With a resume like Whalen’s, I wouldn’t expect anything less than the flawless composition and talent present throughout Michael Whalen & The Fire Brigade.

Composer Michael Whalen has one of the most extensive resumes that I’ve ever seen. In fact, even if you don’t recognize the name, it is highly likely that you have heard his work before. After attending (and then later teaching) at the Berklee College of Music in Boston, he worked for some of the most successful music production companies in the industry. Ultimately, he has composed thousands of advertising jingles and over six hundred television and film scores. He is a two time Emmy winner, owner of his own recording studio and production company, and is a skilled percussionist, key player, and vocalist. In his most recent musical venture, he has teamed up with a few other talented musicians to create a jazz album titled Michael Whalen & The Fire Brigade.

The opening track on The Fire Bridage, “Code 10-80″, quickly shows Whalen‘s ability to write a hook. After an introduction of heavily modulated synth over a somewhat free-form drumming section, the saxophone – performed by Bob Magnusun – takes over with an upbeat and incredibly catchy riff that almost sounds ‘Caribbean’ in nature. The song evolves quite naturally over its four minute duration, working in lengthy sections of jazz piano and sax solos. All of the elements at play here might easily remind listeners of Bela’ Fleck & The Flecktones.

An array of percussion instruments, modulated keys, bass, and saxophone all playing a stylistic combination of jazz, funk, and fusion are indicative of one thing. A jam band. This becomes very evident by the third track, “Slippery Slope”. Electric guitar adds a bit of energy and drive to the song, but Whalen has composed a hook that drives itself, which is somehow even catchier than the last couple of tracks. All instruments get equal spotlight with one or more chances to solo. Stylistically, I’d liken these tracks to acts like Galactic and Lettuce. The next track “Go-Go Bird” is the first single from the album. Very upbeat and whimsical in nature, this funk is impossible not to tap your feet and bob your head to. The video for this track is just as lighthearted and fun as the audio. Michael Whalen‘s work on television throughout the 90’s is completely obvious here, this is exactly what the majority of 90’s sitcom themes sounded like.

“A Childish Dream” is a more chilled out track. A bit less urgent in tempo, the band enters Bela’ Fleck territory once again, as well as adding some reggae influence. “Duck Walk” is appropriately named as the guitar played through a wah-wah pedal sounds exactly like a quacking duck. This track is very busy. The bass and percussion keep a constant tempo, while the saxophones, guitars, and keys all seem to be doing something different. This is not a complaint though, as Whalen and co. easily make it all come together.

My favorite track on the album is a really hard pick, but I suppose I would have to go with the fusion heavy “Gringo suavé“. On top of the aforementioned instruments that the band utilizes in all these songs, some classical guitar enters into the mix, reminding me of one of my favorite guitarists, Al Di Meola. Towards the end of the album, there is a beautiful solo piano track titled “Song at Midnight”, which completely changes the pace of the album and helps transition into the closing track “Blues For You”, which is a mellowed out aural treat with a lounge/chillwave vibe that perfectly punctuates the album.

With a résumé like Michael Whalen‘s, I wouldn’t expect anything less than the pure talent and flawless composition present throughout Michael Whalen & The Fire Brigade. Every instrumentalist is extremely talented and given equal spotlight to show it. The constant upbeat tempo and lighthearted feel of the majority of the album serves as the perfect ‘whenever’ music. Whether working, driving, or doing chores, these tracks seamlessly work their way into your routine. This album is evidence of pure dedication to and a whole life immersed in music, and I suspect these jazzy tracks will fuel many peoples’ adventures this summer and beyond.