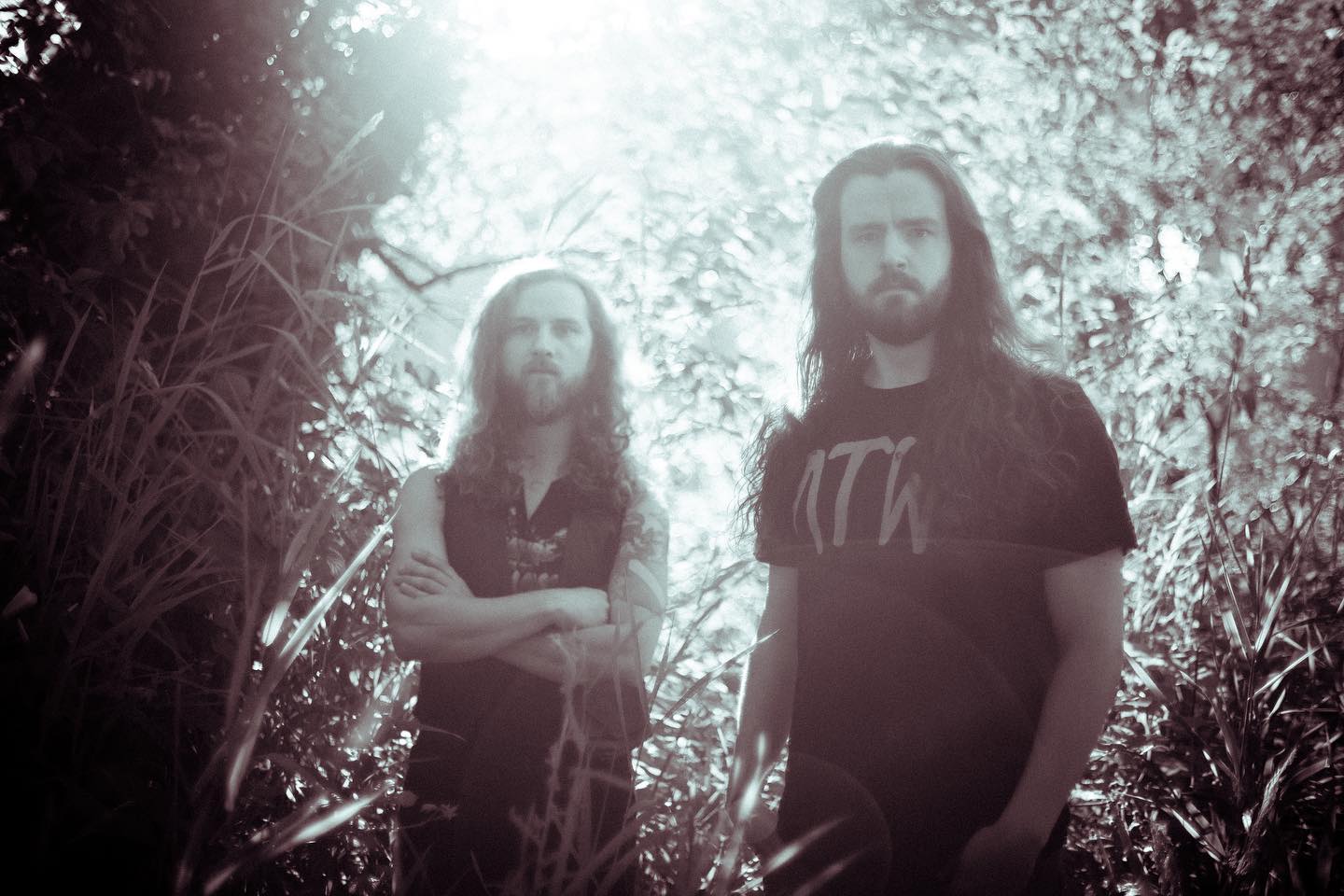 By Pete OverellOctober 8, 2020 No Comments

Empress follow up their amazing debut records with a truly magnificent full-length album, born of sludge and post-metal, yet with plenty of room for contemplation.

Empress really took me aback with their first EP in 2017, a record where the pioneering Vancouver band blended genres more easily than Neurosis – pummelling you with great riffs, yet leaving room for your thoughts to emerge. They return now with their debut full-length album, Premonition: a record that transcends genre limitations even further, and which will certainly make my top ten for the year.

The record is a fitting tribute to the band’s bassist Brenden Gunn, who tragically passed away last October, after completing the first two EPs with Empress. Chris Doyle on drums and Peter Sacco on lead vocals/guitar decided to follow through with the album in honour of him, and what a monument to his memory it is. Seven tracks of mind-bending, progressive sludge, that leap deftly from heavy grooves to blackened furores, are what Empress have dished up for us this autumn.

Empress formed after catching an Elder show, with the plan to create something along the same lines, but throw in their own unique flavours. I’d certainly say that for those who found the latest Elder record wanting, this will be the perfect replacement for you. You’ll find winding instrumental sections that relax you, before the band bring back the heavy and blow you away with raucous sludge.

The record is thick with memorable riffs, both in the high-energy moments and the contemplative instrumental sections. Often, the bass shines through in the latter, with downturned grooves that growl and bite at you, complemented with dreamy drums. The album wastes no time in kicking off either, with Sacco’s vocals shortly introduced along with gaze-ridden guitar riffs and crashing cymbals: all before morphing again and again through various forms of post-metal and stoner doom. Midway through “A Pale Wanderer”, the band treat us to a classic guitar riff too, that freshens up the thick and heavy song before the noise drops right back.

Many bands fail to use quiet sections tactfully, but not Empress. They excel at dampening down the noise at the most opportune times – mainly when you have been pummelled by their intense riffs. When they drop the noise away, they create introspective lulls that you can lose yourself in, before bringing back the ferocity by the truckload. At the end of “A Pale Wanderer”, they unleash more of the black metal that I enjoyed so much on Reminiscence, leading the eight-minute epic to a great conclusion.

The lead single “Sepulchre” was released on Gunn’s birthday this year and features him at his very best, with one of the angriest bass tones employed in a great solo moment later on in this sludgy monster of a track. Sacco’s vocals are both desperate and powerful, with his range certainly improving on their first two EPs. When it is done, you’ll be surprised to find that it is only close to five minutes long, with so many ideas exploited in those few minutes.

“Passage” is another groove-laden track that feels brilliant when driving down the highway at night, the buoyant stony riffs pumping you with energy and a yearning for the unknown. Yet I feel “Trost” is one of the standouts on the album, starting with a black metal cacophony that transcends into a heavy metal delight. Sacco roars into the mic as the band drudge up some of their best doom riffs. Again the band shift genres casually, moving swiftly into another quiet groove section, before amplifying the energy right back up again. This clever songwriting keeps you interested and sometimes confused as to whether your phone has suddenly switched artists out of nowhere.

With most tracks pushing the eight-minute mark, there is plenty of time for exploration in these records. Often I find the songs sound reconciled, with clear ideas about what emotions they want to convey, and a clear goal to get there. Empress gradually build their soundscapes rather than forcing them onto you, as can be seen in the title track “Premonition”, found close to the end of the album. The slow-built, post-rock movement that they gradually edge into takes you on a sonic journey to the stratosphere, with the soft drums a far cry from their ferocity in “Trost”. This gorgeous epic is one of the best on the album, showing a post-metal grandeur like ISIS, but with even more variation than in the tracks before.

This is one of those records that for me doesn’t hold any obvious flaws. Premonition is not only a fitting tribute to their fallen brother but a monument for creativity too. The songwriting is top drawer, with the band exploring the fabric of sound throughout. My only request? More, please.