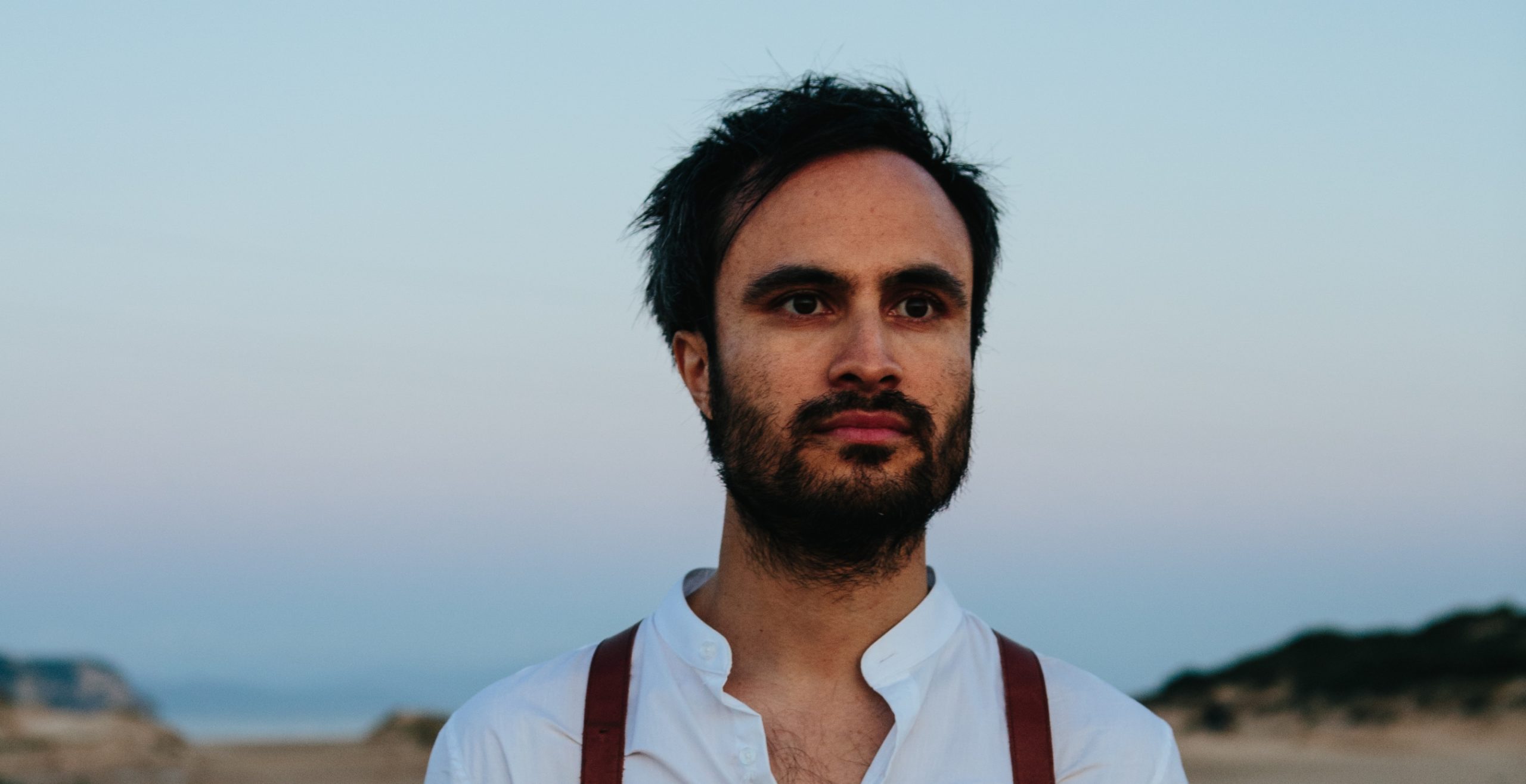 By Vidur PaliwalOctober 9, 2020 No Comments

Picking up which albums to review is always a fun affair for me. Sometimes I pick up the latest release from a band whose trajectory I have followed for some time, or at other times a lead single catches interest and I’m intrigued to delve deeper. This time around, it was different – it was Brudini‘s description in the promos that pulled me in to lend it an ear.

Erik Brudvik, a.k.a. Brudini is a Thai-Norwegian who grew up amidst the mountains and fjords of Norway’s southwest coast. Having traveled and lived in Tokyo, Paris, and New York, he finally settled in London, and his debut From Darkness, Light is pitched as his emotional and spiritual journey from over the years. The promo for the album mentions:

‘During the five years of its creation, Thai-Norwegian Londoner Erik Brudvik became a father, his Soho book shop first prospered, then went bankrupt, his long term relationship ended, and he abandoned his career in finance. But from these changes, he finally found his creative voice as Brudini.‘

Who would not want to listen to the music he has brewed up?! The end product in From Darkness, Light is an artistic piece that somehow manages to go beyond the tag of just an album. Rich in emotions and minimalist in musical structure, it is something that is best consumed in a quiet environment. A state where one can completely immerse themselves in Brudini‘s art, as he takes you on a journey through lust, loss, anger, and everything in between.

The album is a mix of Brudini‘s own compositions intermixed with his narration of poetic pieces penned by Californian writer Chip Martin. These sonnets not only serve as interludes to the music, but blend seamlessly with the overall theme, amplifying the sentiments across From Darkness, Light. The album opener “Roselight” starts with the sound of Erik sitting down and playing a simple melody on the piano as he starts narrating Chip’s nostalgic story, not only setting the stage for his own composition “Nightcrawler” (that looks back on happier days), but also gives a storytelling vibe to the album at large.

Brudini showcases a panache for songwriting and uses each instrumentation in a minimalistic sense, which makes each chord and note somehow standout. “Female Rimbaud” is another of Chip Martin‘s contributions and deals with the search for that perfect partner. While Erik is able to give a lost-in-contemplation feel to the narration, each verse ends with him strumming the same guitar chord, creating a very eerie yet enticing atmosphere in a short span of one minute and forty seconds. A similar compositional style is employed once again at the beginning of “Radiant Man”, before introducing keys and drums to put together a piece of music that somehow instantly connects with the listener.

The songs across the album do not belong to any fixed genre, but rather take inspiration from the rich jazz and soul music in the London SoHo community, which gives the album a fluidity to bring out different emotions. On one end of the spectrum, upbeat tracks like “Emotional Outlaw” fuse jazz, industrial rock, and Florence + the Machine-like tribal yet soulful sound. At the other end lies deep melancholia in pieces like “Boulevards” whose David Bowie-esque minimalistic synth and guitar strums paint an oddly bleak yet hopeful picture. All of this does make From Darkness, Light a very original and unconventional piece of art, but simultaneously also makes it a little less accessible. It is an album that requires one’s undivided attention and an appetite for poetry and lyricism. Those looking for a quick folksy fix for their autumn evenings may be left disappointed at Brudini‘s idiosyncratic compositions.

Unafraid to wear his own heart on his sleeves, Brudini‘s musical compositions can unlock the floodgates of listeners’ emotions. Drenched in longing, sadness, love, and fear, From Darkness, Light shows both the dark and the light side of the human spirit. A beautiful, bohemian, avant-garde, experimental piece of art.