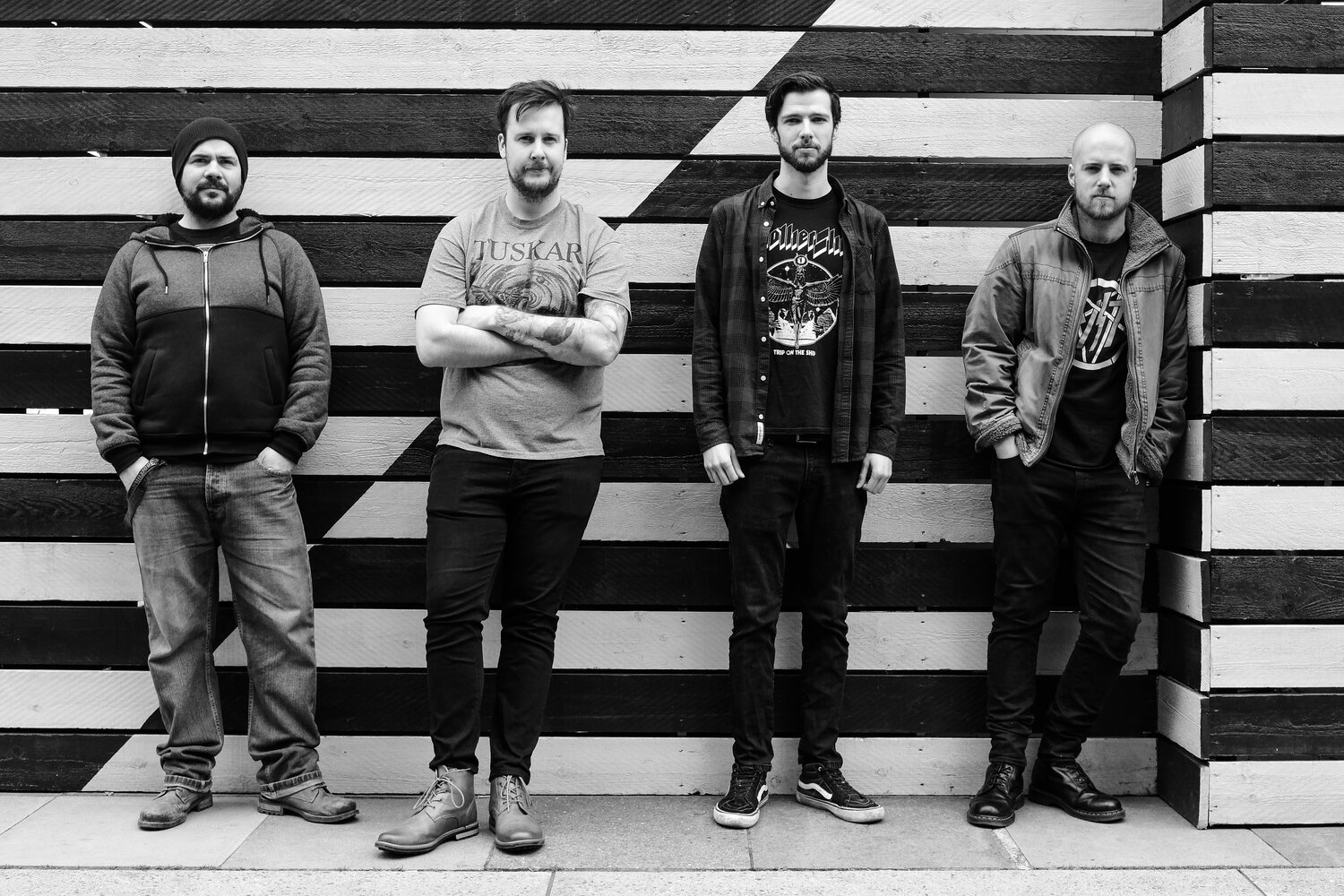 Habits might be one of the best stoner doom albums released this year, if not the last few. The incredible change in pace midway through the record sets it apart from others, with Elephant Tree‘s writing skills to be especially commended.

I’d certainly heard Elephant Tree prior to picking up their latest record Habits for review, yet I’m not sure I ever truly listened to the depths and magnitude of their sound. Two weeks with the new album changed that completely; I’ve been soaking in the glorious harmonies almost daily since. Released on Holy Roar Records – one of Everything Is Noise‘s favourite labels – the album is a stoner doom masterpiece, incorporating elements of 70’s prog-rock and psychedelia in an organic and exciting way. Elephant Tree stimulate the mind rather than suffocating it through barrages of sound; on Habits, they often slow things down so the cataclysmic riffs they unleash soon after carry that much more gravitas than some bands manage.

Habits is the third full-length album from Elephant Tree, following their 2016 self-titled record, which sees many similarities carried over. Potential influences from current bands like Pallbearer and Bell Witch are great to pick out, whilst obvious tributes to legends like Pink Floyd will not go unnoticed. The sublime harmonic vocals are earth-shattering at times, puncturing your soul with emotive force, whilst soothing and warm at others. They add flavours of beauty and intensity to the music, which really helps with the atmosphere of the record. The instrumentals themselves seem to have that much more depth, certainly down to the crisper production, which sees layers stand out more than on their previous records, granting them more breathing room.

One of the most exciting attributes about Habits for me is that Elephant Tree managed to take some of the best flavours of the burgeoning Australian psych/doom scene and carefully bake them into a classic British stoner/prog album full of intense choruses and grandiose riffs. The happy-go-lucky vibes of the first two full-length songs “Sails” and “Faceless” are packed with epic riffs that send you to the stratosphere, feeling free and alive. Yet the next track changes that mood completely, with a much more dystopian mood invoked throughout “Exit The Soul” that reflects perfectly the mindset in Great Britain at the moment. This suffocating track pummels you with dissonant riffs and ritualistic vocals, the atmosphere choking yet weirdly welcoming.

My jaw certainly dropped the first few times I heard “The Fall Chorus”, the fifth track on the record. Usually, bands include a slower track that plays to their obvious strengths, but Elephant Tree had no interest in that. “The Fall Chorus” is infused with heaps of early progressive rock and folk tones, with a brilliant string section following forlorn lyrics. Yet again the dystopian mood is completely supplanted, something that lends weight to the following “Birds”. This track always stands out on each listen, largely due to the amazing vocal hooks in the chorus and deep introspective instrumental sections. I could get lost in the latter for hours. If Elephant Tree are reading – I’d quite happily take an ambient album of just that as well!

Let’s talk about the instrumentation a little more. This four-member band certainly creates a lot of noise (something we particularly love here), yet how does it differ from every other band? Well, there’s a particular crispness to the tone of the guitars, which you often don’t get with fuzzy stoner doom. They sound proggy and tight but filled with that Sabbath goodness you’d expect, far away from the looser tones found in their previous records. Elephant Tree have always experimented with effects through their albums, with world music incorporated into tracks like “Theia”, yet on Habits, synths are really the only significant instrumentation outside of the core metal element. The layers are brilliant, thick and enveloping, lending epicness to the tracks. The unit works perfectly together.

Habits is certainly one of the most accessible albums I’ve reviewed in the genre over the last few years, one of the reasons I tout this as such a great record. Whilst constantly finding likenesses with other bands, I realise that Elephant Tree have carved out their own niche within the genre. The clean, effect-laden vocals compliment the pummeling stoner doom, yet could be accessed by someone wanting a heavier psych-rock band. Fans of British bands like Amplifier and Oceansize would get along with this as well, covering a wide range of bases with their incredible album. I’m really pissed that I’ll have to wait longer to see them live now that ArcTanGent festival is definitely cancelled, but hopefully, I’ll get a chance to witness this marvel at some point soon.