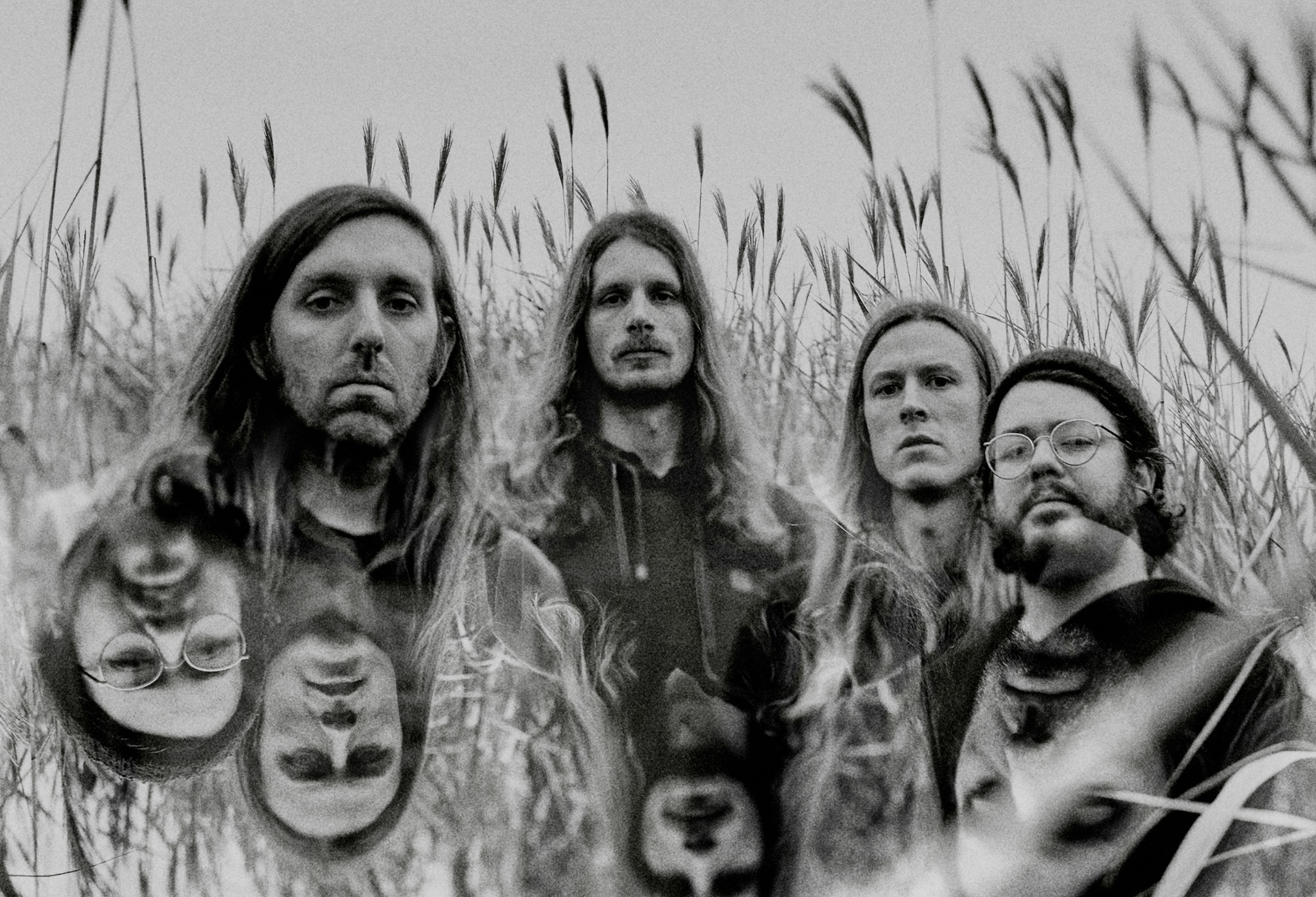 With a line-up change and a marked shift in style since Reflections of a Floating World, it begged the question what Elder would deliver with their new record Omens. Let’s just put to bed all the worries now: it is the progressive rock record your quarantine needs.

Today, we’re going to be looking at the monumental new album Omens from Elder. Among the Everything Is Noise family, this band is highly revered, with Reflections of a Floating World making its way onto many of our colleagues’ album of the year lists in 2017. Because of this collective love, today we have one of our key editors David and myself relaying our thoughts on the new album. Last year’s The Gold & Silver Sessions was met with equal parts surprise and enjoyment, the band’s experimentation taking their sound out of their ‘comfort zone’, so what Omens would end up sounding like was very much up in the air. David will lead the critique today, with my part following.

Oh boy! I’ve wanted to talk about Elder for quite a while. They make the kind of music I think wizards would listen to. It’s very vibrant and psychedelic, using cinematic and progressive methods to build these monstrously magical rock soundscapes. Their output has only increased in quality since I started listening to them with 2015’s Lore, so I was doubly curious about how they would work to outdo themselves yet again.

With Omens, it’s easy to say I love it, but why is the hard part. This being an LP, it’s more akin to their mainline material, not so much eschewing the lighter sound of last year’s EP The Gold & Silver Sessions (which may as well have been another LP; it was 33 minutes long) but utilizing it in a different way. Whether Omens is an evolution forward, or a step in a slightly different direction is mostly up to personal opinion, and fans will have their opinions about it.

I take it back – I know exactly why I love this album: it fucking rips, just maybe not in the way you’d expect. Melody is but a single spell Elder have in their tome so easily wielded by the band, but they’ve stepped up the charismatically and kindly disorienting psychedelia of the sound a few notches. In fact, I’ll say those are the more compelling parts of the music on Omens, but don’t worry, we’ll cover both. 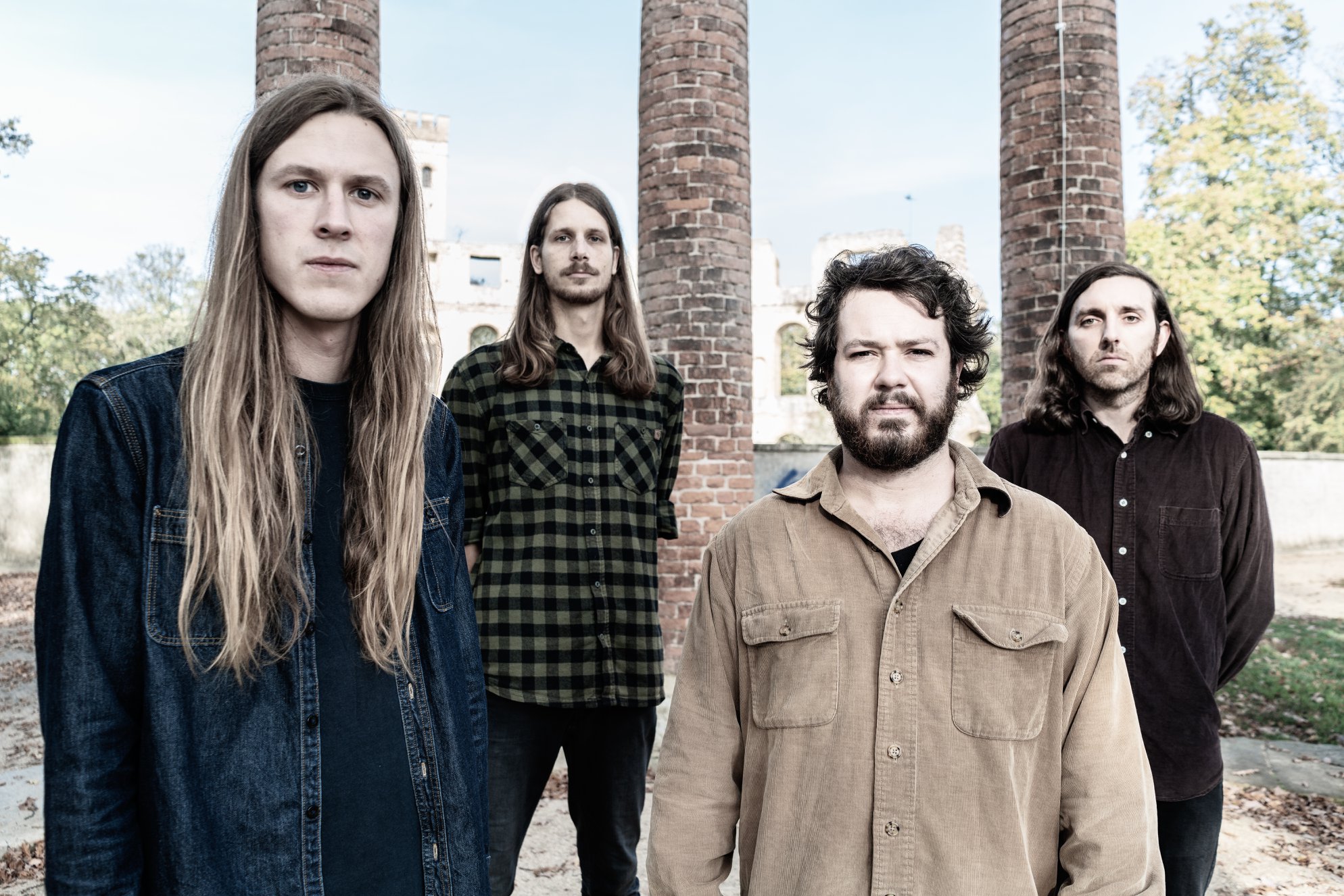 Some of the best moments on here, regardless of approach, are quite evocative of beautiful landscapes, the kind that are mythologized in epic poems. Listening to the likes of “Halcyon” pulls images of stunning iridescence to the sky, its guitars shaking crystalline rain down to the ground with the sound of crashing cymbals and twinkling keyboards. The whole album has a lively tone to it, imbued with the unshakable arrangement of a rising sun, waves of feathered grass, or a plunging waterfall – profoundly earthen and antediluvian with its connectedness to you. Omens doesn’t feel wholly alien, but allows you to bask in the unfamiliar carefully with how it sounds.

Overall, the tempos are slower with this album, which allows for a bit of mental marinating to happen. What really stirs the pot are the band’s return to rocking melody and supremely catchy guitar work. “In Procession” has a lot of strong moments throughout its nine-and-a-half-minute runtime (the shortest here), with powerful riffs that fill spaces with their bulk, morphing with ease to keep you on your toes. A typical Elder track will have nearly an EP’s worth of good guitar writing in it. And hey, If that’s what you’re after, lead single “Embers” is going to slap you in the mouth with its driving introduction and true-blue rock vigor. Even during the slower outro, the guitars broil up in the background to eventually erupt in a fittingly warped solo closure.

I’ll admit, the vocals took me a bit to get used to here – the vocal delivery on Reflections of a Floating World seemed a little smoother to my ears – but they’re far from a deal breaker and still contribute lovingly to the mood. Elder fans, prepare for a lighter affair. While that melodic, heavy rock vibe is still present here in a real effective way, this is more of a progressive and psychedelic take that borrows from the cooler, gentler side of the ether. Everyone else, prepare for a damn journey as a band – veterans at this point – explores a new wave of sonic wonder and radiant, almost spiritual ardor.

“Omens” is the album I was dreaming of after hearing The Gold & Silver Sessions released last year by Elder. The bold EP completely shifted their sound, introducing Krautrock and jazz elements thanks to heavy synth layers. Having met lead vocalist and guitarist Nick DiSalvo a few years back, I knew he was looking to shake the ‘doom’ genre label that Elder have garnered through their four-album lifespan. He voiced some hesitation about such a genre label, highlighting it wasn’t the intended direction of Elder, and that they are looking to appeal to the psych and prog rock crowds just as much. Needless to say, Omens comfortably bridges the gap between their sound from 2017’s Reflections of a Floating World and The Gold & Silver Sessions, bringing their fuzz-laden guitar epics back to the table, whilst introducing more of those aforementioned synths. This results in incredible instrumental sections that let the listener drift off into peaceful bliss or escalating the climaxes to another level that let you achieve nirvana through music.

This is an album packed full of moments, be they triumphant prog rock climaxes or dark and trippy space rock sections, each second bringing a new sound to relish. From start to finish, as Elder chronicle the complete rise and fall of a civilisation in five songs, you’ll find riffs, synth structures, and vocal hooks you’ll replay over and over in your head once it is done. Nick has an incredible talent with his vocals, which are belted out in equal parts chant and harmonies. This lends itself to either spacing out and singing along with the music in your head, or grabbing a beer and belting out his catchy hooks as you headbang around your house. You’ll find moments like this as title track peaks towards the end, a track that is supposed to feel like the genesis of a world and succeeds at doing so through introspective sci-fi synths and the massive bellows of DiSalvo.

“Omens” is the closest you’ll get to the Elder of the days of Lore and Dead Roots Stirring. It is a healthy progression, as shown when the band combine their trademark switches with the new layer of synths, adding an altogether stonier, psychier taste to their music which enriches their sound. As you move through the next two tracks, you’ll hear more of space rock and psych from the EP last year, as well as some really proggy riffs which charter your brain to Mars. “Halycon” captures me completely, similar in ways to King Buffalo‘s “Repeater” from the EP of the same name, bathed in rich heavy synths, that pulsate alongside winding guitar solos. This song brings about pure calm through me and I find myself wanting more and more of this type of music.

Yet that represents the problem; very few bands can as smoothly blend such heavy forms of rock, which have the epicness of a Devin Townsend song to them with the smooth, stoney vibes that Elder morph their tracks into at a moment’s notice. But hell, I have this, I have, according to the band’s Facebook, a new dose of the band’s side project Gold & Silver to look forward to, so that should keep me sated. Omens is a triumph from a band who seem to only grow in quality as time goes on. This record, despite some of its lyrical themes being dark, is for me a comfort and an opportunity during these troubling times. I hope it will brighten your horizon too.