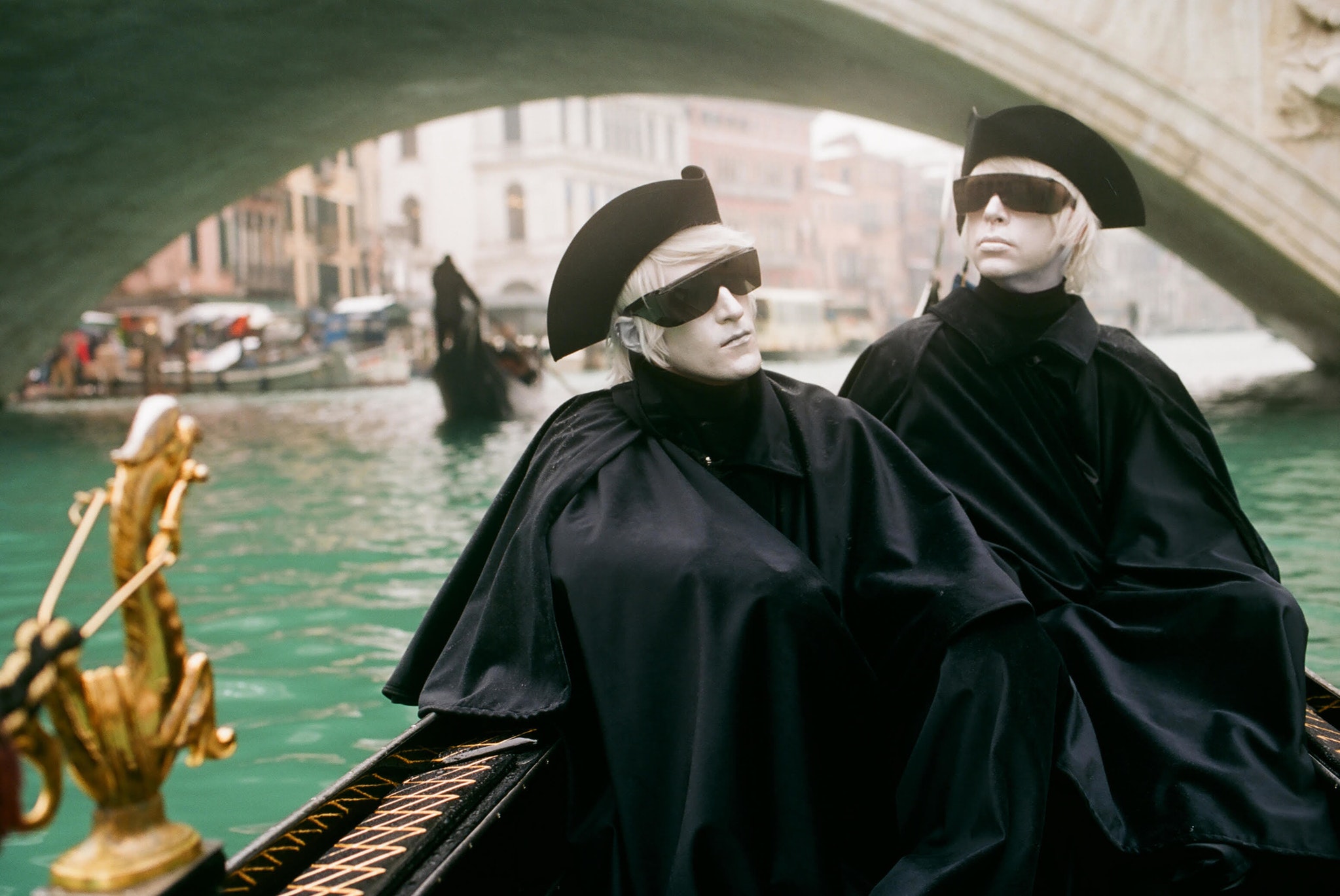 Drab Majesty take a well-worn aesthetic and ride it until the wheels fall off. A fine example of old-meets-new whose catchiness pervades the toughest exteriors.

Hope you’re not tired of synth-based music yet because there’s still artists out there doing some special stuff with the medium. Know Drab Majesty? I wasn’t familiar with them except for the fact they did a tour with Deafheaven last year which is an… interesting mix, seeing as the former band specializes in a very moody darksynth with some post-punk flair. It’s a whole vibe, something I really enjoy to get lost in, so I took a long look into Modern Mirror and came out on the other side to bring you this borderline pretentious trip disguised as a review.

One listen and you’d be forgiven for thinking this sounds like so much else out there, but it takes a deep dive to appreciate not only the nuances woven within, but also the greater accomplishments pertaining to music making like stellar songwriting. I saw a YouTube comment on the video for “The Other Side” which referred to the 80s being a state of mind, and the music of Drab Majesty being proof of that. Although that might be a monstrously simplistic observation, there’s some truth to it. Of course, the 80s – like any other era of pop culture – have tried and true tropes that help define it, but without the right mindset or lens through which to view it, it falls flat and comes off as derivative.

To me – an expert who was born in 1989 – The 80s™ are a wildly unique time to look back on. Everything from that decade seems to dance on the razor’s edge of nostalgia and retrofuturism that isn’t captured anywhere else, and likely won’t ever be again in the same fashion. This undoubtedly includes music – the reverb-drenched soundscapes, dark tones, colorful synths, romantic approaches to various aspects of humanity, including love itself and death, etc. It’s post-apocalyptic, yet so fragile and contemplative; something that Drab Majesty capture with glee.

I can’t help but daydream when I hear the snappy drums of “Ellipsis”. I’m not myself, I’m not where I belong, I simply am. I’m bathed in muted sunlight and all I see is the world melting around me in a pastel haze. My mind latches onto the chorus as I imagine someone with me: ‘two modern minds won’t say what they want to‘. This bleeds nicely into “Oxytocin” later on, named after a key chemical component in interpersonal contact and connection. It’s a love song for people who see futility in love – not in a way that’s expressly cynical, but lives too much in the moment for longevity to even be a consideration. Vocalist Deb DeMure’s voice is enigmatic everywhere, but sounds quite ethereal here as if in calm ecstasy. The guitars meet him where he is, intimately stepping hand-in-hand with his vocal highs.

All of the washy guitars throughout Modern Mirror are like brushstrokes that paint a dusk sky in my head, each note throbs a flash of color into view. “Noise of the Void” is a perfect companion for this feeling with its slower tempo and focus on mood. The synths pulse and fizzle, some with urgency and others with a cradling aura. None of what Drab Majesty conjure up is threatening – even with its tinge of darkness, there’s such a calm presence about it that you can’t help but close your eyes and submit to, knowing no harm will come to you. Even if it did, you likely wouldn’t feel it because of the ascendant body high the music imitates.

When “Out of Sequence” – and therefore Modern Mirror – comes to an end, it does so with whistling guitars, as bright and foreboding as a nuclear blast hurdling toward you from the horizon. It’s like the album itself succumbed to death and you heard its cry. It breaks the 42-minute long spell, but cleanly. It’s a very surreal album, formulated by elements both familiar and comforting to me. I can just melt away and see all colors through muted lenses, life speeding past me at an inhuman pace.

It’s not easy to do what Drab Majesty do. Not just anyone can take an aesthetic – one so clearly defined by legends of the past – and bend it to their will, creaking to the point where it almost breaks in order to make something with some semblance of unique identity. There’s cryptic qualities to it, housing an elusive element that I fail to decipher, but find alluring all the same. Maybe this was intentional, holding a mirror up to us as we constantly search for meaning in all facets in life, when what’s ultimately important is the moment you’re in. I think that’s the Modern Mirror that we’re faced with, and perhaps it’s time we all start listening.