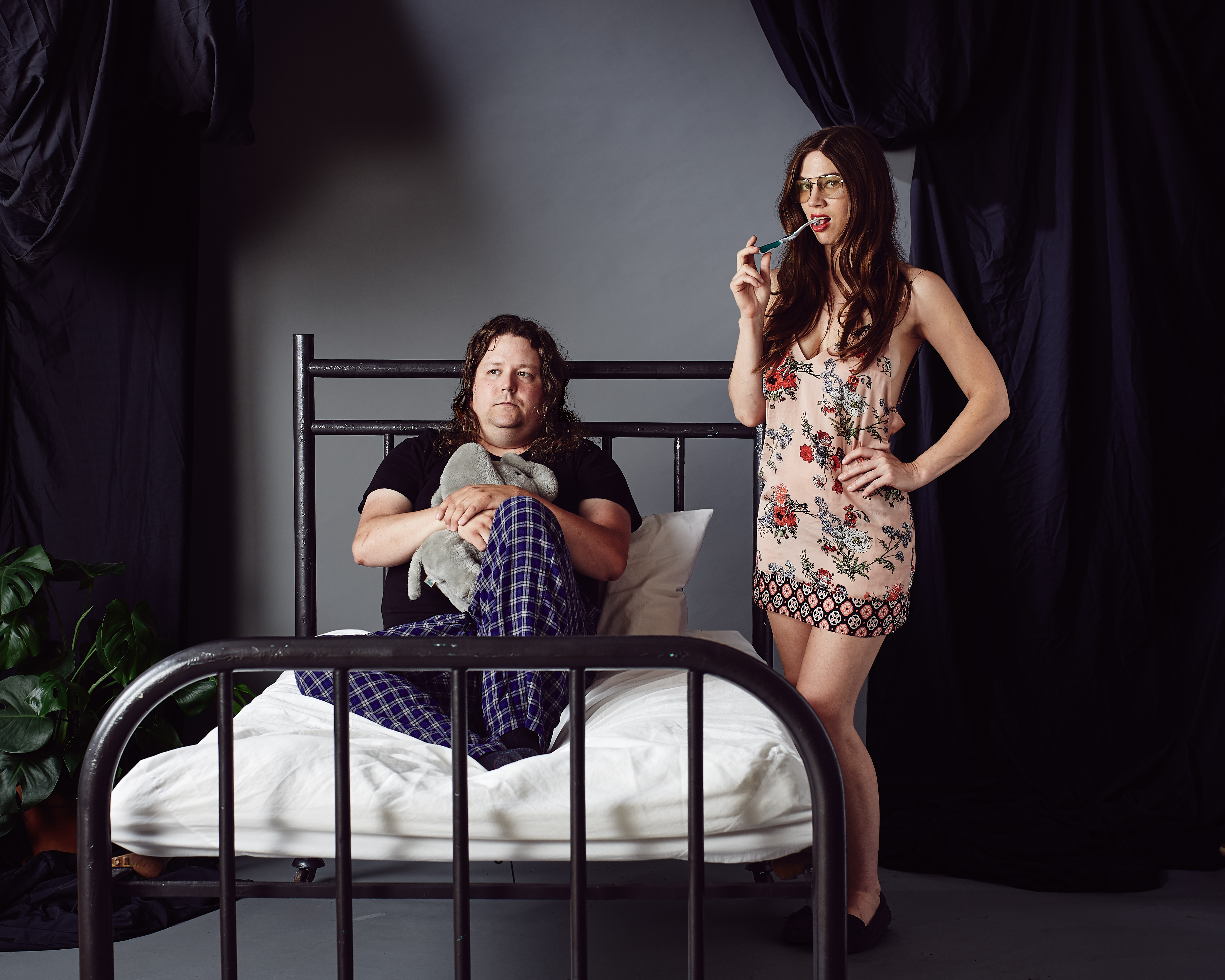 The heavy rock escapades of Djunah bring the fight in a raw, candid and very inventive sense. Ex Voto is the bomb.

Operating in the fast lane of ravenous rock exuberance is Djunah, and would you believe on listening to this album that the band is comprised of only two members? Working the vocals and suitably seismic guitar rig is the far from timid multi-instrumentalist, Donna Diane, and providing percussion is Arctic Sleep drummer Nick Smalkowski. When you also consider that Ex Voto was recorded by Kurt Ballou at God City Studio, maybe a comparison of The White Stripes meets Converge ain’t too far from the mark.

It’s rocky, grungy, heavy, melodic in places, and well… it’s loud. It would also be ill practice to cover anything from Djunah without referencing the source of that bass sound. As you will hear, the bass is audible, present, and seemingly standard, but it is in fact played by Diane using a neat row of foot controls. You gotta see it to believe it, and when keeping in mind that she is doing this alongside playing guitar, singing, and working an elaborate spread of other pedals, one cannot fail to be be impressed.

The aim, it seems, is keep the vibrancy of songwriting high up in the realms of fun, although there is an extremely serious side to this project. Much of the music is politically charged, with Donna squaring off against the elitist doctrines of wealth, sexuality, power, and personal freedom. Not a single one of these themes is addressed with any air of reservation. Why would they be? When the drums have this much pulse, and the guitars chime with this much fuzziness, you can expect nothing but fearless honesty in the most outspoken sense.

From these two separate angles of entertaining and defiant, you have the two greatest things about Djunah. Those thirsty for some outlandish technical proficiency need look no further, and those seeking to scratch an angry itch could very well find sanctuary in the same structure. As a disgruntled force, Ex Voto is as beastly as they come, and its precision-engineered plethora of noise is harnessed through 100% pure emotion.

As an instrumental force, the music alone is powerful enough, but Donna Diane’s vocals lift the intensity almost off the charts. She orates, she sings, she serenades, and just to add one more, she screams with enough fire to make Jacob Bannon himself quake in his boots. It’s a vocal display that grabs your attention and, should you interpret the lyrical symbolism, may just shake up a personal viewpoint or two.

Ex Voto is lots of things, none more so than passionate. It might be misrepresented as a purist display of technical invention, were it not for the sheer unbound heart ripping through the blueprints. That may be all you need to know. Amidst the crush of clever musicianship, the hard beats, and the jaw-breaking fortitude is a sense of conviction, love, hate, life, and death that thunders from the speakers in a refreshingly candid manner. If you find it hard to digest, then you’re probably listening to it with the correct ears, but lovers of music in general cannot refute the brilliance of what Djunah have created in Ex Voto.