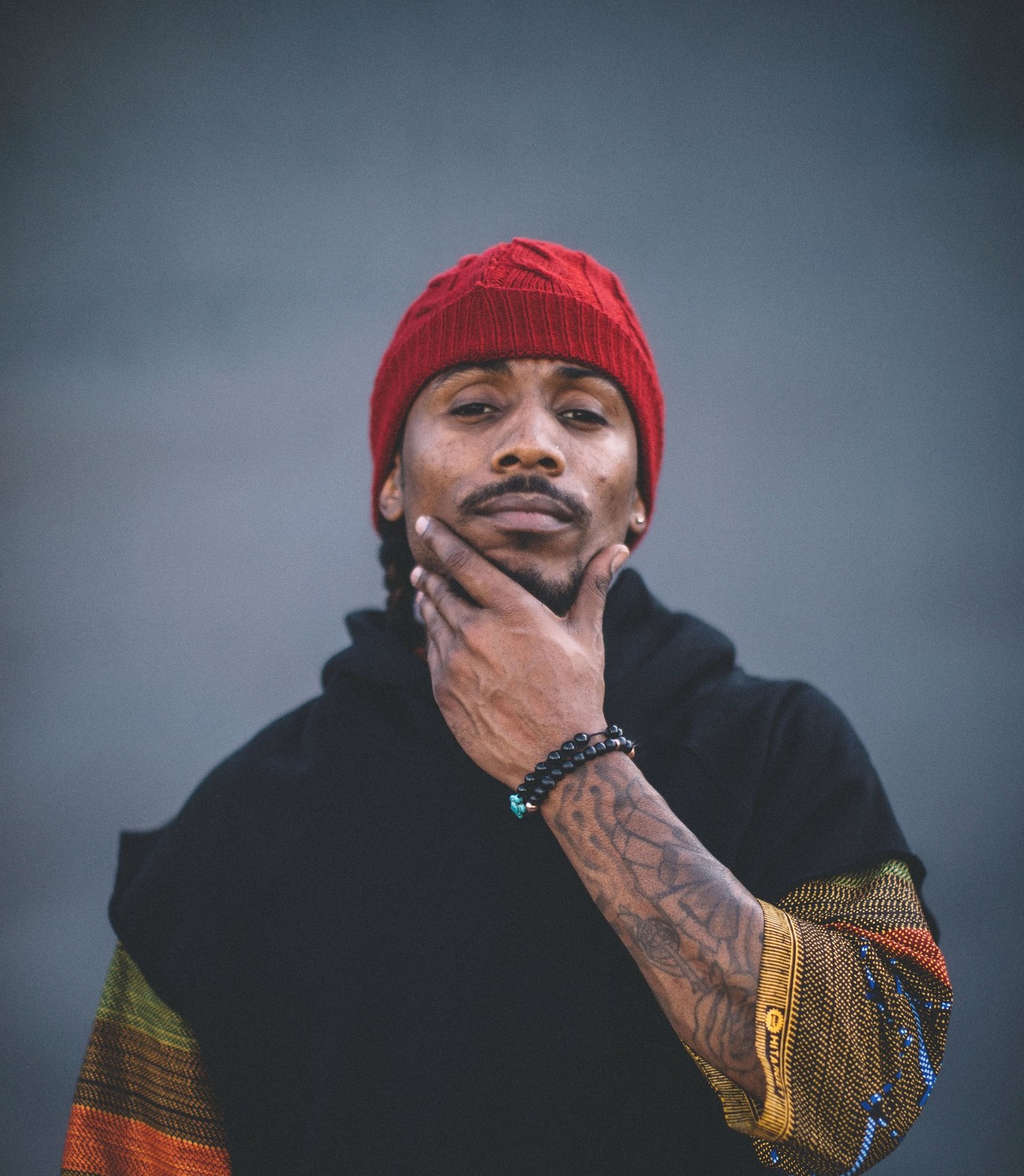 Coming off a well-deserved win on a hip-hop reality show, D Smoke keeps the dubs coming with his first full-length album. Black Habits is smart, smoky, and surgical in how it nods to the past and progresses forward.

I don’t wanna be dramatic, but I feel like the classic West Coast hip-hop sound is becoming more and more of a thing of the past. Sure, there are artists still putting out work with their interpretations and homages to it like DJ Quik, Anderson .Paak, YG, obviously Top Dawg Entertainment do their own thing, and, of course, RIP to Nipsey Hussle who was keeping the sound alive as recently as 2018. Growing up with an acute appreciation for G-funk era West Coast, I find myself missing it a lot.

This is why it’s inspiring to see new artists like D Smoke. Hailing from Inglewood, CA, he established prominence after winning on the first season of Netflix’s hip-hop competition/reality show, Rhythm + Flow. He dropped an EP the day after the season finale last October, and now has his debut full-length out called Black Habits. While it’s mostly concerned with pushing West Coast rap more forward, he’s got the swag and warmth of the region’s classic sound that entices me along with his ability to drop smart bars with flows damn near appropriated from the Pacific Ocean itself.

So much of good rap doesn’t sound extraordinary on paper; where much of the genre excites and delivers is in the execution and the charisma of the artists. D Smoke is definitely someone that delivers, but in his own way, on his own terms. You can sense it in “Morning Prayer”, an intro skit of sorts that starts the album out with a homely, lived-in feeling. This instantly feels personal, listening to two young kids pray with their mother before scampering off to school (the rapper’s family was quite religious growing up, involved in gospel choirs and all). Taken literally anyway – dig a little deeper and it functions as a loose plot arc for the album, and an allegory for growing up in general. Parents teach and lead, trying to instill their kids with values and knowledge needed to survive on their own. Turn to God, turn to your brothers for help, protect yourself and your family. Still, in Inglewood, anything goes, and it’s hardly ever in the favor of those that do no harm.

“Bullies” delves into a present-past view of violence – physical and political – condemning oppressive systems, his peers, and himself equally, along with the cyclical nature of it all. Likewise, “No Commas”, the first banger of any sort on Black Habits, touches on gentrification – economic violence – and how the walls seem to close in on inner-city black folk:

‘They buyin’ everything in my city lines
Property value rising, they gon’ gentrify
This ain’t rocket science, here, let me simplify
We think we owners, but we only renters, why?
The system ain’t broke, it’s designed to keep us declinin’
Until we reach the bottom line and can’t see the sky‘

If you listen to the whole album, you could probably guess that my favorite song would be “Sunkissed Child”, and it very well may be. It’s literally old-school California hip-hop complete with talk box, sunny synths, and a chill vibe that begs to have it played with the top down in your car sailing down Crenshaw. It’s a magical feeling, especially with the help of Jill Scott, a legend in her own right, and Iguocho, another lovely singer assisting on the hook.

Let’s be real though – there’s two title tracks, “Black Habits I” and “II” respectfully, that give even more goodness. Similarly Californian at heart, they both channel Jay-Z on his ‘all black everything‘ shit to become prideful anthems. The first of the two is more upbeat while keeping the mood of a cool, sherbet skied evening. There’s some really good lines here, from the opening bar referencing Prince and Purple Rain, to this nice play on words: ‘Rapidly, happily, I look back on Afeni Shakur/Her son paved the way, now all eyes on me/’Cause I’m young, black and gifted, Nina, all eyes gon’ see‘. The second track feels more like a quiet yet determined epilogue with D Smoke making his mission clear: succeed, especially if it means defying odds and the wills of those that would hold you back or control you.

This is something deeply personal to D Smoke as his family has been scarred by drug use and incarceration among other things. Black Habits is first and foremost autobiographical, featuring his parents in songs, simulating a collect call from his dad in jail at the end of a song (“Fly”), and getting some words from his father about his promise not to abandon his kids (“Like My Daddy”). This is a story that may not be unique, sadly, but it’s an affecting one nonetheless. It’s human, flawed and persistent, hopeful and making of the most of things. Ultimately, this is music for mending wounds, for the rapper and for anyone that can relate.

Black Habits flows so well, and as much as it comes easy, it also goes hard. Each song is purposeful, saying something profound or simply supplying the green to keep the high going. When songs like “Fly” play, I just feel relaxed – at peace. D Smoke stays confidently at one pace and tone, it’s hard not to be mesmerized by everything. This is an album that can be enjoyed on any level; vibe to it, dissect it, rap/sing along, whatever. He’s even got some great Spanish segments for all my bilingual rap fans. Hell, if I were as fluent as he was (and I’m not), being able to teach the language at Inglewood High School even, I’d flaunt it a bit too.

When the sun sets on Black Habits, I feel richer for the experience. This is my first time listening to D Smoke, someone whose rap career didn’t start in full swing until last year when he was 34, and I hope it’s not the last. His music feels grounded and intelligent, molding poetry from life as hip-hop’s most deified artists often do. This is a man that could be one of the sages of the West Coast, keeping its past in his mind while his heart stays focused on the now and future, healing with his words and ensuring voices don’t go voiceless. It’s a wonderful ride, packing knowledge and communal character into his music with ease.