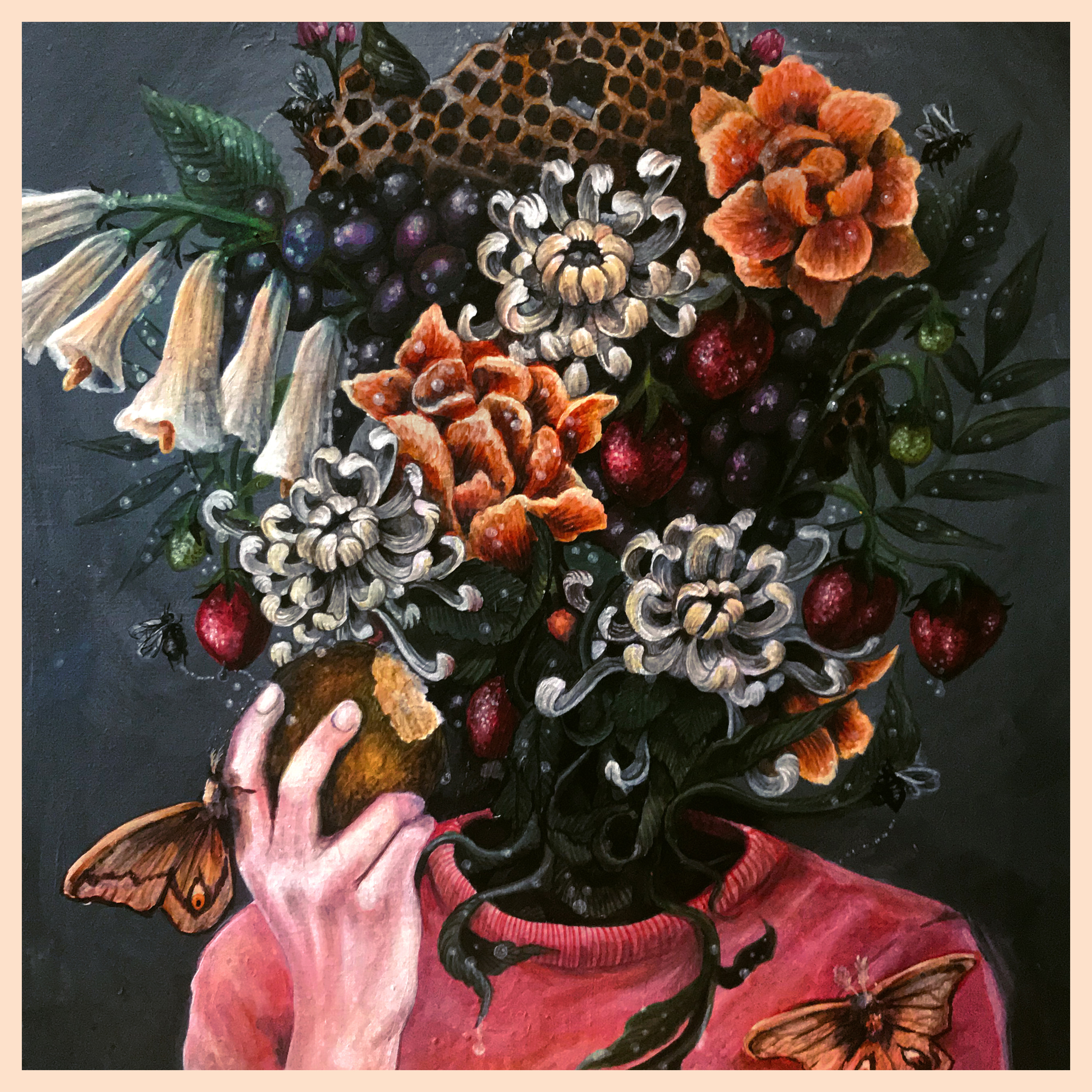 This is a very, VERY strong comeback from their first release, and although it is only six tracks, it spans through 31 minutes, with each song being captivating and very well put-together and structured. It will definitely be an unforgettable release by math rock outfit Covet.

California-based math rock band Covet is back again with a new full-length titled effloresce! This would make it the follow-up to their EP, Currents. They have gone through a line-up change between releases, introducing drummer Forrest Rice into the mix along with guitarist Yvette Young and David Adamiak. Personally, I have been eagerly looking forward to hearing new Covet material, as their EP has proven that they would be prominent in the math rock scene with ear-catching and clean riffs and and hooks. Let’s take a look at how their sound has evolved through their début full-length.

To tease effloresce, Covet released a song called “Shibuya”, featuring composer San Holo. The song showed a vast increase in maturation from a songwriting stance, as it is obvious that the composition is a lot more structured and organized. It is also a great way to showcase their new drummer Rice, who adds new colors and flavors through his jazz influences. Young’s guitar lines are much easier to catch and remember as well. Although the guitar work on the previous release flowed very well, it was relatively difficult to really catch the melody and have it be as memorable as it could be. That has changed with this release; there is a lot more direction and drive in the melodic ideas presented, neatly shaping the song into a colorful bubble of music. Adamiak is a notable bass player for his enthusiastic energy, and is very hearable. While staying simple, he lays down the groove with finesse and energy to fill up the space and add a sort of percussive commentary on Young and Rice’s playing, tying the ensemble together very cohesively.

However, Covet are full of surprises with this album. My personal favorite track, “Gleam”, deviates from the math rock realm, embracing the atmospheres and flavors of ambience and groove. The song begins with sustained and drawn-out chordal moans, and Rice delivering a misty and rather melancholy groove, cleverly utilizing his small-stack cymbal to add to the rather cold and winter-like tonal perspective that this track takes. Young’s melodic lines are largely simplified, focusing on ways to add to the spacey sound, utilizing her pedals to help achieve a dark and, again, misty tone. Adamiak establishes the rhythmic structure and themes underneath her lines. All of this contributes to the river-like flow of sadness, ambience, groove, and melodies.

“Howl,” the final track, is another favorite. It takes up the elements of “Gleam,” albeit in a much more driving and abrasive approach. The melodic ideas of Adamiak’s bass playing are superb during the beginning of this song, traveling up into the upper registers and ornamenting/responding to Young’s riffage. This piece ventures into the rather lucid quality of the band’s style, getting the listener into a daze. However, it really surprised me when the piece descended into low-end, heavy riffing and strumming, showcasing Covet‘s versatility and bravery to explore many different sounds into one song. This is arguably their strongest track on effloresce.

There is much to say about this album (which even includes a re-recording of “Sea Dragon” featuring Mario Camarena of Chon!), but it is impossible to fit all of it in this review. This is a very, VERY strong comeback from their first release, and although it is only six tracks, it spans through 31 minutes, with each song being captivating and very well put-together and structured. It will definitely be an unforgettable release by math rock outfit Covet.