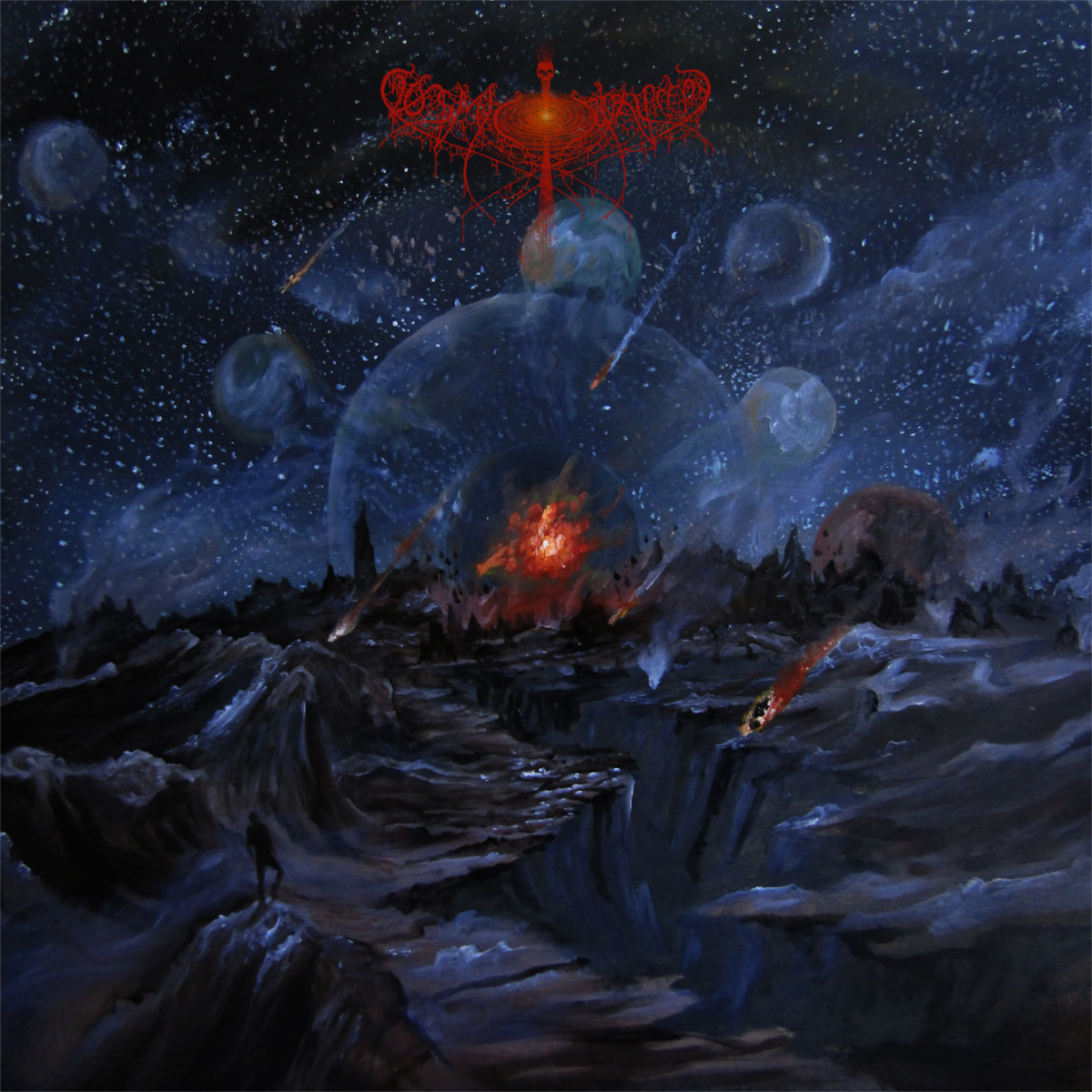 Cosmic Putrefaction – “The Horizons Towards Which Splendor Withers”

The depths of space, although devoid of gravity, are becoming home to the heaviest forms of death metal. Cosmic Putrefaction pull us further into the bleak celestial planes of existence with The Horizons Towards Which Splendour Withers.

I think it’s widely accepted that the future of humanity is in space. As with all exploratory ventures, it’s wise to send a small contingency of the population to scout ahead to see if settling an untamed region is a tenable solution. Usually, getting volunteers for such a venture is like pulling teeth, but it seems that a subset of death metal bands are chomping at the bit to break through the atmosphere and see if their screams and growls will actually go unheard out there. Last year, Blood Incantation’s lauded sophomore album,Hidden History of the Human Race was a notable moment for cosmic metal. So far, the standard-bearer for this year is Cosmic Putrefaction’s The Horizons Towards Which Splendor Withers.

Being on a label such as I, Voidhanger means many things, not the least of which is that the music you’ll be listening to will be anything but a straight-down-the-middle experience. Cosmic Putrefaction is the work of a single individual using the moniker ‘G.G.’, and while that’s wildly impressive given the technical skill required to make all of this glorious noise, it also indicates that there will be a single-mindedness to the vision of the project and cohesion that sometimes takes traditional bands years to find. What we hear from the very beginning of this album with the track “Between Awe and Fear upon the Burst of the Ominous Star” is an onslaught of incredibly technical musicianship, but it never takes the center stage as simply a conveyor for flashy fretboard gymnastics. The atmosphere is dense, dissonant, and cavernous.

‘I’ve remained a thousand years floating in oblivion I look around: remnants, remnants, and dust. As the blight came they burnt it all. Cleanse the corrupted!’

After the first, mostly cacophonous few minutes have passed, we get glimpses of negative space, atmosphere, and breath in the bridge of the second track, “This Landscape Sublimates Oblivion to Obliteration”. While the track’s narration of an observer that retells the fall of humanity and the failure of the gods plays out, there are dashes of melancholic and substantive celestial fog that permeate the song. As the album progresses, it gives rise to more of these instances, which genuinely enriched the listening experience for me. There’s nothing quite like death metal when paired with this impenetrable atmosphere. The final layer on which these songs work is the cryptic tales of galactic horror and omniscient forces waiting to be manifested, as in the song “The Glooming Murk of His Telluric Shrieks”.

The final third of Horizons is where G.G. really starts to stretch their legs. “Abysmal Resonance Projection” nearly doubles the runtime of every song that came before it, closing after just over eight minutes. It opens with some nice tremolo riffing before the rest of the instrumentation comes crashing in. The echoing vocals, double bass drum, galloping bass lines, and tortured, murky vocals are swirled together in a production that shines in making each element part of the larger whole. Just as you think this song is about to taper out, it instead widens and gives a much needed moment to breathe before the reemergence of the track in earnest, but with a stronger emphasis on the vocals on the back half.

‘He was showcasing a bold impavid gait despite being immersed in a baleful aura surrounded by sinister omens, which were looking forward to take shape any moment. “Adrift for eons, I aim for a perfect silence, vanished in stillness, undone in perfect quiescence.”’

The final track is no doubt the crown jewel of the record and the culmination of all that came before it. The gorgeous lead-in with the harp and strings is followed quickly by cinematic guitar leads. This one is heavy – it’s as if gravity is once again a factor in this journey through space. The vocals take on a new level of pain with additional textures adding to the sonic palette. Bells ring out, signaling a sense of finality and impending judgment. It’s one of the heaviest songs that I’ve heard this year; it’s also one of the finest closers as well. Ending an album that has such scope as this takes a certain amount of balance. It is important to remain true to all that came before it, but also indicate that the journey is closing. This collection of songs tells a story and winding that down is paramount, and “Utterance of the Fall of Man” gets it absolutely correct.

What can I say? This album hits a lot of the right literal and metaphorical notes for me. The Horizons Towards Which Splendor Withers is a splendid match of otherworldly death metal and impeccable musicianship. When two forces as strong as this meet it’s nearly impossible that greatness would not emerge. Cosmic Putrefaction have accomplished their mission of making an expansive and punishing journey through the cosmos and I thank them and I, Voidhanger for the opportunity to follow along.