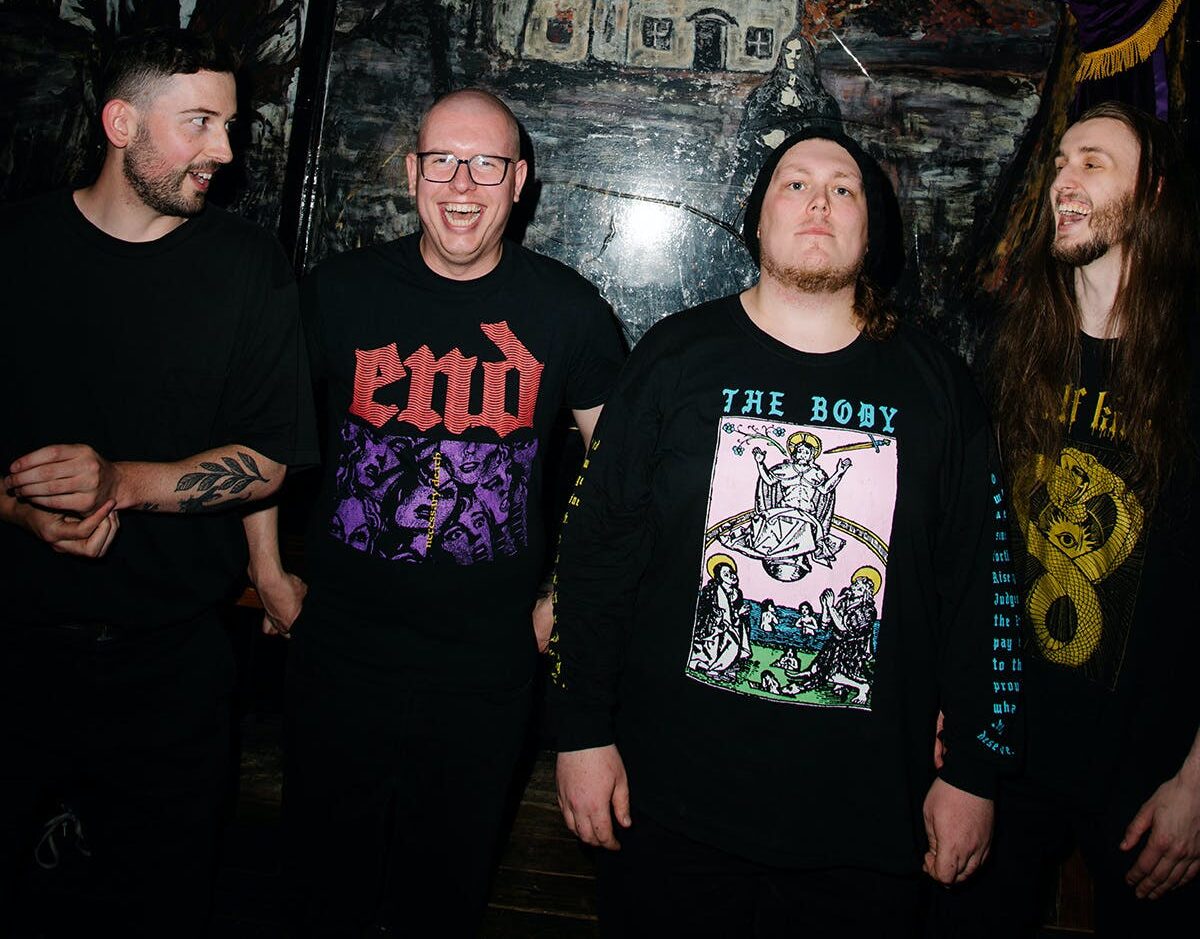 Conjurer contend with the human condition on Páthos, an album that impressively does a lot with its time and space in a way indicative of a band destined for greatness.

Conjurer really jumped out the window with their debut album Mire about four years ago. It was a doomy, sludgy endeavor that had just about everything fans of the heaviest of heavy want in an album. That, mixed with a phenomenal joint project a year later with fellow heavy Britons Pijn called Curse These Metal Hands and a covers split with Palm Reader, made them a band to watch both in that scene and internationally. Surely, many eyes are trained on them as they deliver their latest elephantine work of art. So, what’s it like?

A good amount different, actually. Páthos is more beholden to black metal and post-metal sensibilities than before, something the band tended to flirt with in the past with their far-reaching brand of heaviness. This can be keenly felt in the singles “It Dwells” and “Rot”, but even more so in the deep cuts as we’ll see soon enough. Atmosphere is focused on more overall, something I greatly appreciate, but melodies aren’t cast to the wayside – just check that piercing, clawing riffing on “Rot”.

More often than not, Conjurer are now slower and lower than even Mire. Though dark, Mire had a speediness to it that gave it some upbeat tendencies. Páthos on the other hand just feels crippling, crushing, almost inescapable with its voidal pull. “All You Will Remember” is one of my favorite tracks to showcase this. It’s post-metal through and through, with its calmer sections giving way to unabated causticity and the fierce rhythm of double bass drumming, and its clean vocals and spoken word within are more eerie than soothing. Then, an eruption happens – blast beasts and serrating guitars burst forth into a black metal frenzy that hasn’t come from the band before. It only lasts a moment, but it’s more than enough to make an impression. Clearly, Páthos is a changed Conjurer.

Right after that, we get “Basilisk”, an ass-beating pummeler of a track, so engaging with its rhythm and power. Again, you haven’t heard anything quite like this from the band yet. There’s such a fine, specific mix between melody and atmosphere here, it’s hard to describe or pinpoint where it all goes so right. Vocals are as searing as ever, and the breaks in intense instrumentation just seem to pull you in deeper so as to guarantee further atomization when the heaviness returns – and it always returns. The end of this song is so abysmally crushing, you can’t retreat from it. It’s got a very subtle deathcore-ish breakdown feel as well, which should have fans more attuned to that style frothing from all orifices.

Páthos is a great title for this album because it feels inherently existential and troubled on a spiritual, mental level. Though I’ve never seen the word with the accent mark over the ‘a’, pathos refers to ‘complaints of the soul‘ in the Stoic school of philosophy, but more generally (and bringing the word into the current century), it refers to suffering, pity, and compassion. Different things, but all intrinsically linked in our complex emotional world. We are blighted with sorrow throughout life, but without it we are unable to be compassionate and empathetic. Páthos, the album, shows that sort of war going on internally. “It Dwells”, for instance, calls forth allusions to intrusive thoughts and depression for me, making the lyrics hit harder than expected.

‘I’ll brave any tide in the ocean
If, us both, its depths would claim
I’ll dive from the highest peak
If it means you will plummet the same
One day I will find peace
Come what may‘

Even as “Cracks In The Pyre” hints at a grim demise for the end of the album, Páthos is an album of subtle duality, encompassing all that its namesake evokes – the ominous and the hopeful. It is blackened serenity, slithering from a place of gloom into one of at least peaceful acceptance, even if comes with a veritable end. The album doesn’t seem prescriptive in that though, and surely it’s open to interpretation, but less so is its commanding control of sonic darkness and heaviness as a whole.

There’s a reason why I gravitate toward music like this, and it isn’t just for the weight per se, but the manifestation and interpretation of emotional and mental complexity, and how these types of bands never shy away from highlighting the very real aspects of existence that aren’t fun to talk about but are endlessly relatable. In that sense, Conjurer are comrades in a battle they may themselves be facing in some way. The last several years alone have given us much to lament, but we persevere because we answer the call to be empathetic – to ourselves and others – and seek out those who would give it to us. After all, pathos is a root word for empathy, just as it is the effect of what causes empathy to show itself.