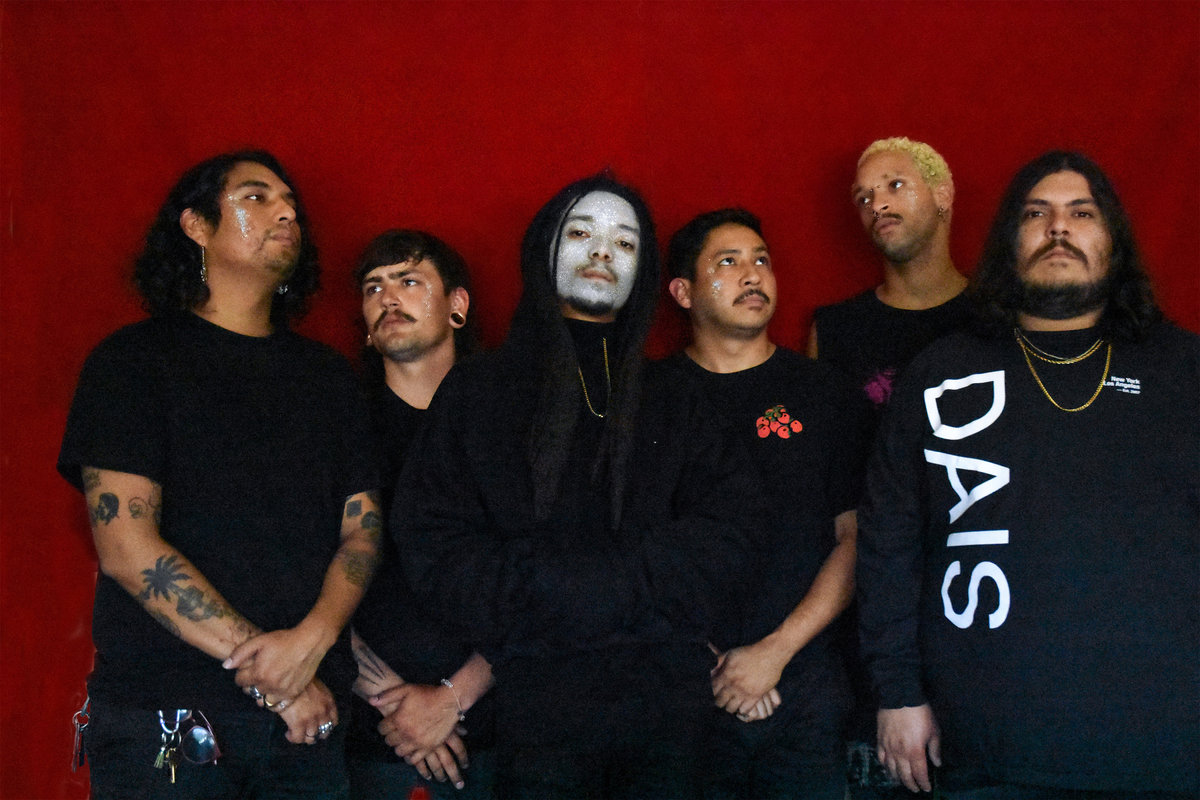 Cold Gawd – “God Get Me The Fuck Out of Here”

If you like shoegaze and hardcore, you may very well find yourself in love with the gritty, atmospheric, gothy vibes of Cold Gawd’s God Get Me The Fuck Out of Here.

Cold Gawd are a band I’ve been watching since earlier this year when I discovered them while on tour with my own band. I found them through their single, “Moving to California in March”, and seeing the news of their signing to Dais Records via an Instagram ad. Dais Records being a favorite label known for being home to a number of my favorite names, it seems a fitting place for a band of their caliber. After listening to that single a vast number of times, as well as digging through prior releases, I subscribed myself as a fan of what they do and have been hype to hear their sophomore release ever since!

Cold Gawd begin this record with an upbeat track, “Sweet Jesus Wept Shit”, which features a short few lines or so of lyrics. Yet, even in this small word count of context, plenty of meaning, expression, and emotional punch is packed with each vocal muttered: ‘Can’t explain the years of self doubt; find a year, figure it out’. Four simple lines, barely even two sentences, and somehow it still eerily resonates with relatability.

Simple, yet effective! As with virtually any lyrical work, and just how subjective and open most artists tend to leave their meanings, the exact definition of what Matt Wainwright is intending to push with these words could be anyone’s guess. But personally, I’m picking up on a sense of dissatisfaction in one’s life, paired with a struggle of figuring out what it takes to make the positive changes necessary, as well as finding the courage and ability to do so. No matter what way you choose to look at it, though, it is clear Wainwright has a way with words.

The brief moments of harsh vocals echoing bits of the verses, the muddy, sludge-like grit of the guitar tones, catchy drum beat, and reverb-soaked singing vocals all help make this track feel like that classic, ‘90s shoegaze crossed over with bits of hardcore abrasion. It’s almost like a noisy lullaby; an angry serenade, if you will. It checks all the boxes of a shoegaze revival while still making you want to grab the mic and stage dive at their live show, all the while entrancing the ears with a haunting aura about it. It almost feels like ghosts wrote this song as well as this album.

Cold Gawd have a sound that Wainwright has cited influences from r&b for. This can be heard in what I believe is my favorite track on the album, “Gin”, a song that seems to lyrically detail the bitter feelings of projecting blame on everything and everyone else but yourself. Perhaps the title (coincidentally named after a favorite style of liquor) suggests an unhealthy means of suppressing dissatisfaction in one’s own life? Or maybe the idea is, as the lyrics say, it’s not the substance itself that poisons you, but so much your obsession with it and never making the choice to know your limit when it’s reached.

Once again, simple lines, barely even a page full of lyrics, yet plenty of meaning and depth portrayed. Ironically, this track almost seems like a perfect one to have a drink to. It has a vivid aura that personally puts me in a calming haze each time I turn it on, but at the same time, I don’t even feel the drink is needed. The song itself just does it for you, putting you in a place mentally that supersedes any emotions outside of a placated state of tranquility and introspection.

With an act like Cold Gawd, and a sophomore release as interesting as God Get Me The Fuck Out of Here, it’s safe to say that modern shoegaze is in beautiful, powerful, safe hands. As stated in the almost philosophical, spoken-word, podcast-over-an-instrumental-like track “Comfort Thug”, Cold Gawd have ‘shaken the machine’, they have played the game, and it appears they are truly winning. The band has pushed the quarter in, left their mark, and there’s nowhere to go but higher up on the scoreboard from here. Especially so, should they manage to continuously put out quality, textured music like this with each future release.

If you have yet to take the dive into Cold Gawd’s God Get Me The Fuck Out of Here, this is a direct call to get aboard the blissful, bittersweet, melodically melancholic train of blood-pressure lowering, intoxicating frequencies it has to offer. Cold Gawd make hell feel like heaven with what they do. You can also hop aboard this train in a more literal sense, should you catch them on their upcoming tour with Cold Showers, and performing at the Dia De Los Deftones festival on November 5th! Best queue up the album right now and get yourself acquainted.