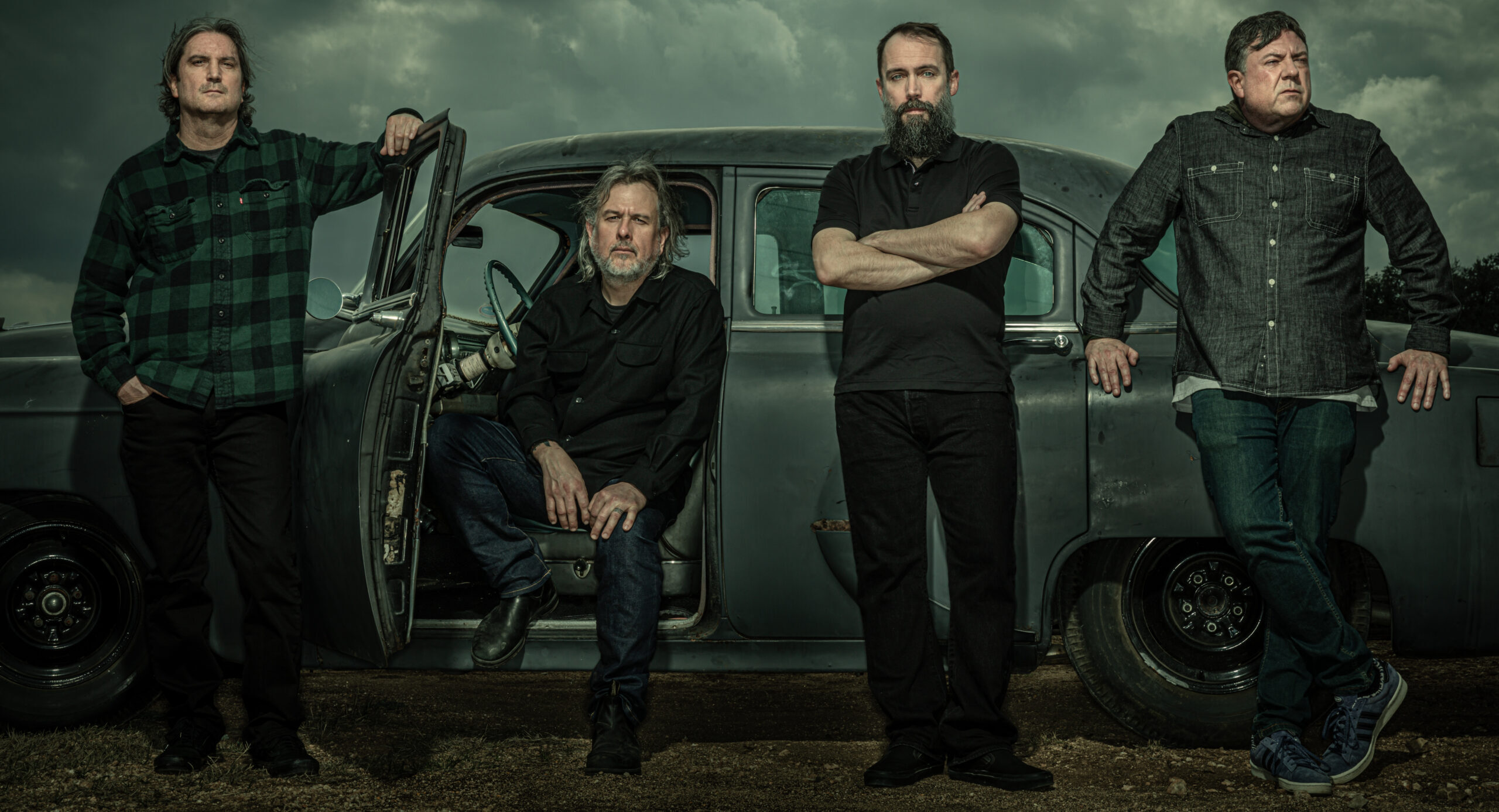 By David RodriguezSeptember 14, 2022 No Comments

Clutch‘s wild ways can’t be tamed after 30 years, and Sunrise On Slaughter Beach is proof positive of that, as it’s one of their best efforts in a long while.

I’ve been dealing with a lot of bands lately who are sickeningly consistent, almost to a fault. Clutch easily fall into this category as well. Here’s a rock band who haven’t slowed down even in the slightest, still cranking out awesome tunes that sound good and expand their fantastical approach to the genre, covering everything from alternate histories to science-fiction, telling stories rife with outlaw mentality, mischief, and misfortune.

You need look no further than their recent compilation Monsters, Machines, and Mythological Beasts, which groups a hearty handful of tracks across their 30-year career focused on… well, monsters, machines, and mythological beasts. They’re eclectic, and even when their instrumentation is tried, true, and steadfast, their lyrics and themes are about as unpredictable as can be. This, and some more, is all that goes into making them a fun-ass band. I’ve been a fan for quite a while now, and even I have some trouble keeping track of it all (and there’s still a couple of albums I haven’t properly delved into after all this time). One thing that’s true across their music as I’m sure you can guess is the heft of imagination that goes into it.

Sunrise On Slaughter Beach is more of the same – depending on how you feel, you either smiled or are moving toward your browser’s tab bar to close this review (bye?). Neil Fallon is in top form as Clutch‘s crooner, his voice as distinct as ever, Tim Sult’s guitar work is fiercely catchy, Dan Maines’ bass is wonderfully rumbly like a dragon’s hungry tummy, and Jean-Paul Gaster’s drums are formidable and guiding along the album’s many journeys.

“Red Alert (Boss Metal Zone)” is a cheeky track, inspired by anti-vax conspiracy in the early days of COVID-19 and how a schematic for the (in)famous guitar pedal was mistaken as a chip hidden in vaccines. I’m not kidding. Fallon and crew ran with it though, satirically, transposing the prospect of the marriage of human and machine, and going full Blade Runner with it (‘I used to work for Doc Tyrell, it didn’t end so well/Been misbehavin’ since the Tannhäuser Gate‘). The groove here is so good, and makes for a rousing-ass intro track to the album.

This is the kind of stuff you’re well accustomed to as a Clutch fan. Songs rarely veer full-on into humorous territory, but contain enough camp and cult references that add to the enjoyment. A two-fold example is “Mountain of Bone”, which had Fallon inquire to himself (and us) if he’s chaotic evil or lawful(ly) good, nodding to Dungeons & Dragons and its morality alignment system. Honestly, it would make complete sense if Fallon was a D&D fan, given the lyrics he sings and storytelling prowess. He’d make a hell of a DM.

“Slaughter Beach”, the album’s kind-of title track, is a wild endeavor with a surgically singable chorus and video so conceptual and literal to the lyrics, it’s actually impressive. This was all apparently inspired by a nighttime walk along the Delaware Bay – ‘Odd things happen there,’ says Fallon. The horseshoe crabs it references also helped inspire the cover, which has the ‘blue-blooded freaks‘ taking flight with nomadic pilots on top. One of this planet’s weirdest creatures made weirder – only Clutch could or would do something like this.

The details in these songs flood you with visions, another Clutch staple. “We Strive for Excellence” is an ode to childhood antics, doing shit you’re not supposed to do, but having a damn good time, injuries notwithstanding. Fallon embodies his topic, talking about his uncle’s favorite Farrah Fawcett lighter, snake bites (‘You’re in the Cub Scouts, right?/I believe I need a tourniquet‘), and calling back to when Evel Knievel captivated America with death-defying stunts. The descending guitar riff during the verses acting like the downward trajectory a kid on his bike takes after launching off a homemade plywood ramp in his backyard.

That’s really what it’s all about. Clutch pumps the blood and soundtracks any good time you could probably think of. It’s what made them the perfect soundtrack for the bullshit Bam Margera put his friends and family through on Viva La Bam, where I first heard this band. Their stonery slant is endearing, high or not, and this album in particular has some of the most amusing lyrics yet. “Three Golden Horns” deserves a quick shout-out for its hook toward the middle – ‘Turtlenecks and switchblade knifes/Pointy shoes, back-alley dice/Oh, what’s the use?/Jazz music corrupts our youth!‘

I get the sense it’s all in a day’s work for the Maryland group commonly referred to as the hardest working band in rock by fans, but don’t mistake that for complacency or stagnation. Clutch still have the capacity to shift into higher gears when they want, and that attitude makes Sunrise On Slaughter Beach one of their tightest efforts in a while, dare I say since Earth Rocker. Fans can’t go wrong and, really, if you’ve gone this long without checking Clutch out, now’s a good time. Have a blast.