By Tyler KollinokMay 5, 2020 No Comments

Charmer packs a powerful midwestern emo punch with Ivy, solidifying themselves as a mighty up-and-coming force in the genre.

There’s always been something magical behind the sound of midwestern emo. In reality, it’s just a sub-genre of alternative music, similar to math rock that’s known for ‘twinkly guitars’ and intricate songwriting, but it seems so much bigger than that. In all honesty, I haven’t really been familiar with the deep history of midwestern emo for very long. However, curiosity killed the cat, and once I began listening to a few bands, I fell deep into the rabbit hole.

My introduction came primarily from artists in the emo revival, especially through Tiny Moving Parts and The World Is A Beautiful Place and I Am No Longer Afraid To Die. That inevitably led me back to the classics, like American Football and The Get Up Kids. Even though I loved the sound of the forefathers of the genre, I felt myself constantly returning to the newer sound of midwestern emo. Don’t get me wrong, I adore American Football‘s self-titled debut, but there was something I found so much more intriguing in the delivery of songs by Tiny Moving Parts and Into It. Over It.

This is where Michigan’s Charmer comes into play. The band’s second full-length album Ivy manages to take some of my favorite elements of midwestern emo and package them all together with a nice bow on top. Rather than simply relying on a groundwork created by classic math rockers, Charmer takes on the influence of post-hardcore and pop-punk to craft beautiful music that can get your blood pumping. When I listen to them, I hear a strong similarity to Pennsylvania bands Balance and Composure and Tigers Jaw, especially in the vocal melodies. One of the things I enjoy the most about Ivy is that the songs sound so familiar to music I already love, but at the same time, they all are so incredibly fresh and new.

From the very beginning of the first track “Slumber”, I knew I was in for a nice ride. It’s a perfect introduction to Ivy, as it showcases the differing foundations of the album in a cohesive and well-composed bundle. It starts with a very pop-punk infused verse, but it soon introduces the first math rock section, complete with complex drums and elegantly melodic guitars. This trend continues for the first couple of tracks, but doesn’t get boring along the way. One of my favorite songs on the album is “Doom”. It was the first song I heard off of Ivy, and it is the one that sticks in my head the most often. The bouncy introduction and choruses are pleasing to listen to, and it’s easy to imagine a crowd jumping along to it. “Doom” sounds like it could be a huge modern pop-punk anthem, reminiscent of songs written by Real Friends and Knuckle Puck.

The back half of the album continues with the same force as the first half, continuing with riff heavy verses and catchy choruses. However, songs like “Wither” and “Sunshine Magazine” take a different approach. “Wither” is the most math rock-esque track on the album, with an intro guitar part that would fit seamlessly on any American Football album. The song alternates from a calm and serene segment to a loud and pounding barrage of in-your-face instrumentation, making for a dynamic track that keeps the excitement building throughout. On the contrary, “Sunshine Magazine” is the only song on the album without any bass or drums. The acoustic guitar and distant vocals make it feel incredibly desolate compared to the other ten songs on the album, which actually causes it to stand out as one of the most memorable tracks.

Fans of midwestern emo and post-hardcore definitely shouldn’t wait to check out Ivy. The entire record is a gratifying and emotional experience with incredible songwriting and musicianship. While it’s easy for me to compare Charmer to other bands in their genre, it truly doesn’t do them justice. They have crafted their own sound in the field of emo music, and it’s one that feels strong, sincere, and energetic. From the rough intensity of “Windbreaker” to the sentimental acoustic strumming of “Sunshine Magazine”, Ivy takes you through the peaks and troughs of life. Charmer may be a new band on the block, but they still capture the same power as some of the most experienced artists in the industry today. 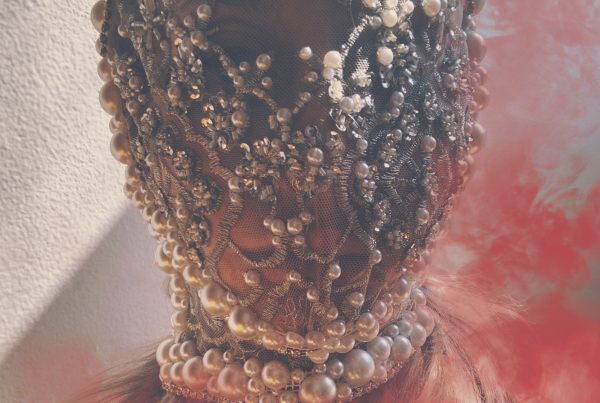