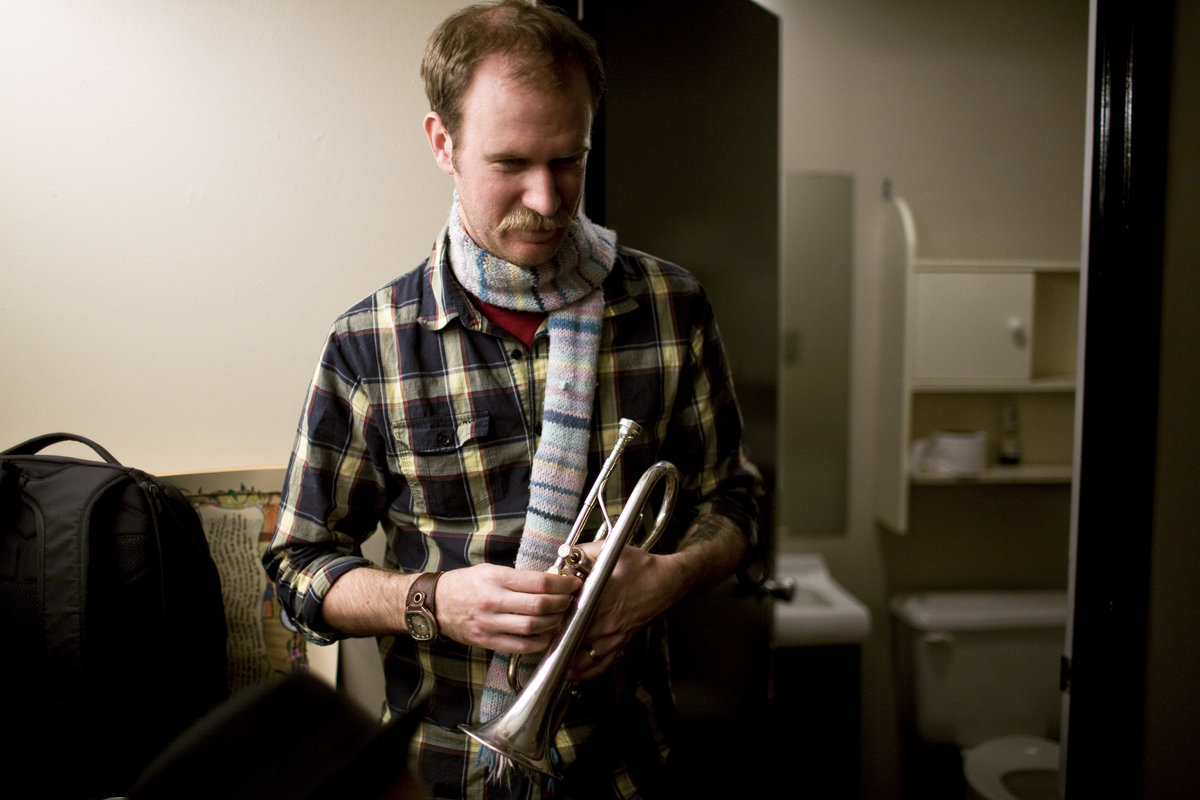 Charles Spearin – “My City of Starlings”

Let Charles Spearin plunge you into a world of contrasts formed by a unique artistic vision on My City of Starlings.

Jazz, for me, is the very definition of hit-or-miss territory when it comes to music, mainly because that title is thrown around so carelessly that it has lost a good chunk of its meaning throughout the years. I’ll nip that concept in the bud right away though, since I don’t really have enough room here to dig into it, nor do I want to do that at the expense of the artist I’m about to write about. However, you definitely know what I meant with the above, and that’s enough of a bridge to the matter at hand already. In the end, your only option is to listen and determine the apt categorization for yourself, which for better or worse, it’s often obvious right from the start. Sometimes, however, something fascinatingly polymorphic presents itself to you, and it takes a while to fully grasp what you’re hearing.

The Canadian multi-instrumentalist Charles Spearin, perhaps most widely known from being the founder of such indie rock acts like Do Make Say Think and Broken Social Scene, released his new solo album, My City of Starlings, on August 13 through Arts & Crafts, which then found its way to my earholes via a recommendation from a friend. You know, those people tagging along from various sources throughout one’s life and may or may not give you a needed nudge to the right direction from time to time. The case here is the latter, and soon I found myself immersed in the album’s sonic wonders, repeating it over and over again to fully understand it and to be able to form coherent sentences about it.

Having tested and thoroughly proven his creative artistic capabilities on multiple fronts, whether bands or genres, and being decorated as such with multiple accolades, Charles Spearin has built quite an impressive résumé for himself during the past 20 years. My City of Starlings is the latest addition in his more or less solo-oriented outings, following the collaboration album Thank God the Plague Is Over with the Swedish violinist Josefin Runsteen from 2020. While relying on a firm jazz base, My City of Starlings flourishes through the avant-garde and fusion leanings residing in the limelight throughout most of the album, and it’s all the better for it.

“Sympathy & Vegetation” kicks things off in a spacious but sturdy fashion, and the feel-good vibe that envelops the entirety of the album introduces itself. Don’t let that idea mislead you though, as there’s still plenty of darker, more sullen moods and tones to be stumbled upon later on, like in the songs “Diaspora” and “My Heart Is An Appaloosa In Canter”. That said, the warm, positive undertone every aspect on the album mainly proceeds on is rather refreshing and on the forefront already during the opener; the following song, “Portrait of the Artist as a Thursday”, further emphasizes it with its music box melodies sticking to the back of the listener’s head for days to come.

These pregnant melodies prove to be My City of Starlings‘ strong points, as the vast majority of them are both memorable, emotionally striking, but first and foremost animated, and at times even playful, to keep your attention fully directed at it for its entire length. Having 13 tracks and a runtime of 48 minutes can have its pitfalls, and keeping things interesting and gripping that long, especially when taking into account the music’s vivacious and partly flamboyant nature, that’s by no means a simple — let alone an easy — task. However, here those feats are accomplished, and in a manner that makes them seem effortless, no less.

The album’s jam-packed with an abundance of aesthetic leanings that collide with each other seamlessly, as different shapes and colours on a bigger tapestry that seem juxtaposed to each other, yet aren’t. The middle run on the record, consisting of “Three Voices (Braided Carefully)”, “When Tigers Used To Smoke”, the aforementioned “My Heart Is An Appaloosa In Canter”, as well as the titular track, demonstrate this clash of tones and hues perhaps the best — each being wildly different from the other, yet sharing a resemblance in their respective undertones and coming together to form the strongest thread of tracks on the album. This quartet also perhaps best represents the more meditative angle and the subtle but captivating ambiance that makes My City of Starlings what it essentially is.

“Death By Onomatopoeia” and “Sometimes It Hurts To Be Alive” come from the left field with their indie rock-esque rhythms and accelerated pace, before the more moody closure served in the form of “The Morning Dew Lay Heavy On The Grass” and “The Wedding”. All the songs, despite their inherent differences, find a home in the greater scheme of the album, and each song could be characterised with a genre of their own, should that be necessary. I understand how I might come across concise when describing all the insane intricacies here, but the other option would be to be superfluous as all hell and dedicate an entire paragraph for each song, and that’d still be nothing short of a condensation. I also notice I’m simply running out of things to say to draw you into Charles Spearin‘s gentle but thrilling lap without giving away too much of it. Just listen, experience, and enjoy.

Properly articulating all the thoughts and emotions My City of Starlings conveys would be next to impossible for me to do. Charles Spearin has created an album that somehow exists both within its own framework as well as beyond that, and to dilute all of its unique grandeur down into mere words wouldn’t do it any justice. I’m familiar with the oxymoronic nature of that sentiment given that I’ve blabbed on and on about it already, but consider my words as humble and bare statements of just why exactly you should dig into My City of Starlings promptly, without bias or faux opinions gathered from the shreds of mine. It’ll do you good, I promise.