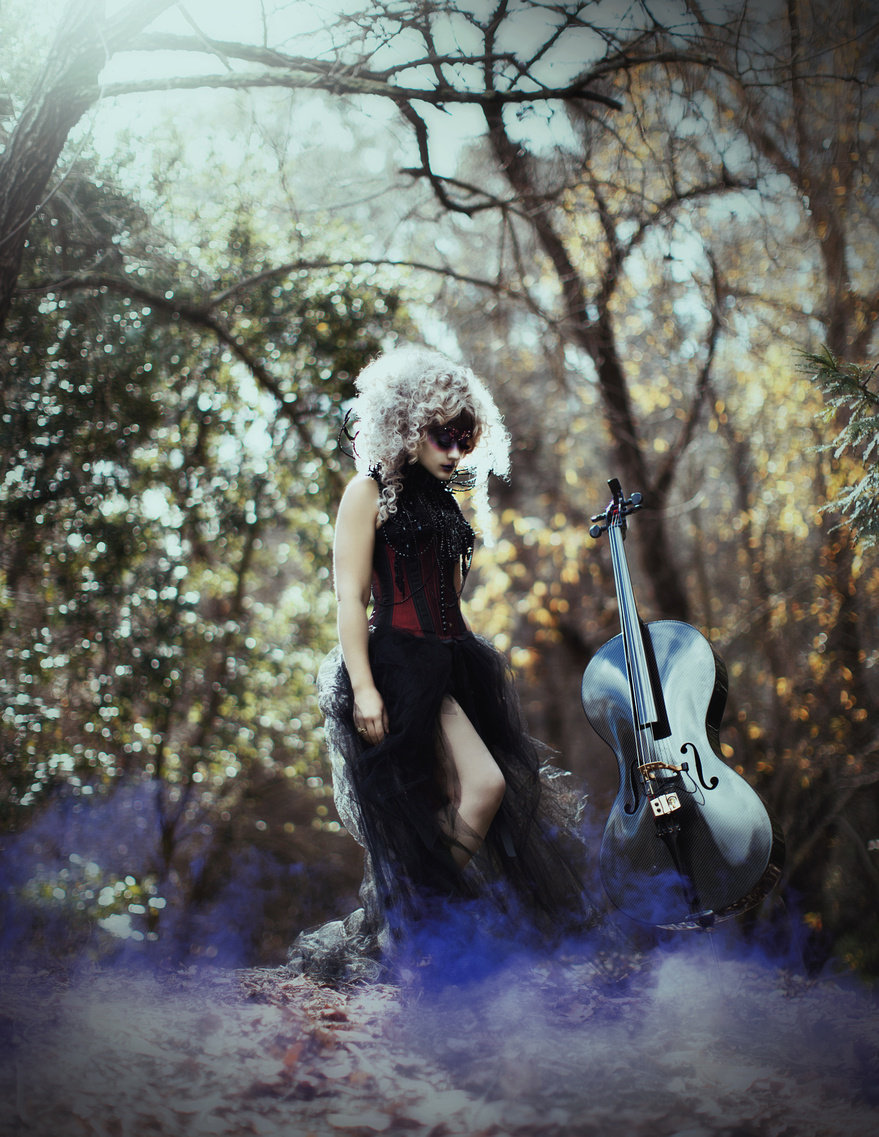 Transfigurations is politically driven art all created as a thought piece by the mastermind Cellista geared at making us stare our reality in the face.

As an outsider looking into the American political and sociological systems I don’t have much space to stand on. I don’t want to make this a political discussion but it would be a disservice to Cellista not to at least mention. The state of our world is in particular disarray at the moment and Transfiguration draws its material from this turmoil. Cellista offers up her own interpretation of what the political climate has presented itself as. This is achieved through a genre-fluid thought piece meant to get us thinking. Like the name suggests there is a heavy emphasis on the cello and none of us are worse off for it.

The songs are crafted through news and political speech recordings, spoken word poems, beatboxing, rapping, operatic singing, and of course the instruments used. Cellista leads this charge with her cello while accompanying musicians help out with pianos, violins, viola, glockenspiel, and more. All of this is added into the pot creating a brew that I would not have thought would ever work but I was blown away by what I heard.

“Look Onward, Angel” is the piece which drew me in initially. The combination of the cello work, the beatboxing, the rapping and finally the operatic vocals was a mixture I had never heard together before. I was intrigued and immediately wanted to hear more. The cello starts things off with an almost horror movie-like quality before the song takes off. The dynamics between music, the rapping, and the soprano vocals plays of each other to such a stark contrast but somehow comes out all the more powerful because of it.

“You Can’t Go Home Again (feat. DEM ONE)” is an eerie track. There are some strange sounds playing behind scattered recordings which is all the backdrop for a spoken word poem. This song takes us deeper with a more abstract and visceral take on life. All of the “Rupture” tracks hold the news and speech recordings. There are certain phrases throughout which are repeated an uncomfortable number of times to drive the point home. The repetitive sentences really make one sit with what is being said and help stir up the rebellious thoughts which are needed to make things better. I don’t want to ruin the final track as it is heartbreaking. It takes everything presented and gives us a melancholic outro.

I can’t express enough how moving of an experience this was, at least for me. From the moment I hit play I was drawn in and hooked. This is more than just music, it is a piece of art – a modern-day movement. Transfigurations wouldn’t feel out of place in an art museum as the special exhibit. None of this is said to scare you away, far from it, what Cellista created is such a unique experience. This needs to be felt and heard by everyone. Not just for the music but also for the deep dive it takes into society. Whatever political or sociological beliefs you hold, just remember to be kind and listen to this album.