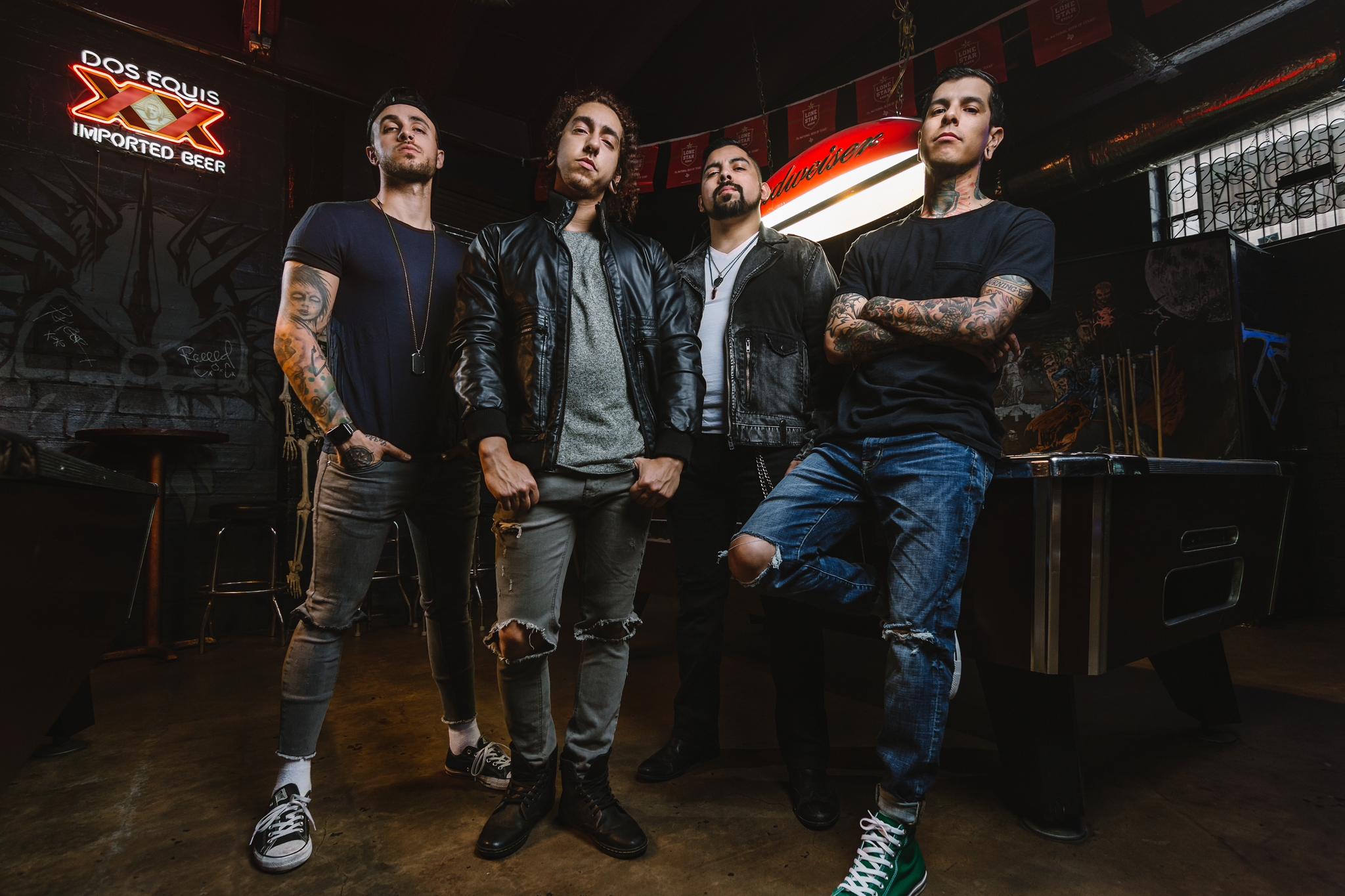 Upon a Burning Body – “Southern Hostility”

Aggro-rockers Upon a Burning Body return with their uneven fifth studio album Southern Hostility. It’s an energetic – and at times, underdeveloped – shift in style that will no doubt widen their appeal, while bringing back fans of their earlier output.

Since hearing their single “Intermission” back in 2012, I’ve maintained that Upon a Burning Body are an underrated band. Their muscular deathcore, nu-metal bounce, understated technicality, and cool transitions – coupled with a vocal performance that outshined the plethora of similar voices around the same period – prompted me to keep tabs on them. It wasn’t just their superior execution relative to their ‘core peers that made them stand out to me, but their role as quiet innovators.

This may seem like a strange statement to make about a band that, to casual observers, is just another run of the mill deathcore act. However, when you consider that their debut album The World is Ours spliced nu-metal with deathcore back in 2010 (the same year the more established Whitechapel first did the same with their Chino Moreno-featuring album A New Era of Corruption, and a whole year ahead of Suicide Silence’s similar genre mashup The Black Crown), a pattern begins to emerge. Their 2012 sophomore release, the excellent Red. White. Green, experimented with greater nu-metal dynamism – again, much like Whitechapel did more visibly with their own 2012 self-titled album, and a year before Bring Me the Horizon perfected the same with their acclaimed album Sempiternal. By the time their subsequent two releases came around – 2014’s The World is My Enemy Now, and 2016’s Straight from the Barrio – the nu-metal revival they helped create was in full, oversaturated swing.

Now they’re back on a new label with the release of their latest effort, their fifth album Southern Hostility. Immediately evoking their heritage with the album art and title, it feels carefully considered and deliberate. Describing the new direction of the album, guitarist Ruben Alvarez stated, ‘We simply felt it was time for a change. This new album is definitely a huge statement for us. It was time to reinvent ourselves and get back to our roots – pure heavy fucking metal! The energy of this album takes us back to our first two, but with much more maturity.’ It’s an apt description, one that the music wastes no time in confirming.

From the explosiveness of the opening one-minute title track through to track five “The Champ is Coming”, we’re treated to the realization of the band’s new mission statement. Largely discarding nu-metal bounce for a propulsive stomp, the riffs on these tracks utilize bluesy scales that dance around sharp groove riffs reminiscent of what you’d find on Machine Head’s Burn my Eyes. The sound is polished off with thrashy tones, wah solos, and gang chants and breakdowns carried over from their older material.  No track better encapsulates this mashup than “From Darkness”, with its aggressive stomp-to-double bass assault, deep-fried riffs n’ chugs, and southern crooning. The whole affair feels like a hardcore tribute to the altar of 90’s Pantera, Machine Head, and Metallica.

Things deviate somewhat from the track “Burn” onwards, with other elements and tempos slipping in. I found that much of the record’s second half didn’t hit the mark. Hostility is UABB‘s shortest effort yet at 30 minutes in length – so every second counts. Hardcore albums succeed all the time with even shorter run times. For instance, fellow Texans Kublai Khan with their excellent 2017 album Nomad. What made Nomad succeed where Hostility lags?

The difference comes down to structure and execution. Unlike Nomad, which was singular in its unabashed bouncy aggression, the stylistic deviations of Hostility’s second half kill momentum, resulting in a sense of underdevelopment. My favorite track – “Reinventing Hatred” – felt like the blueprint of a longer song that was rushed to completion. It would have only benefitted from having its ominous solo and plodding aggression significantly extended. Similarly, the tracks I enjoyed least – “Burn” and “Never Alone” – which both feature melo-death leads not to my taste, would have similarly benefitted from longer run times. Hostility would have been much stronger had the back half either been extended for greater depth, or discarded altogether and replaced with more songs that hit the sweet spot of southern groove worship and muscular hardcore.

Regardless of its issues, Hostility gets a lot right. UABB abandoned the sound they helped create in favor of something far less original but delivered it with more passion than they’ve had in a long time. It often succeeds in what it set out to accomplish, and when it does it well, it does it well. When the breakdown kicks in on first single “King of Diamonds”, with vocalist Danny Leal punctuating the dragging chugs with the ferocious roar of ‘let power reign,’ I had to hold back thumping my chest. While this may not be the best album they’ve written or even the best album they could have written, it was a smart play. They’ve pivoted into an area with potential for massive success and hopefully deeper growth on subsequent releases. The ingredients are there. It’s not a stretch to believe Hostility can be the platform they use to grow into something that’s not just well-written radio beat downs, but also something interesting that takes its time building up and slowing down in and around the assault. Will they, remains to be answered next time around.