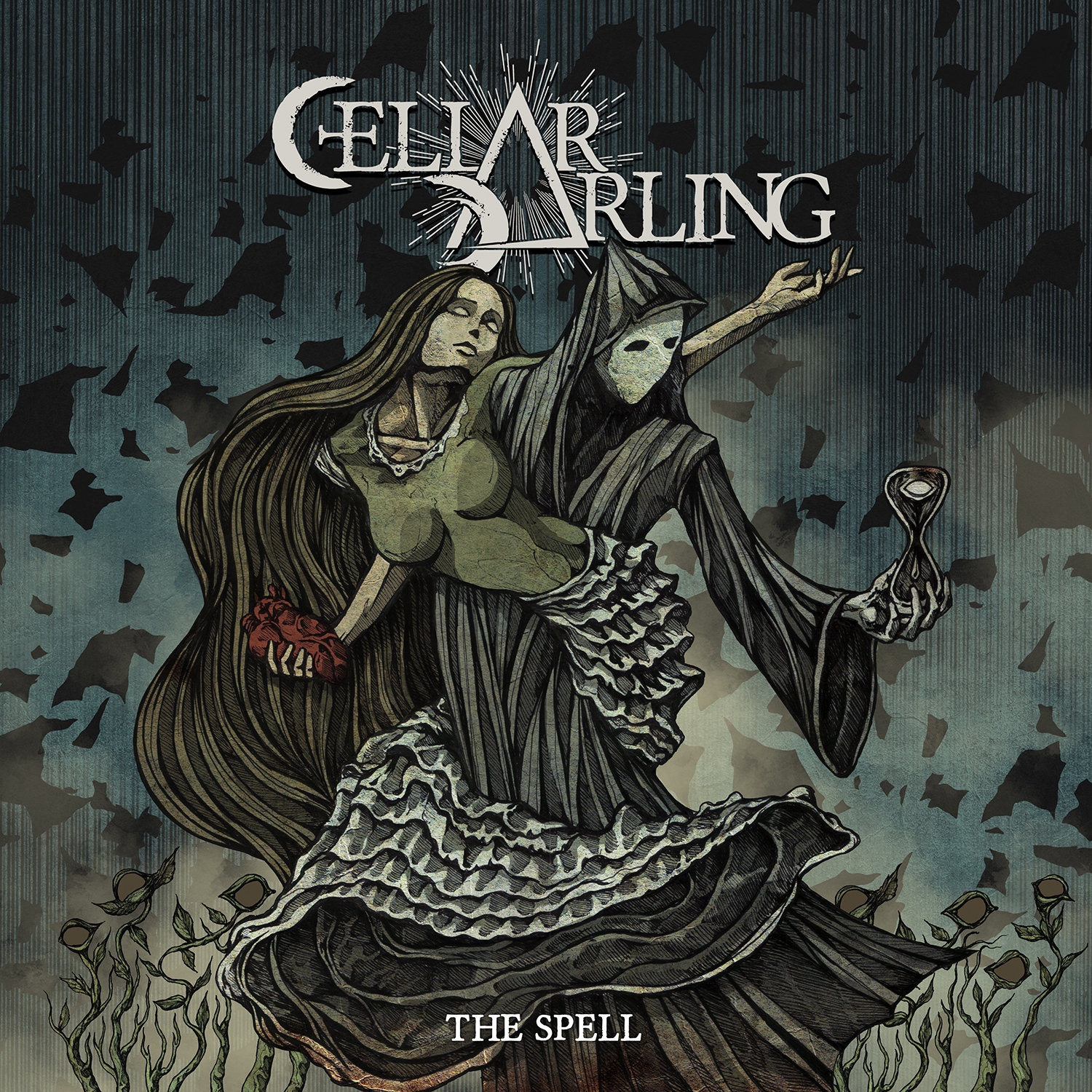 Cellar Darling is a Swiss progressive metal three-piece headed by Anne Murphy. They do not sound like Eluveitie, but one would be remiss in not reporting that Anne Murphy used to sing and play hurdy-gurdy in that band. Cellar Darling’s 2016 debut This Is the Sound did not show much promise, though it had its adherents among fans of her old band. The Spell, their second album, casts that all aside as a simply gorgeous work of soaring melodic progressive metal.

The Spell’s title track offers a ready example of this approach. Its melodies alternately haunt and soar. Its timbre moves between heaviness and lightness. The rhythm section is so strong in this song – and “Burn” immediately after it – that the times that it drops out of the arrangement stand out in a spectacular way. It is as if Cellar Darling harnessed Xanthochroid’s epic approach into a more song centered format. Their writing is on a level to make this work beautifully.

Sonically, Anne Murphy rests at the center of Cellar Darling without dominating. Her voice bears a striking similarity to that of Anneke Van Giersbergen (known for Vuur, The Gathering, and her many collaborations with Devin Townsend), albeit with much less vibrato. Her pure piercing tone, considerable vocal dexterity, and the tendency to use few overdubs makes comparisons difficult not to make.

Before anyone asks, yes, the hurdy-gurdy plays a big role on The Spell, but other than the occasional use of a flute and some Celtic melodies, that would be where the comparisons with Eluveitie end. Murphy’s playing puts her instrument into the role of a second lead alongside Ivo Henzi’s guitar-playing, much like a keyboard would in most other prog bands. This unique instrumentation and the ambitious conceptual and compositional scope of The Spell put Cellar Darling into the ‘prog’ slot more-so than virtuosic dynamics (one of our editors covered this duality of prog in two recent articles).

The Spell tells the story of an unnamed woman, born into a world of searing pain and beset on all sides by evil people. She achieves peace in the end by falling in love. Even though the object of her affections happens to be Death, the narrative leaves things ambiguously enough to make her ultimate fate seem unclear. If this sounds like a familiar tale, it should. Not for being an oft-recycled narrative cliché, but for having been deliberately written as an metaphor for life. Everybody goes through struggles that make them question the value of even existing. In a way there have been many songs and albums that have the same theme. The Spell stands apart from most of them by being committed to musical beauty at every step, and keeping the darkness in check when a fine melody, impressive arrangement, or aggressive instrumental turn would do better. One can see this in “Insomnia,” perhaps the album’s darkest moment.

Of all the albums I had the pleasure of reviewing so far in this first quarter of 2019, Cellar Darling stand alone as having made the one that consistently compels multiple listens. The Spell lives up to its name with its consistent magical effect. This might only be Cellar Darling’s second album, but it contrasts with a less remarkable debut. One can only hope The Spell will foreshadow even more great albums like it. Even if it does not, this album stands strong enough to be a worthy legacy for the band, and as one of the year’s strongest releases so far.