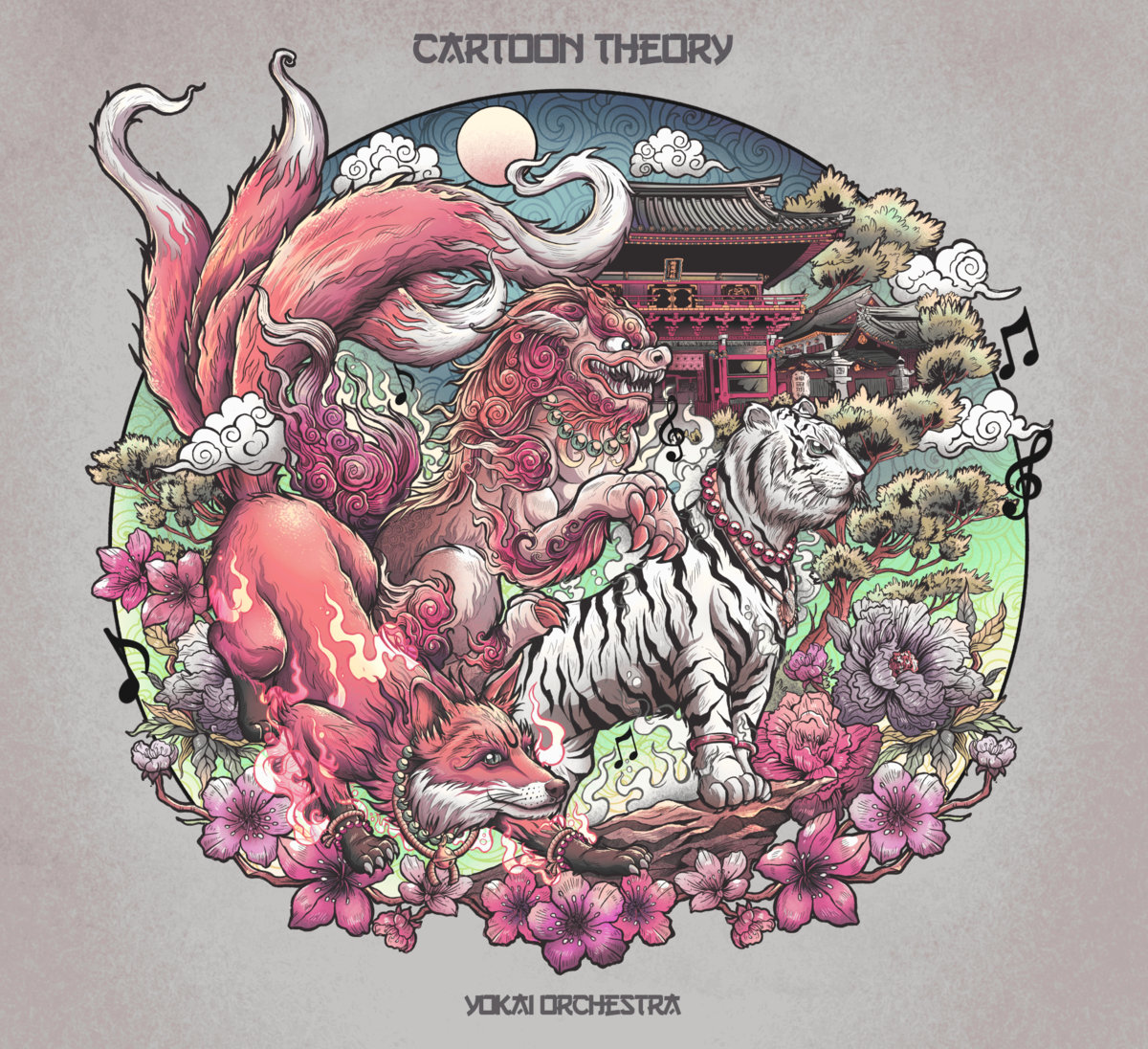 If chiptune infused ambi-djent with oriental influences is what you need, Yokai Orchestra is for you. If not, then try elsewhere.

Cartoon Theory is the brainchild of Maxime Lathière, a french multi-instrumental musician. The band serves as an outlet for a very bright, upbeat, mixture of instrumental progressive metal that is infused with a healthy dose of electronic and oriental influences. After two full-lengths and a split record (with Heptaedium), Yokai Orchestra further develops on the established sonic recipe, with more emphasis on electronics and a slight foray into chiptune territory.

Yokai Orchestra is comprised of seven tracks and clocks in at just a little over half an hour. While it is rather short, it comes of as an energetic and fun experience. The album opens up with an ample texture, slowly building up to the proggy mix we are acquainted with. The purely electronic intro makes use of some glitchy effects and some synth noodling to set up the mood for the incoming trip. “West White Tiger” jumps straight on the djent end of the equation with a classic instrumental prog beginning, focusing on the groovy component. The highly colorful trademark melodic lines follow up closely, melding into a solo that gives way for the rest to unfold.

“Kitsune” mellows things down with a more ambiental approach and a slightly more melancholic vibe, in spite of its characteristic bright sonic scheme. This contrasts well with all of the aforementioned and works just as well as a bridge which leads us into the next song. “Shīsā” is the longest track of the lot, bursting right from the start with a chiptune flourish which accompanies the track under varying forms. The highly energetic delivery of the track remains constant, only giving way to a spacey synth outro right near the end. Up next, “Wilderness” acts for all intents and purposes as an interlude, offering some dynamic for the overall flow of the album. “Gaia” reprises more or less the high energy of “Shīsā” with greater emphasis on the metal side of things, retaining a rather similar structure. The record ends on basically the same tone as on which it began, with some synths and electronic noodling, coming full circle so to say.

While there seems to be a lot going on, the record doesn’t exactly manage to come off memorable in any particular way. The buoyant atmosphere isn’t enough to hold everything together and give it the traits that make an album truly a solid piece of work. Surely the whole affair is a fun listen nevertheless, with great production value and rich instrumentation, but it falls short on the compositional side of things. One would have expected that with a solidified musical identity, there would be some strides made from that point of view.

Cartoon Theory is a fun project, no doubt, but that isn’t always enough in order to stand out – unless of course, fun is the sole purpose. Yokai Orchestra isn’t much more than flourishes and a lot of flashy outbursts. It can make for a good listen if your mood requires this particular sound food, but it won’t be one of those albums that stays for long in a playlist or is remembered effortlessly. Nevertheless, I for one look forward to see where this project goes, as it is still a fresh one.