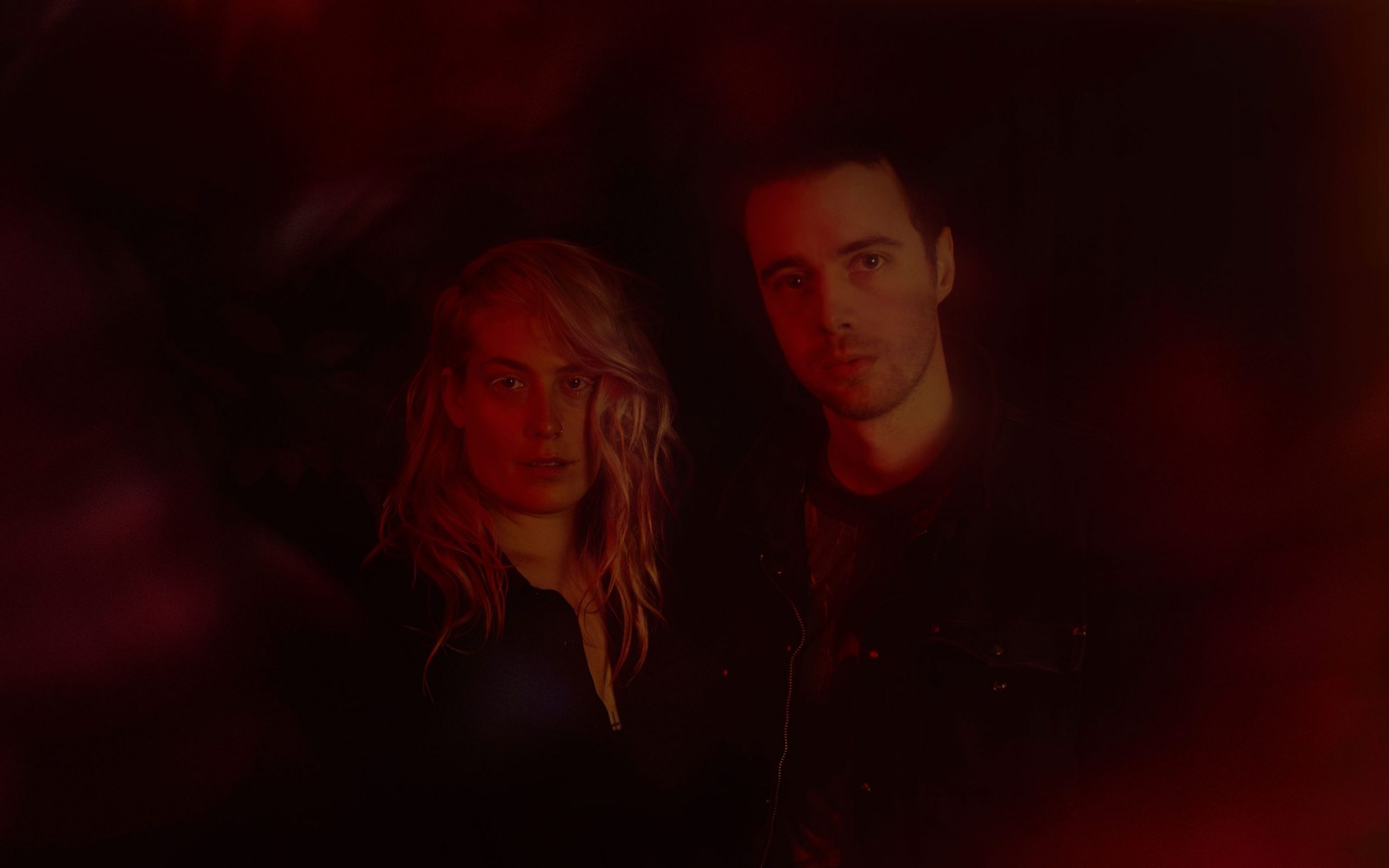 Boy Harsher slither back into the neon light with dangerous ache.

Designated as an original soundtrack, The Runner OST opens with a warning in “Tower” that can also serve as an prologue. As Augustus Muller’s synth meanders and simmers, Jae Matthews breathlessly whisper-sings: ‘Don’t you say my name’.   It’s all subtle with hints and shimmers of sensuality, provocation, lack of safety, and intrigue. As the synths ratchet closer to chaos, Jae begins to ask: ‘And are you honest? And are you free? And do you trust?‘ Then, the tumult goes full tilt, the synths begin to glare, and chaos ensues as Jae summons perfectly timed Alice Glass style aggression. It all sets the perfect stage for the minimalist dark-bright luminescence Boy Harsher is well-known for.

Written, produced, directed, and edited by Boy Harsher, the film element of The Runner plays out a simple ’80s-tinged narrative of a mysterious woman on the run from a never fully known danger, while she balances instinctual unchecked primordial urges with a naive puppy like imitation naïveté. Played by the very aptly casted Kris Esfandiari of King Woman (who released one of my top albums of ‘21), the story is simple, mysterious, gruesome, and overall a stellar mixed-media presentation that designates Boy Harsher as masters of their craft. I’m keeping my synopsis of the film incredibly vague for obvious spoiler reasons, but also as an encouragement, to pique interest in viewing the film.

With the album as only half of the overall product, it develops a filler-free atmosphere. There are instrumental interludes amongst the track offerings, and while as a stand-alone album, these instrumental pieces would be reliant upon the listener to use their imagination to fill in the blanks (narratively speaking), they fit perfectly when used in their intended fashion within the film.

Jae’s curious but dangerous yet sensual breathless vocals exude control throughout the entire album. I can’t really put it into words, but once “Give Me A Reason” (easily my favorite track) starts everything just clicks. The synths are danceable, but the fear enshrouds it. Jae nearly mumbles ‘When you come, will you call my name? Give me a reason to wonder why…‘ before she dives into the chorus. With mystery and the unknown as a structural pillar, Jae and Gus exude full creative control with perfect timing. Anyone that are fans of Boy Harsher should enjoy each side of this project, but I wouldn’t be surprised if they won new fans from this project, as it should. Boy Harsher is sincerely firing on all cylinders, piecing together everything that worked from their previous albums to evolve into a more dynamic artistic expression.

The two guest spots on the album represent a lighter, lesser seen side of Boy Harsher, and provide a positive safe balance to the rest of the atmosphere.  “Autonomy” (another favorite I can’t seem to get enough of) injects a danceable sincerity. Jae and Gus give Cooper B. Handy the spotlight to carry most of the weight as the synths bounce and pierce as Jae’s back up vocals creep around the periphery. “Machina” shares a similar structure, with Mariana Saldana taking the lead. It’s another up-beat, danceable track that gives an additional layer. The overall vibe of the track is very new wave, which fits into the dark narrative structure of the film for a more light-hearted moment. Both tracks excel overall, and really have me hoping/wishing/asking for Boy Harsher to develop an entire album out of various guest features, since they work so well with collaborators.

I also wouldn’t be me without gushing over Kris Esfandiari’s presentation. She continues on her winning streak of turning everything she touches into gold. When I was reading about this project with the various updates Boy Harsher provided, I was curious if she was lending her vocals to any part of the project, but had also read that she was exploring acting. Kris is nowhere on the music side of the project; however, that doesn’t matter since she plays the main character so well. The film’s ’80s horror arthouse aesthetic blends with the silent (or silent enough) film approach that gives Kris enough scene to exhibit her carefully curated theatric approach to the narrative. Her exhibition of sultry violence, sensuality, fear, and confusion play out sharply, and bonds nicely with Jae’s lyrics.

If it’s not clear from this incredibly biased review you just read, this one is going to be high up on my top list for this year. I know it’s only January, and yes, I do realize I already gushed over Boy Harsher when I wrote about the time we saw them live last year, but I just can’t get over this band. It’s been such an organic development for me with this duo, and I can’t seem to find anything to dislike about their output, especially when they add their newfound film making ability to the mix.

Boy Harsher are at the forefront of what I hope is a trend with other artists and musicians. In an era with creative technology easily available, this project is reminiscent of the equally affirming and gorgeous presentation Bo Burnham provided us with Inside. This approach gives so much more definition, world building, texture, and richness. I hope others take notice, and approach mixed-media with the fearlessness they have. Denzel Curry seems to be (hopefully) hinting at it, and if done right the payoff could be immense for their fans and for the evolution of recording artists in general.

“The Runner” can be streamed on Shudder.