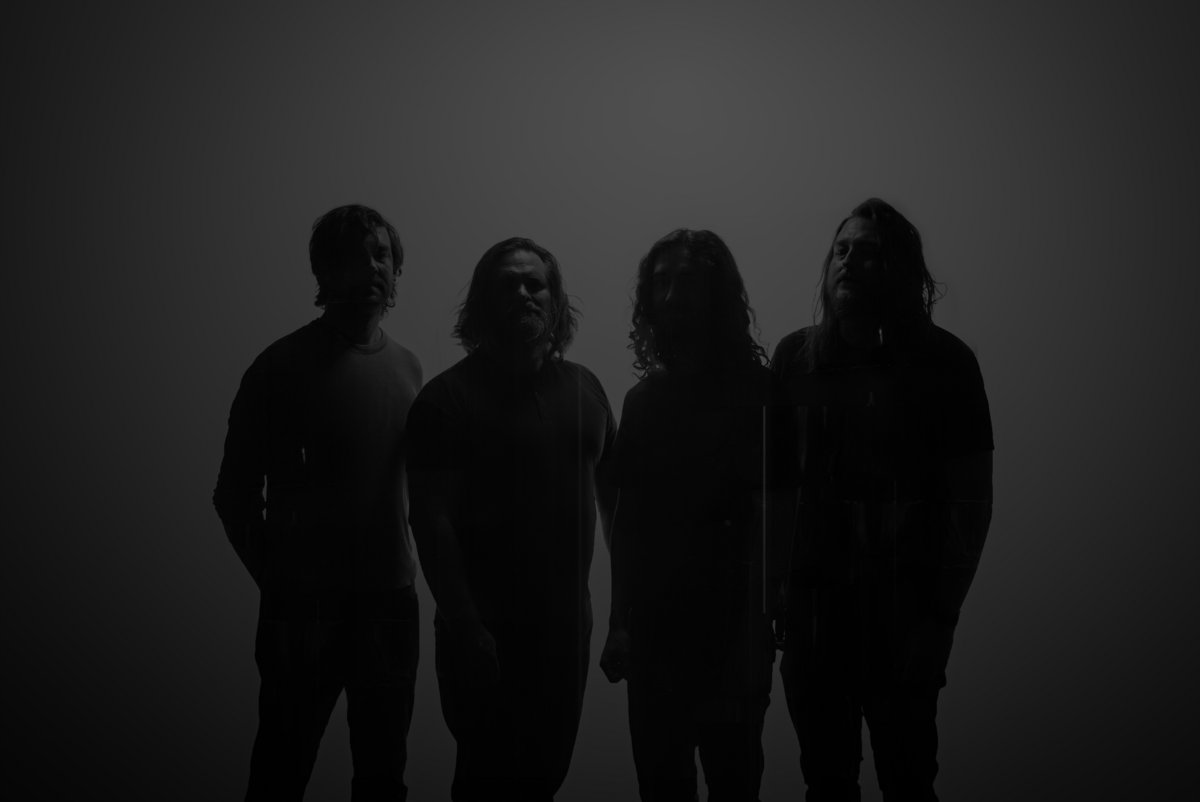 BLACKSHAPE emerge with a mesmerizing self-titled debut. Tune in for one of the greatest albums of this year thus far.

Do you ever just start listening to something with absolutely no expectations and end up being utterly hypnotized? Well, that’s basically the gist of what I went through while exploring BLACKSHAPE for the first time. I literally forgot about myself as the album played on and I felt as if I united with the stream of sound. To me, that’s one of the rarest kind of occurrences, at least as far as music is concerned. I immediately wanted to know more about the people behind this project, but they remain shrouded mostly in mystery, much like their sound. All that I managed to gather is that BLACKSHAPE are a four-piece from Salt Lake City, Utah, USA.

That being said, let’s dive in, shall we? I already listened to the record like ten times up to the point where I’m writing this (it’s still playing) and somehow it feels like there are still new qualities emerging at every repeat cycle. I particularly say ‘cycle’, as the record was built in such a way that the ending ties perfectly with the beginning and it creates a seamless loop. This circular character isn’t only forced through such a benign process — the structural properties of the album also enable this particularity further.

I’m especially impressed with the stylistic choice of the tunes. We’re looking at what is described on the band’s Bandcamp page as ‘instrumental post-mathcore‘. Personally, I’d argue that it’s a rather amorphous mix between post-rock, math rock, and hardcore, as it doesn’t go so far into the aggression typically encountered in mathcore, but it does retain all the complexities at a compositional level which are characteristic of math rock, while also keeping it all wound in the textural developments and embellishments which are ubiquitous in post-rock. My point, actually, is that it’s impressive how tightly knit this specific blend is and how authentic it is all around. It leaves nothing to chance while it anchors into well-established and worn rudiments, and it wrings fresh and scintillating force from them with a resounding success.

Another thing that is especially nice is the overall stream-of-consciousness type of flow. This ties in neatly with the circular character mentioned above and it also begs the question as to why it even bothers segmenting the record into individual songs. I fail to see how such a smooth and fluid trip would require any of that, but it’s hardly something worth criticizing. I’m obviously nitpicking. Something that still evades me is how the record manages to not do anything remotely impactful or stand out in an individual moment, yet it keeps an extremely high engagement factor throughout. I would assume it has something to do with how the musical sequences build on top of another as the sonic narrative progresses.

In terms of writing, we notice a very finely tuned balance. Atmospheres are nicely crafted, depending on the amount of interplaying layers at any given moment, without any hassle. Groovy riffs are neatly offset by harmonizing dissonances and vice versa, while also making plenty of room for a wide array of phrasings to do their thing. The rhythmic and melodic components of the record do not shine through some ostentatious delivery in an attempt to buy style over substance — quite the contrary, they tastefully round up their strengths and compound in order to create a solid foundation on top of which all the charm of the tune can flourish with ease.

I think that the most surprising aspect for me was “ITIIITIATIIHYLIHYL”. I just didn’t expect any vocals and I’m sorry for potentially spoiling this, but it was too great of a moment to not at least mention it. It’s not just that we get a very brief vocal performance on an otherwise instrumental record, but it is also an emotionally packed one, without which I can’t imagine where the album’s denouement would’ve landed, or how for that matter. Although, I’m rather certain that the band would’ve found a creative way of doing it. Emotionally, BLACKSHAPE gracefully dances between a certain kind of aggression, a surreal type of mysticism, an unspoken sentiment of glory, and some form of inner darkness — at least, that’s how I registered the impact.

BLACKSHAPE have created a work of staggering beauty which bears nigh-masterpiece levels of consistency. While I’m certain that such a megalithic opus isn’t everyone’s cup of tea, some of you out there will definitely be as enthralled by it as I was. There are few records, that I can think of, which deliver their contents with such conviction and clarity while keeping it all as such a compelling experience. BLACKSHAPE is, simply put, one of the best albums I’ve heard this year so far, and ever, to be perfectly honest.