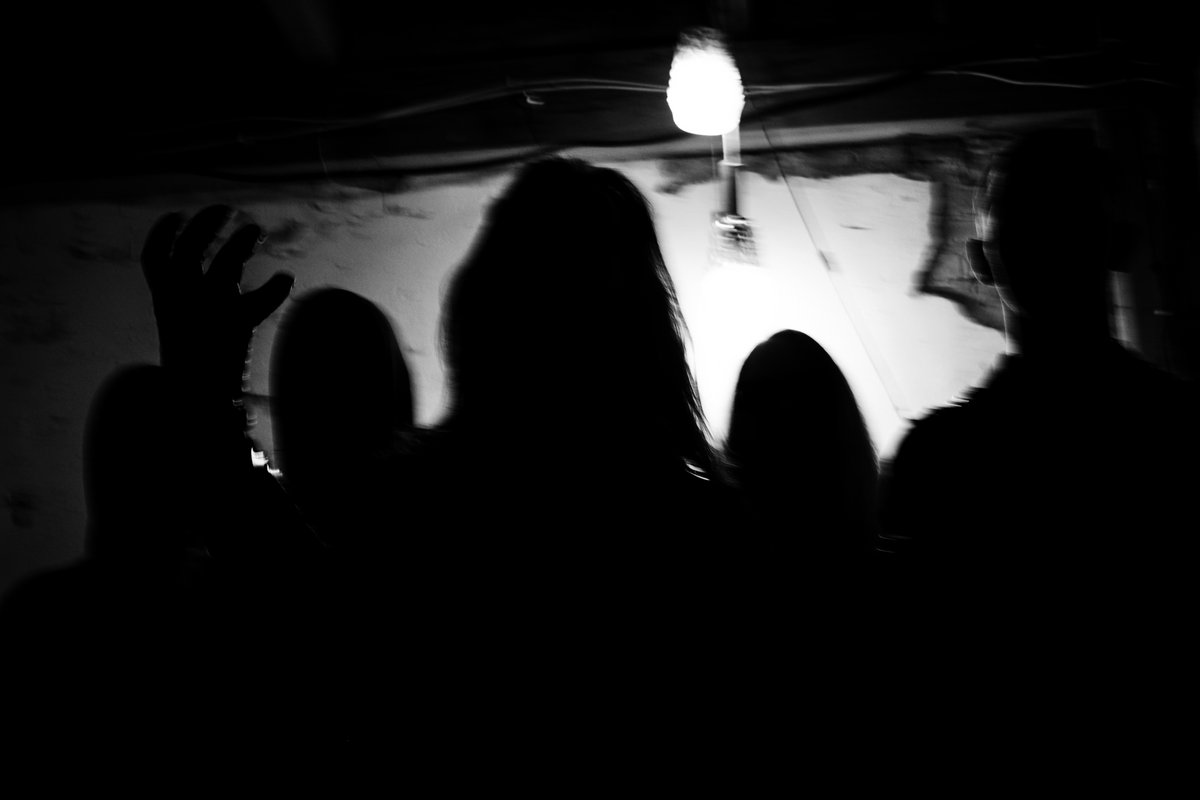 Montreal’s Spectral Wound return in triumphant fashion with their second studio album A Diabolical Thirst, displaying fierce and grand intensity that establishes itself as another fine addition to Quebec’s interesting and diverse black metal scene.

Following on from Spectral Wound’s 2018 release Infernal Decadence, A Diabolical Thirst sees the Montreal collective continuing to push boundaries with their turbulent and aggressive rendition of black metal. Hailing from Quebec’s rich and expansive black metal scene, which hosts an impressive list of talented artists, this album contributes a great deal of raw complexity and high-stakes momentum to an ever-growing underground scene, deservedly earning its place amongst the very best.

From the opening track, “Imperial Saison Noire”, this album promises high energy and pure sonic ferocity through massive blast beats and piercing vocals which crawl under your skin like the icy cold air of the French-Canadian wilderness. The melodic layering of tremolo guitar then adds to this intensity evoking an atmosphere of epic and grand mysticism. The utility of punishing tempos and intense rhythmic pace is common as the record continues, the occasional acoustic and folk-inspired elements begin to creep in on “Frigid and Spellbound” whilst the vocals maintain a terrifyingly mystique quality throughout. It becomes clear that band aim to convey a great deal of emphasis on creating a bleak and haunting atmosphere from start to finish on this album.

The way in which various instrumental passages flow together construct immense depth to the already rich atmosphere particularly on the album’s third track “Soul Destroying Black Debauchery” where the sonic build-up of tremolo picking, monstrous double-pedals, and eerie shrieks evoke a sensation of bold and epic proportion. The marching rhythms of “Mausoleul Drift” further highlight the grand intensity of the drums monumental pace whilst the guitars exhibit swift melodic, microtonal passages which resemble a mysterious, icy realm. The sheer rawness and consistent high-paced energy seem to be more and more distinguished as the album continues, it begins to personify the vision of one’s journey for survival as they wander through the bleak and bitterness of French-Canada’s wilderness.

It can further be realised, throughout this album’s runtime, how the band are able to effectively draw an appreciation of black metal’s Scandinavian and Norwegian roots through intense riff structures that capture the freezing, idyllic landscapes of the Nordic mountains. The opening to the album’s fifth track “Fair Lucifer, Sad Relic” approaches with such immerse force to that of Marduk’s Heaven Shall Burn… When We are Gathered and a mystical embodiment perhaps similar to Satryicon’s Nemesis Divina. The final track “Diabolic Immanence” again incorporates these traditional black metal elements and execute them with a fresh, new approach with powerful grooves that actually have a surprisingly catchy feel to them.

To criticise the band for leaning more towards this traditional aspect of black metal would possibly be too unfair of a judgement considering how well the band are able to emulate such aesthetics and expand on them in a triumphant and assertive manner. That being said, A Diabolical Thirst demonstrates Spectral Wound’s ability to resemble the mystical and spiritualistic quality of black metal that many would already be familiar with. However, to implement these elements in such epic fashion shows great promise not only for the future of the band but also for the future of Quebec’s ambitious black metal scene.