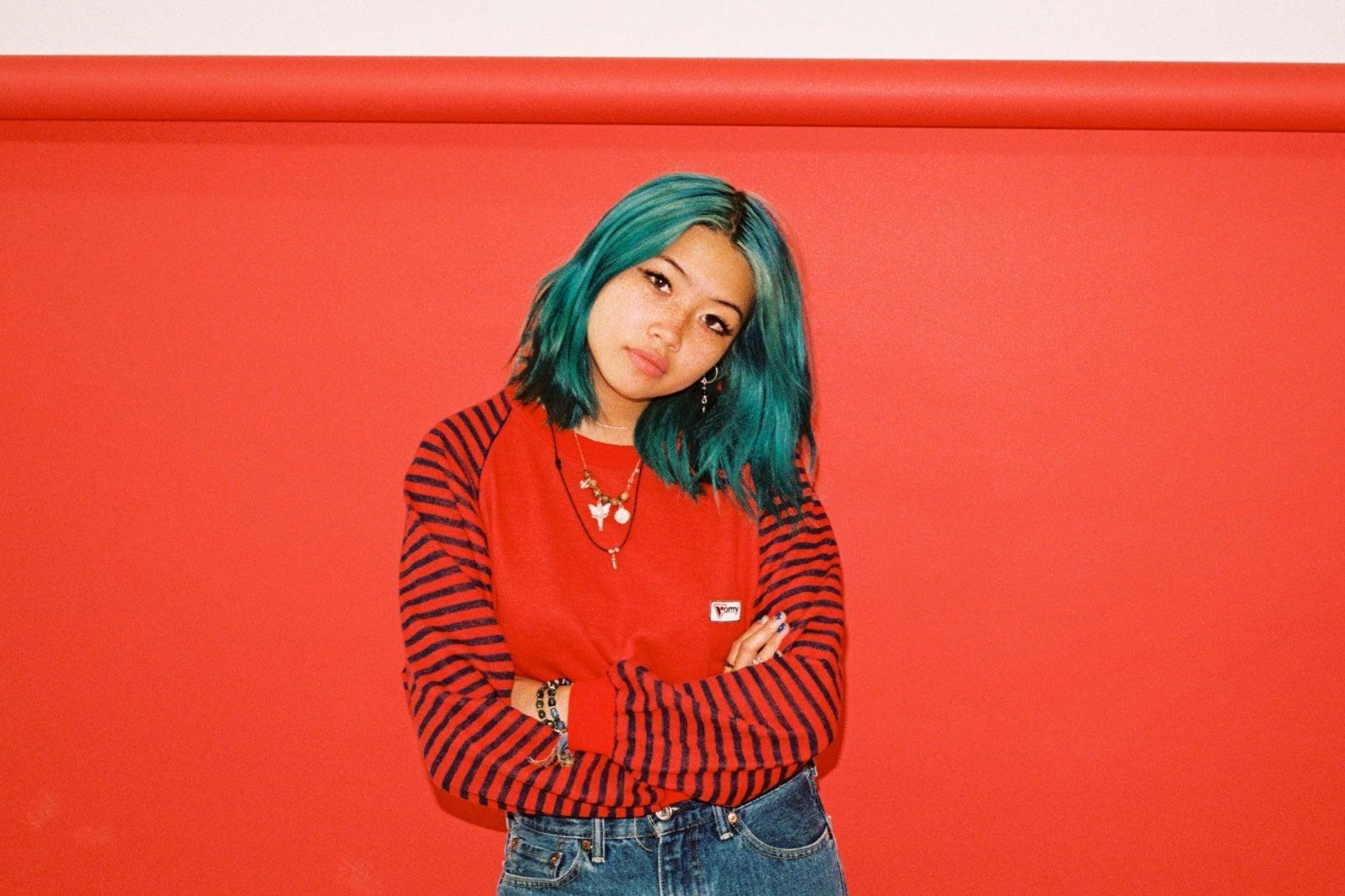 By David RodriguezJuly 9, 2021 No Comments

On Our Extended Play, beabadoobee gets a little help from her friends to further expand the band’s already bustling repertoire of tasty, lived pop rock.

So soon after blessing us with Fake It Flowers, beabadoobee satiates fans with a lovely little EP called, of course, Our Extended Play. ‘Our‘, huh? I do feel a slight kinship with it, so that’s fine by me. It’s actually called that because this time, we also get Matt Healy and George Daniel of The 1975 (also labelmates) in more of a writing/collaborative role than before. The British indie/bedroom pop rock group fronted by singer/songwriter Beatrice Laus is a masterful endeavor that seems to get better and better with every release and this not even 13-minute EP is more proof of that.

Fake It Flowers, according to me, had the spirit of a warm autumn day throughout its runtime. Coming out in October of last year, that makes perfect sense. It tracks that this EP sounds a bit sunnier and fun to match the season and, yeah, you do kind of get that, but you can still feel that cooler attitude here.

“Last Day on Earth” was a great song to lead with in this regard as it’s one about making the most of your time, though probably not in a wholesome, marketable, Oscar bait film way:

Was the church Catholic and on indigenous ground in Canada? If so, hell yeah. That’s kind of where the dark hyperbole ends and a reality sets in seeing as the real-life analog in this song is the pandemic locking down everything and how that surely felt like the last day on earth to some. It’s filled with that delightful ’90s rock haze that beabadoobee‘s come to be known for. There’s a catchy scat chorus, arpeggiated guitar riffs hung in the back, and it all feels like a fever dream. Classic beabadoobee, but still a new twist on the formula as far as lyrics go.

“Cologne” is a bit more meaty, which is nice since it’s a sexy song. Need some meat for that, right? Drums are more fleshed out, guitars are more dense, and there’s just an air of seduction to it all. ‘Am I seductive?‘ Quite, Bea. Her breathy vocals really sell the mood, but things never get too comfortable and that’s kind of by design as she went into in an interview with i-D.

‘I think it’s almost about how I find the whole sexual thing kind of awkward, like talking about it. Especially having my whole life in my music. It’s definitely a part of my life that I didn’t expect to be talking about but when I wrote it, it just kind of happened. And it’s not necessarily wanting sex in a good way — more wanting sex because it makes me feel better about myself, rather than wanting to do it because it’s an act of love. Instead, thinking that it would make me feel pretty or just… it’s really fucked up. I think writing that song made me realise a lot of stuff.‘

You can hear the reluctance in the line ‘I hate what this song is about‘ as if realizing that awkwardness and what sex really means to her mid-sentence. It definitely stains the song in a way that makes you feel like you shouldn’t enjoy it as much as you do, which is something I’ve never really felt with a song about sex before. Still, it’s hard not to feel a little something when she sings ‘Please kiss my neck/Let’s go for another round‘, and the video for the song is wild as fuck, turning the song into a more femme fatale interpretation if nothing else.

“Animal Noises” paints a somber picture of the loss of innocence and missing the simpler times of childhood, like when you could just play around making animal noises, do other silly things, and make mistakes without much recourse. Being an adult replaces the comfort we feel to do pretty much anything that enters our heads as kids with shame or insecurity and that’s something the song really hits on, keenly felt with its acoustic alignment and heartfelt lyrics. “He Gets Me So High” is a cryptic personification of… something, possibly drugs, though that’s probably a little too on the nose. It’s got a great melody and some vocals sung by guitarist Jacob Bugden that add some neat dynamics to everything.

EPs are often just fodder between fuller meals of LPs, but the allure of beabadoobee is that whatever you get is going to feel genuine, thoughtful, and warm. Not only that, but, at least with this EP, you get four distinct flavors of music that really fill out an already impressive abundance of work from previous projects. Everything is the same, everything is different, if you will. Fans that want her signature sound will find themselves right at home here, but others that crave progression will find it also, and that’s a hard line to walk.

beabadoobee and pals continue to move forward with Our Extended Play. It’s so charming and infectious that it’s going to be a long while before it’s only in our memories, and by then, at this rate, I’m sure they’ll be dropping some new hot shit to reinvigorate themselves as well as us as fans anyway. Until then, these four songs are plenty capable of storing some heavy mileage on them, each one driving just a bit different than the last and providing something unique and honest. This is the music you wanna put on while you stare out a car window during a long trip and just go numb to, drinking it all in just as it was poured out. Start planning that trip, and make sure you volunteer someone else to drive so you can enjoy the ride.