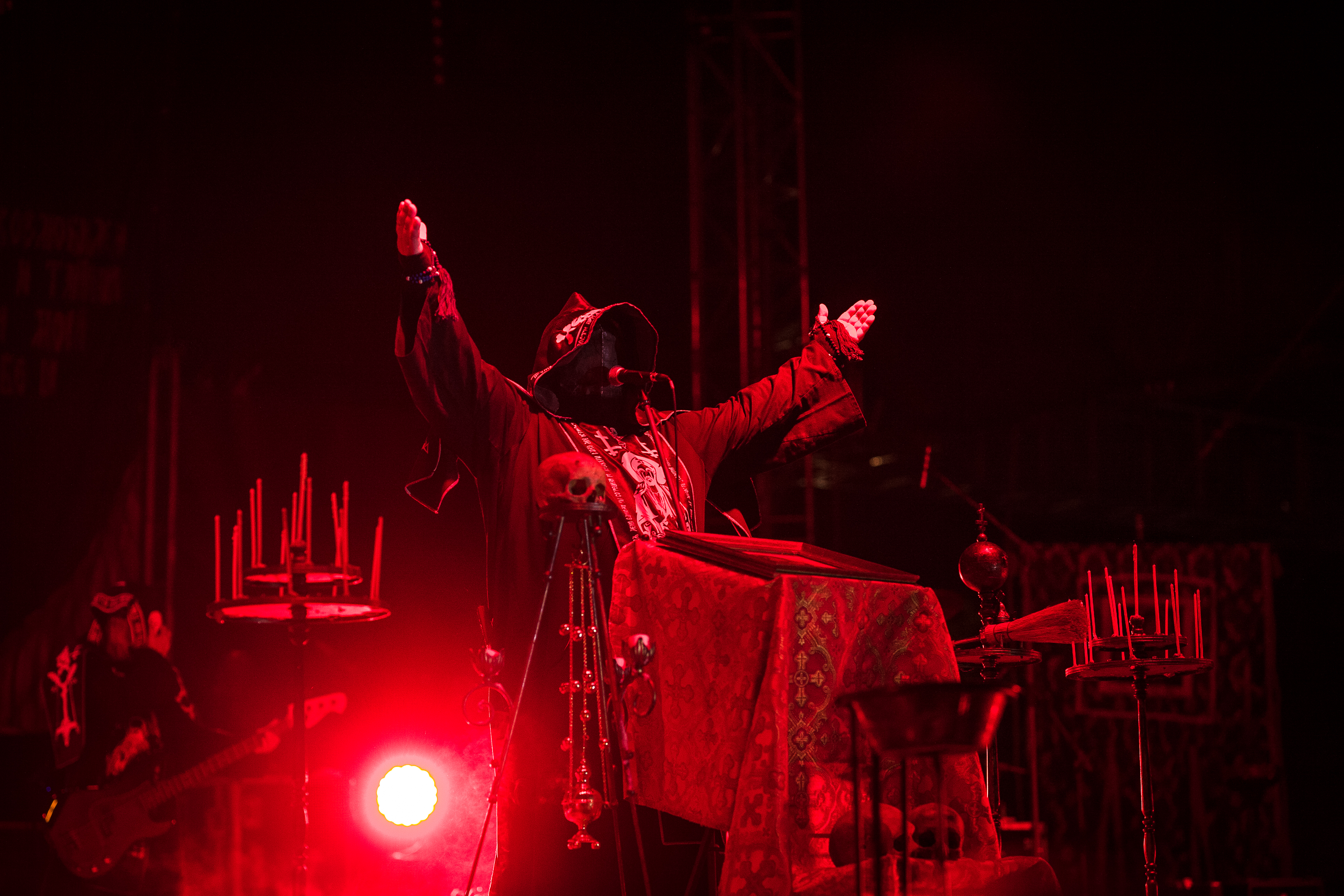 Panihida doesn’t disappoint as the successor to Litourgiya. It doesn’t raise the bar either, sadly enough.

Batushka slowly crept into the collective consciousness some four years ago with the release of their debut album Litourgiya and the subsequent tours that promoted the fresh material. They combined black metal with a strongly Orthodox Church influenced imagery which also transpired in the music under the form of ethereal Gregorian chants. Needless to say Litourgiya was very well received overall, something that only raised excitement regarding its follow-up. Unfortunately, as of recently, the act has been going through internal turmoil which ultimately led to the splitting of the band into two distinct bands with the same name. Today I will elaborate on Panihida, which is the new album of Krzysztof Drabikowski’s Batushka.

All the trademark elements that people loved on Litourgiya are still present on Panihida, even the ominous song titles. Even so, there isn’t really any improvement when drawing the comparison. Actually, I would say Panihida falls short in some aspects to such an extent that it pulls down the overall quality of the album. The chants are still there, which is in my opinion, most of the charm of the band. They are however rather sparse even though they occupy spots on each song. Songwriting feels somewhat more diverse than before, I will delve into this aspect below. The production value doesn’t exactly live up to the bar that was set either. It is much harsher, with the chants much more buried in the mix than before. The harsh vocals also feel somewhat buried on certain segments as well, and I’m not sure what to make of this honestly since it doesn’t create an effect I’m on board with. The instrument tones, however, do feel like they sound somewhat more articulated, but the bass is rather murky and not as poignant.

The album begins on a more laid back tone than what we were accustomed to. The package feels rather similar but at a much more reduced tempo. The song titles are simply the Russian word for ‘song’ each followed by the number of the track. So, “Песнь 1” is a decent opener, with not much else to add really. “Песнь 2”, which is the longest track on the album, breaks away at a roughly mid time from the usual recipe to ebb around a drone-ish ambient section to a not so great overall effect frankly. The next track opens on this drone-ish note only to follow suit with more of the same black metal as before, albeit with more tempo variations. From “Песнь 4” all the way to the end literally all we get are more variations on the same theme. There is no discernible transition from one track to another and they are very easily interchangeable. Not to say that Litourgiya had the most memorable songs but they were quite more memorable than the ones we have here.

Panihida is pretty far from offering the same impact as its predecessor. By itself, making abstraction of everything, it’s more than a decent release. However, it can be difficult to make such abstractions with previous work as a benchmark. Panihida being created by the Batushka member that is most versed in production and musical execution led me to believe it will be at least as good as the debut. In spite of these drawbacks, I’m quite certain there will be people who will get some genuine kicks out of this record. Hell, even I did briefly.