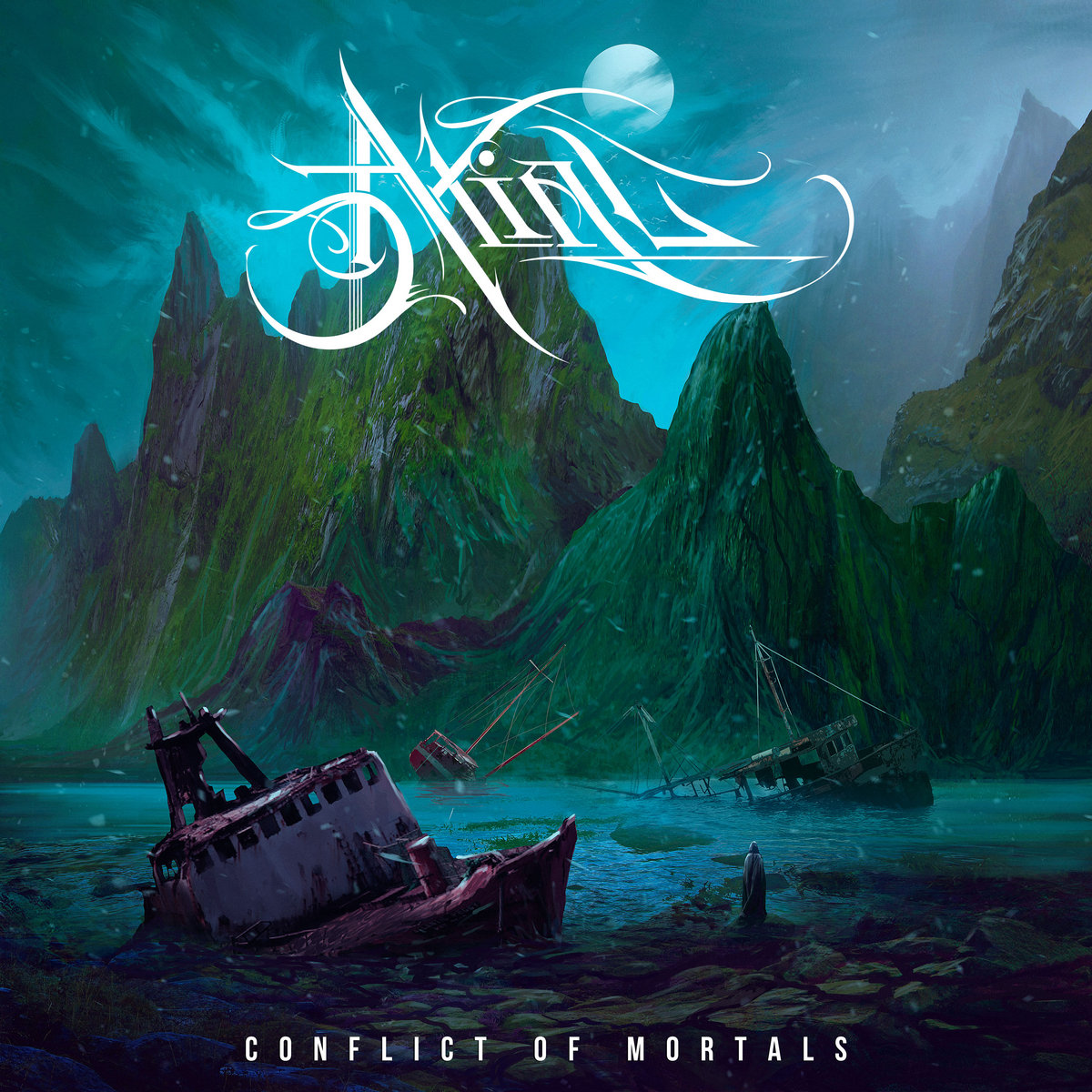 By Robert MiklosJune 8, 2021 No Comments

You like technically inclined instrumental progressive death metal? In that case, Conflict of Mortals by Axial is the promising debut for you!

I’m always on the lookout for instrumental bands. Sometimes you just want to escape the potential mire and excessive flash of a vocal delivery, you know? Instrumental bands in general are difficult to come by, especially ones that understand that the space left by the absence of a voice doesn’t always need to be filled, but also ones that understand how to aptly fill said space when the situation calls for it. Now just imagine my complete and utter pleasure when I ran into Axial – they check out on every front.

A powerful duo, Axial is made up of Joel Guernsey, who plays guitars, and Aaron Harmon behind the drum kit. As you already know from above, the band plays instrumental death metal. Now, there are some extra features to that, so don’t think it’s that simple. There are lots of technical, progressive, and symphonic-leaning elements thrown in the mix. They are scattered quite nicely and embedded all around – surprisingly well, even. I feel like “Reptilian Vortex” best illustrates this balance. There’s plenty of weight being punched our way with the metal backbone, while the symphonic elements extend the atmosphere into epic territories. The proggy edges make for great variety, and they are nicely intertwined with the technical delivery.

The songs are surprisingly easy to distinguish once you listened to the record a few times, which is not what I expected during my first spin. There’s enough reiteration to keep a fair amount of consistency going on, but not to a degree where everything becomes monotonous. I assume it also helps that it’s a fairly short trip – the record is a mere twenty-two-and-a-half minutes long. It’s also a tightly wound album with practically no filler moments or parts that may feel even remotely redundant. Conflict of Mortals delivers its contents with a pretty clear mindset and without hesitation, which in turn makes it feel rather straightforward, in spite of the fact that there are quite some intricacies being presented.

I feel like the general demeanor of the album takes hard cues from the likes of Fleshgod Apocalypse, SepticFlesh, and especially Ophidius. Far from being a copy, or derivative within this stylistic area, the band still has plenty left to refine until they can stand on their own as something outstanding. On the bright side, as far as I’m concerned, there’s plenty of promise and potential to work with, so hopefully we can expect the next Axial release to further feed this line of thought.

While I’m not particularly enamored with the overall tones, sounds, and production, I feel like they get the job done as their timbral qualities aren’t too distracting as to plunge me out of wherever the song took me. It’s obvious that while far from perfect, there were consistent efforts made to flesh out the record as it is. I do have to point out that the orchestral/symphonic VSTs used can sometimes be a little on the nose in terms of authenticity, which is probably the area that lacks most when viewing the record as a whole.

Don’t get me wrong – this album is a lot of fun, and it scratches a very particular itch few bands bother scratching anymore, so there’s much to be thankful for. However, I’d be remiss if I didn’t point out all the ways this can be a better version of itself. I think that the biggest plus of the record is the vibe it’s going for. It doesn’t really strive for that epic, over the top symphonic metal thing, nor does it go for the utterly dramatic and apocalyptic kind of affair. Instead, it seems to aim for something occult, or maybe even surreal? It’s not quite obvious what the mood is there, but it’s certainly something that transcends the normal and veers into the supranatural.

Axial show us a good deal of promise with their debut, as Conflict of Mortality excels through brevity and density, confirming that strong essences are packed in small receptacles. If you like your metal to lack voices, but maintain the same amount of immersive depth, tune right in – you won’t regret it one bit.