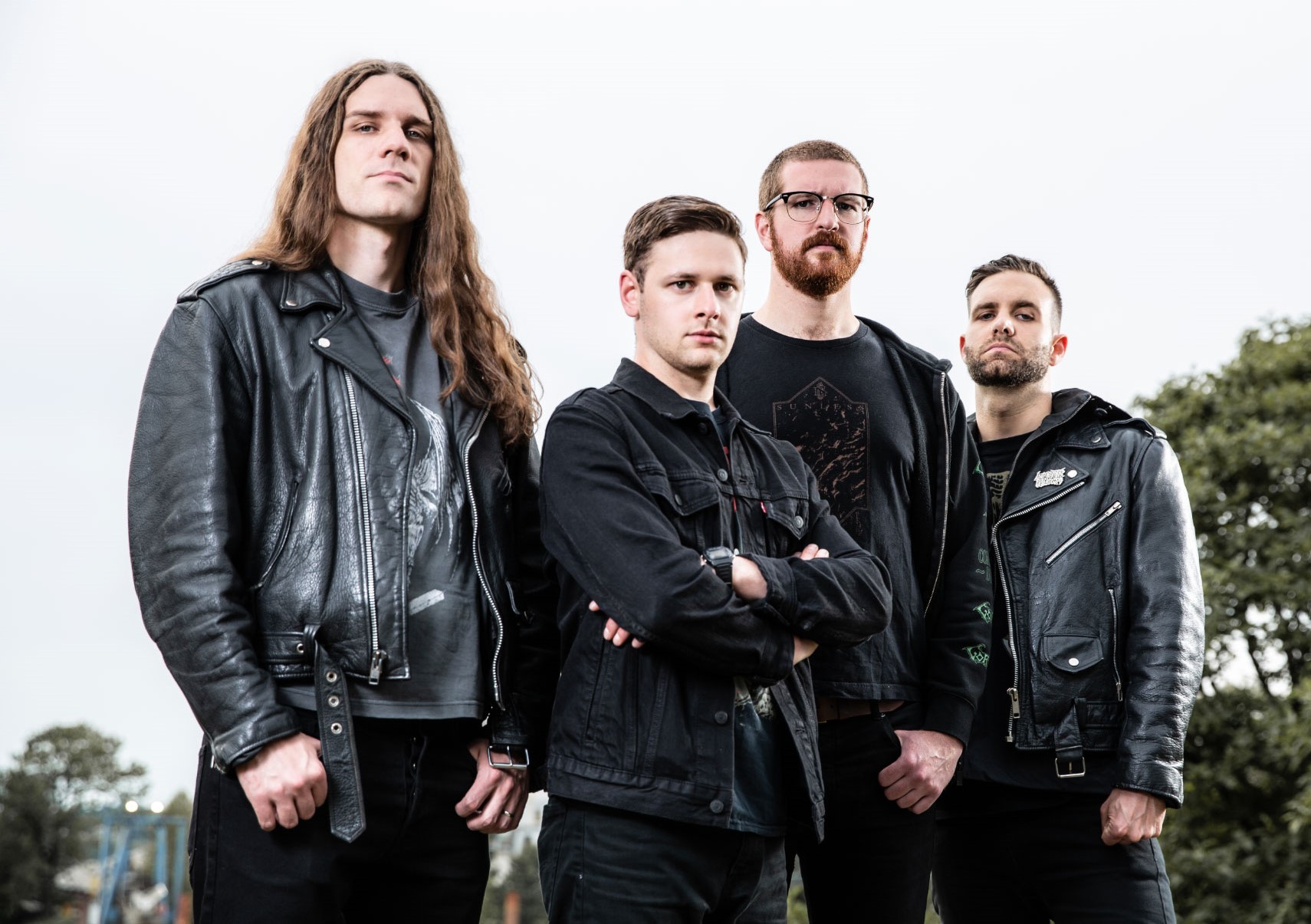 Atræ Bilis pack quite the punch, as they deliver the perfect mix of different death metal styles on their crushing debut Divinihility.

Everyone reading this, please fasten your seatbelts – we are bracing for impact with Atræ Bilis in 3, 2, 1!

You will be thankful for that warning once you hit play on these newcomers’ debut album Divinihility. The Canadian quartet successfully merges multiple styles of death metal into short, powerful songs that can knock the unprepared listener off their feet.

Bringing in influences of technical death metal bands both old (Demilich) and new (Tomb Mold), they mix them with brutal death metal sound of the likes of Suffocation and classic old-school death metal in the veins of Morbid Angel. That’s a lot of quality death metal (influences) right there! Atræ Bilis manage to combine these sounds with mastery on Divinihility, resulting in an album that does not come off sounding the most original, but delivers catchy, headbanging worthy songs that are bound to please most fans of the genre.

The instrumental intro “Gnode” wastes little to no time on any gimmicky atmospherics, instead belting straight into a technical and groovy riff that lays the groundwork for everything to come after. The next two tracks capture the very essence of Divinihility by showcasing both the variety that each member brings to the table and how Atræ Bilis‘s mature songwriting as a group ties it all together. “Sulphur Curtain” shows off the group’s brutal death metal side, with Luka Govednik’s insanity on the drum kit evident from the get-go. But rather than make the song into a start-to-end slam fest, the band introduces breaks that keep one engrossed and attentive. “Phantom Veins Trumpet” adds a layer of technicality to the brutality of the previous track, throwing the listener in random directions. From Jordan Berglund’s grinding, rhythmic growls transitioning into guttural lows to David Stepanavicius’s tight technical riffage making way for some dissonant grimy riffs, the track offers a rollercoaster of a journey in just over three minutes.

None of this is to say Divinihility is a flawless masterpiece; certain elements could always be better. On multiple listens, the two separate galloping riff structures employed in the second half of “Ectopian” get a bit repetitive and stretched out; both could have done with trimming off a few seconds. Additionally, the album closer “A Ceremony of Sectioning” takes the pressure off the pedal midway, which in my ears lessens the overall impact the album has on the listener. At the end of the day, though, these are just minor instances of nitpicking from a largely solid debut.

On the other hand, one element a lot of people who enjoy what Divinihility offers are going to be complaining about is the album’s runtime and the subsequent need for more. This claim is understandable, given the album clocks in at just over 22 minutes across its six songs. But I’m here to argue that this is, in fact, the biggest strength of Atræ Bilis‘s debut. Despite the variations in style and output, the album is one monstrous tornado of riffs, and it completely decimates the listener. Extending it any further would only probably weaken the impact it has.

Atræ Bilis‘ debut will hopefully create waves in the death metal community given its sheer impact. Creating a diverse palette within the realms of extreme death metal is no easy job, but Divinihility is proof that one can still give it a go. I’m excited to see where Atræ Bilis go next because in the end, Divinihility is just our first glimpse into their world.