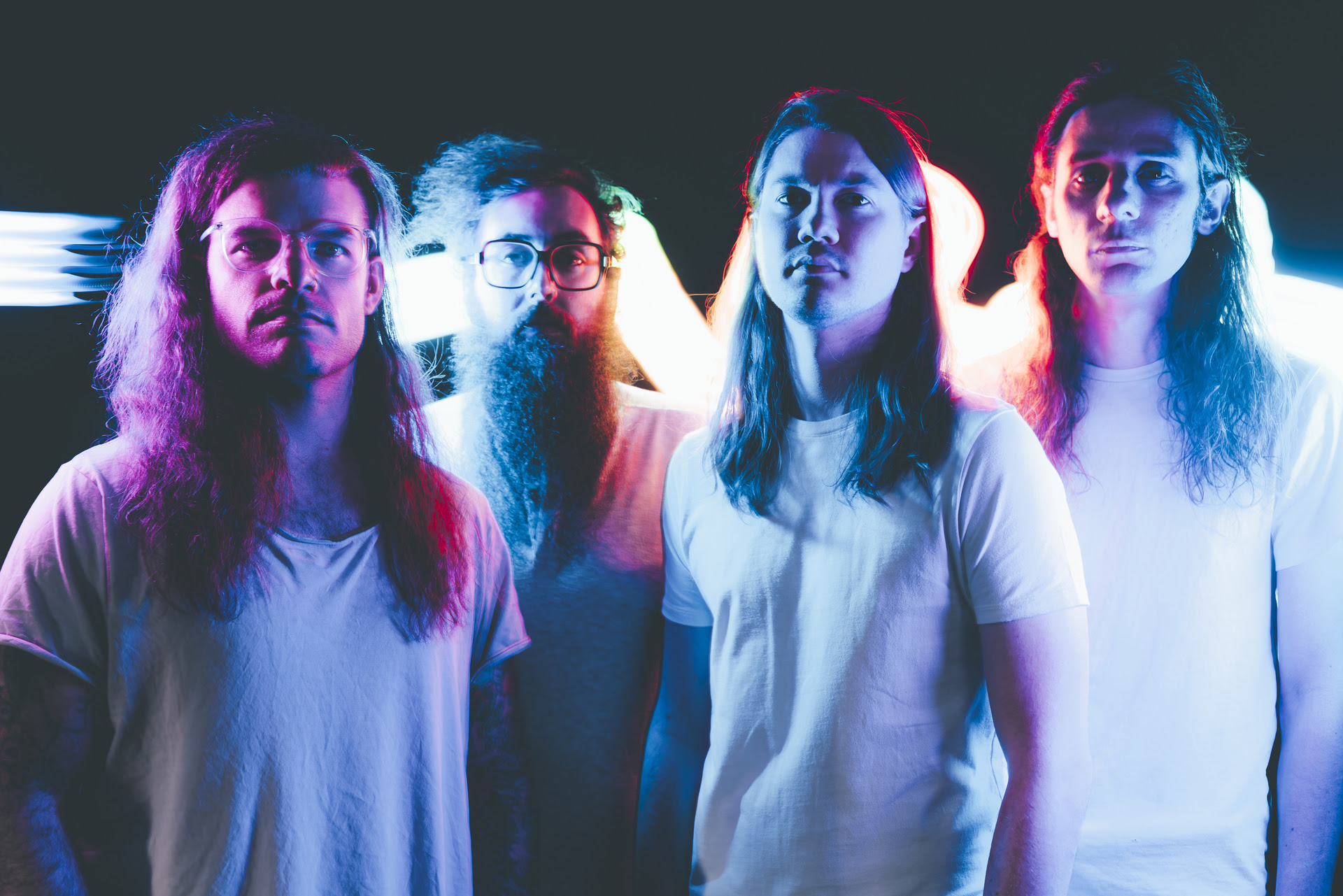 Astronoid sail to the stars with a spacey, beautiful combination of heavy and ethereal sounds on Radiant Bloom.

A complete newcomer to Astronoid, Radiant Bloom certainly caught my interest upon initial listen. The Massachusetts-based post-metal outfit have been gracing our ears with angelic, buttery vocals met with intricate and powerfully-delivered instrumentation since 2012, originating as merely a two-person studio project. Three albums and two EPs in, now under the 3DOT Recordings team, there seems to be nowhere to go but up for the band. This new installment of their ‘cosmic melodic metal’, so to speak, definitely won’t disappoint established fans, while also scoring some new eyes and ears such as my own.

The band has cited acts such as Devin Townsend, Mew, and Emperor as key influences, which was almost immediately noticeable to me as soon as the dreamy, empowering lift-off opener “Admin” began spinning. Some shoegazey elements might sound present, but I dare say this could be written off as a ‘shoegaze’ album, per se. An elegant opening track as it was, I still wasn’t totally sure what to make of the sound until “Orchid” kicked in, which I believe is one of my three favorite tracks on the Radiant Bloom menu. Don’t get me wrong, each track up to this point has a strong, compelling, emotive sound. But “Orchid” definitely bought a little piece of my soul, as did “Drown” and “Sedative”.

I’m also thrilled to have read, after some digging into them, they did, in fact, do a tour with another personal favorite, Ghost Bath, as well as doing tours with the likes of Animals As Leaders and Periphery. This comes as no surprise, of course, as their ‘dream thrash’ sound (as described by the band themselves) is an understandably great fit for the aforementioned acts. If I had to give my own description of their sound, they resonated with me as almost like a mash-up collaboration of Porter Robinson, Cloudkicker, and Ghost Bath. I also found the complete absence of harsh vocals or screams of any sort to add an enhancing element to their mix. If you’re the type to not care for getting yelled at with your metal music cup of tea – or coffee, whatever floats your boat – you’ll have a wonderful time with this album. However, if you think ‘it ain’t metal unless I’m gettin’ screamed at!!!’ – avoid at all costs. Astronoid are certainly not ones here to verbally abuse you.

The closing track, “Decades”, has one particular moment that highlights a lot of the atmosphere I recognize with this album and band in general. At about the 5:42 mark, just as the song is hitting its outro, there’s this heavy, bouncy, chugging headbanger of a riff that carries on just before the last 36 seconds of the song give way to an ambient fade. Overtop this riff are echoey, reverbed, magical-sounding tremolo melodies, a cascade of angelic vocals, and this synthy, dreamy background layer going on that bring you right back to life right before calling the album over. This particular moment, although found at the very end of the album, is probably my favorite. It has this happy/heavy aura about it that I just can’t help but picture a bunch of friends at Summer Breeze Open Air wrapping arms around each other and head-banging in unison to it, having the time of their life. This is something you could sub out Queen’s “Bohemian Rhapsody” in that one scene in Wayne’s World (you know the one) for and it’d fit perfectly… well maybe after just mildly slowing the speed of the scene to fit the tempo of the song, anyway.

Although I’ve had many wonderful things to say on this album, and I’d definitely want this playing during any space travels I’d find myself doing someday, I’m not totally sure where I stand with Astronoid as of yet. I won’t rule myself out as ‘not a fan’ or anything like that, but I believe familiarizing myself with older material just a little bit more will aid in this. I can surely feel Radiant Bloom growing on me as I re-listen, and it already struck me as intriguing at first listen anyhow. I think my only complaints, if any, would just be with the production value – which still isn’t awful by any means, just guitars could maybe have had a bit more presence to me personally. Regardless, the album’s magic is undeniable. A fun listen for all those who like metal music with a dreamy landscape!

Great job, Astronoid, I am very thankful an album this beautiful exists!