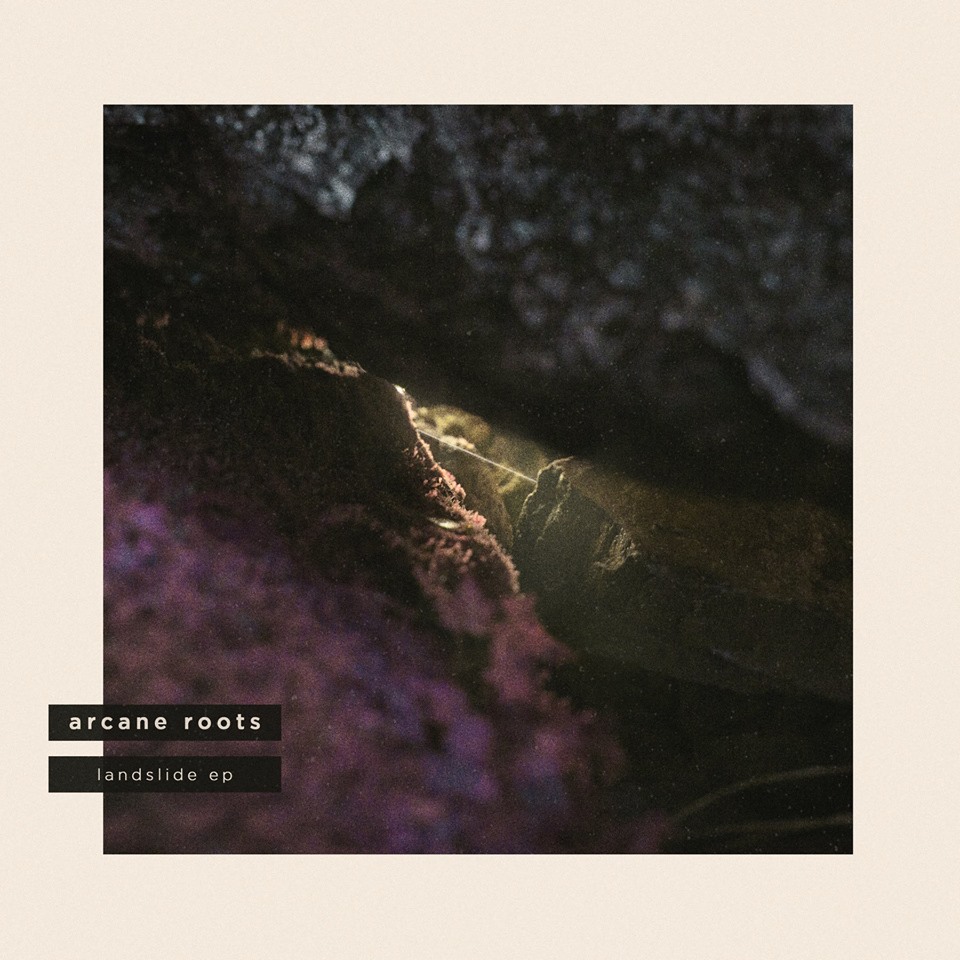 By Pete OverellSeptember 21, 2018 No Comments

Saying goodbye to Arcane Roots is going to be hard for anyone who enjoyed their music over the years. However, their parting gift Landslide is a brilliant way to take a bow – the electronic reimaginings of their songs welcoming and the new track a monument to their incredible sound.

A year ago, I ignored Arcane Roots‘ final album Melancholia Hymns immediately after its release. Six months down the line, I was belting out the lyrics to all of the hits on the album at their live show in Southampton. Eight months later, I had the absolute pleasure to watch them at ArcTanGent festival – not once, but twice on the same day – and this time playing a special electronic set. I’d somehow missed the June news that they were due to release the 4 tracks they played as an EP and only found out halfway through that stunning electronic set. You can only imagine my joy that I’d get to hear this brilliant set over and over in the months to come. And here we are, with their gorgeous EP Landslide.

The EP contains reimagined versions of 3 songs from Melancholia Hymns, as well as the headline track “Landslide”, which the band played live on their January dates and released as a single this June. Some bands I’ve heard in the past have reimagined their songs by simply removing layers or slowing the tracks down and adding more depth to the existing sounds, to create a more oppressive atmosphere to their songs. Arcane Roots certainly have done the latter, and their sound has become even richer with these offerings.

This parting gift from the band, who have called it quits after 12 years, 2 albums and 5 EPs, needs to be played on devices which can truly capture the depth of the synths and allow the excellent vocal pans to play around the listener’s ears. “Before Me” is a perfect example of this, with the use of effects and reverb applied to the voice working brilliantly. The song is a lot slower than the original from Melancholia Hymns, and it’s certainly more emotional. I always enjoy well-crafted duets, and the one in “Before Me” with guest singer Emily Denton makes the song much more powerful, despite it lacking the drums which bring the original to its climax. The song is really refreshing and makes you feel hopeful for a new day, whilst also forcing a sense of sadness and remorse.

The Landslide rendition of “Matter” is much more haunting than the original, with lots of ambient sonic space between throbbing bass synths. I found that this version can get a bit overwhelming at times- the metronomic feel to the percussion almost tantric in places.

My favorite track from the EP is the title track, which sounds a lot more organic than the other songs, despite still relying on the same synths. In this track you’re exposed to some classic Arcane Roots verses before a nice bit of ambiance builds into an epic alt-rock climax. The EP’s only shouts provide a brilliant background layer to the climax, with enchanting keys again playing off the gripping vocals of Andrew.

The reimagining of “Hit The Floor” is the most drastic on the EP. Instead of being a rip-snorting track which sent beers flying on the 2 occasions I’ve seen them this year, this is a more 80s driven synth song than a math-rock frenzy. I really enjoyed this piece but felt that the constant ticking used in the mix could’ve been warped and glitched more to stave off the repetitiveness.

Landslide is certainly a brilliant curtain call for Arcane Roots to leave behind, and hopefully an indicator of what they are planning to do next in their musical careers. This is an EP which fans of electronica, glitch, and ambiance will enjoy, hopefully leading to them exploring Arcane Roots‘ full discography. Fans of the band will certainly enjoy “Landslide” at the minimum, and the other tracks as well if they were fond of the band’s lurch to electronic soundscapes in their latest album. We’ll be keeping an eye on the members’ movements, so watch this space for news on them and any new projects!