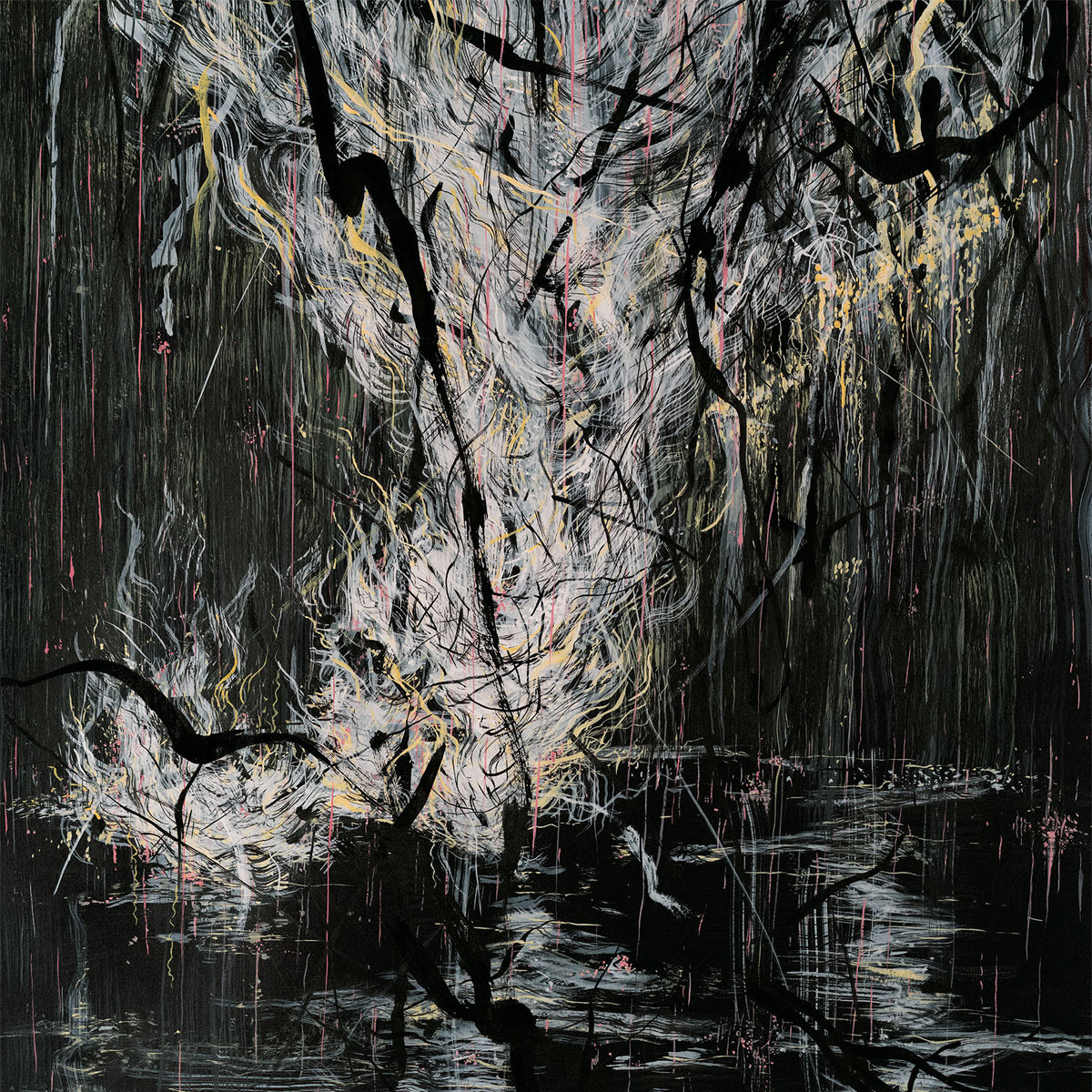 By Tim FleskesSeptember 21, 2018 No Comments

Love In Shadow is the newest epic by mathy progressive sludge band Sumac. With hypnotic dissonance and deconstructionist ambient, this is their most ambitious effort yet.

Sumac proved to be such an influential band here at Everything Is Noise that our two writers Jake and Tim couldn’t keep their hands off of it. So they split it among them, writing a (heavily) opiniated piece on them.

Aaron Turner is the closest I have to a guitar hero. His stunning body of work has always strived for experimentation, but stayed authentic and grounded in his very own style over time. Together with other very capable and visionary musicians, he founded the math sludge ensemble Sumac, a band that utilizes the flow and rhythmic break-ups of math rock and the heaviness and filth of sludge. After their last record I couldn’t wait to see what comes next, and this year I was greeted with two new albums, one being a split with Japanese noise artist Keiji Haino, the other being their new solo record Love In Shadow.

This time around the band has brought the extra-large menue with them, as every song has a duration of around twenty minutes, the first one of these behemoths being “The Task”.

“The Task” blew me out of the water right away. Untypical for an opener, the song loses no time to kick in the door, amps squealing. While bass and guitars are locked into a polymetric groove, the drums seem to follow a counter-rhythmic groove instead, giving off a feeling of dysphoria. A strange yet addicting pull comes from these two dysrhythmic grooves, and dissonant high chords are set against the pitch black fuzz sound that seems to drown everything higher than Turners pained screaming in them. An added bonus here is how clear the bass is in contrast to the guitar, which is mostly the other way around with most bands. Listening to it feels almost otherworldly, as so many tropes that people seem to cling to are flipped upside down. After a whole seven-and-a-half minutes of sonic punishment, we are released into cleaner territories. Cautious not to sound too friendly, as every moment of ease seems illegal here, a little clean lick leads us into a doomy riff with accompanying slow drums and easy-to-follow 4/4 rhythms. After circa two minutes, you begin to realize that Sumac have learned a lot through their work with Haino, as they begin to deconstruction this riff further and further until nothing but ambient sounds, noises, and the occasional hit on the kick or tom is left.

This deconstructionist approach can be observed in multiple songs on the record; songs like “Attis’ Blade” consist mostly of metallic noise in the middle, and “Arcing Silver” flips the formula of “The Task” and progressively takes form only to be ravaged by an arrhythmic barrage of riffs.

What else can I say about Sumac? Love In Shadow is a record that shows how much even renowned and mature musicians can still learn to mature even more. Every sound, every tiny bit of amp feedback and every seconds drips of creativity and miniscule planning. While the overall album sounds bleak and incredibly heavy, the band seems to have put a lot of care and love into it. A wonderful masterpiece that is sure to be featured on my AOTY list.

Sumac are one of those post-metal acts that feel like they have been around a lot longer than three years. With a few LP’s and one fantastic collaboration with Keiji Haino under their collective belt, they are back with their latest effort, Love In Shadow. Of course the heritage that this band brings to the table is legendary, and you all probably know that each band member’s musical renommée and associated acts are insanely accomplished. The hallmarks of a Sumac record are the sludge influences and conscious use of space. Love In Shadow doubles down on this in really compelling ways.

Opening with the sprawling 20-minute opus “The Task” would be a bold move for many bands, but it’s simply par for the Sumac course. Winding through a variety of moods, this track showcases their penchant for intricate instrumentation, intense vocals, but also a love of beauty. The second half of the song is incredibly mellow and relaxing, and paves the way for an incredibly lovely outro. While this track takes up almost one-third of the total runtime of the album, it’s an incredibly easy listen, and sets up an emotional framework in which all that follows will operate.

“Attis’ Blade” is up next, and where “The Task” sought breathing room, this one looks to fill all those gaps with rhythmic, relentless drumming and riffage. While the inspiration for the track’s title (go look up Attis of Greek myth) isn’t the most wholesome thing, the track itself feels distinctly calm and focused, even relaxing at times. Of course, there is some cacophony and dissonance spread throughout, and the vocals don’t soften up too much. The penultimate track, “Arcing Silver” is a bass and improvisation-heavy track where the influence of working with Keiji Haino proves to be inescapable. The closer “Ecstacy of Unbecoming” is classic Sumac, with even more improvisation rounding out the midpoint, before launching head first into the dense riffs and concussive atmosphere.

Love In Shadow is an interesting and intriguing record that sure builds on the past efforts of the band. There are times when it feels like the improvisation meanders, but it’s completely up to the listener if that is a detraction from the experience. That being said, this is the Sumac record that I expected, and I have high expectations for this band. The sludge is murky, the compositions expansive, and the atmosphere is crushing. What surprised me were quieter moments that seemed relaxed and extremely intentional. This added a much needed dynamic aspect to the album, and makes it a rewarding experience.