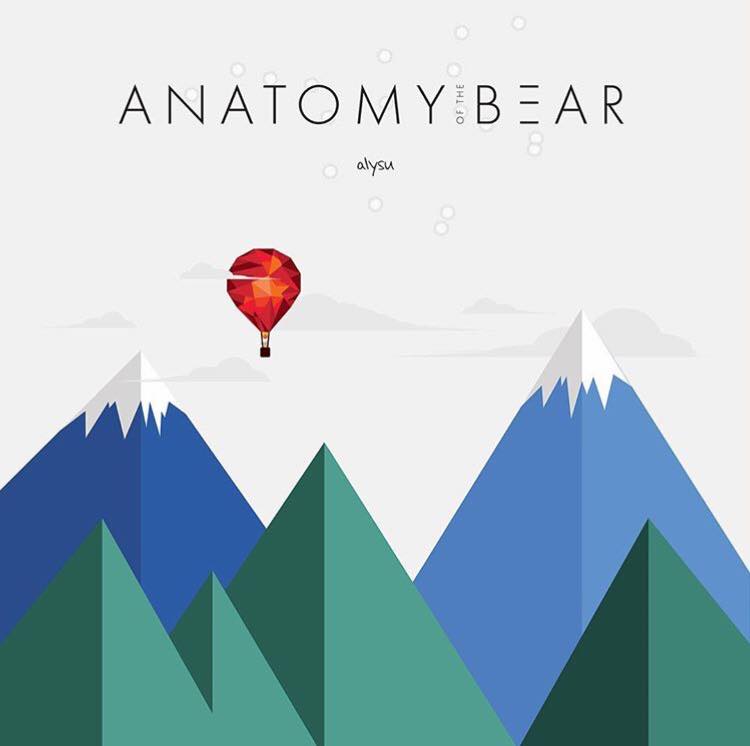 Anatomy Of The Bear – “Alysu”

I consider Alysu a concept record that clearly tells an individual story. This piece of modern post rock music is full of beautiful compositions, and lead by feelings. Take your time to take part in the story of Alysu.

Once upon a time…

…the story of Alysu begins. For me, ‘Alysu’ (shown in a balloon on the cover artwork) is the protagonist  of the album, and that’s why I consider the album to be a conceptual piece. The character is on a journey with a hot air balloon, while the musical journey is mainly post rock-ish music with a lot of ambient elements. “Awakening II”, a reference to the project’s very first EP Awakening, opens the musical narrative of Anatomy Of The Bear‘s new album with a three-minute piece of swelling ambiance.

A balloon is starting, a story’s begin’,
While we are awaiting, what it will bring

The beginning of the story “Set[s] Sail For Alysu”. This song is where the main narrative begins, and where Alysu starts their travels. Positive vibes and electronic elements create a very God Is An Astronaut-esque feel. Guitars are building up to a vivid ambiance, and one can easily imagine the little balloon taking off. It doesn’t take much time until our character reaches “The Summit”. This passage might be reflected in the record’s artwork, as we can see Alysu’s balloon flying through the mountains and maybe even reaching its zenith. Musically speaking, this section is filled with hope and a relaxing, yet slightly bewildering musical approach. But there are also doubts: Does this journey come to a positive end? Was it a good decision to start at all?

The balloon sets sail, a summit appears,
The stars, they are blinking; a sky full of fears

All these doubts dispel rather quickly thanks to the band’s very lovely way to write music. This comes at the cost of a slight touch of cheesiness, which makes the music of Anatomy Of The Bear a double-edged sword of sorts. But damn, it’s beautiful!

Night falls, and Alysu’s ballon is flying high above the clouds. The silent night is slow-paced and quiet; there are millions of stars out there, glistening in the sky, and the moon appears. The “Cosmos” widens around the little balloon, while a music box tickles our ears and tremolo guitars push Alysu far, far away. As the dawn slowly approaches, the “Glowing Morning” arrives with a minimalistic glockenspiel. The balloon finds itself beyond the “Endless Sea”.

Slowly the sun begins to rise; waves are crushing in. This turning point within the story is marked by the very first vocals on the record. Ed Gibbs instantly creates a reminiscence of Devil Sold His Soul‘s first releases with only his voice. His soft, fragile, and heartwarming way to sing adds warmth, but also frailty to the sound. For the first time since “The Summit”, doubts arise on “The Winding Path”. The song comes in with minor scale-based guitars that create a melancholic vibe. Alysu now has the biggest challenge of the whole journey right in front of their eyes.

Waves are still crashing, and the wind makes it hard for the little balloon to navigate. This song’s ending definitely sounds like something straight out of DSHS‘s A Fragile Hope era, even if it’s a bit softer and more ambient. As of now, Alysu is “So Far From Home”, farther than they’ve ever been before. Mixed feelings appear; fear and hope are rising. Where and how will this journey end?

The journey gets rougher, the wind rises high,
They are so far from home, the sea waves goodbye

The musical narrative starts slow, building up patiently. Gibb’s voice becomes part of the ambiance, and is almost inaudible at first. On a side note, his lyrics are not to be identified, while synth strings create a beautiful piece of ambient post-rock music that builds up suddenly. This ending creates a very forceful drive, and sets all emotions free with its chord work.

Alysu, they made it. The story, it ends;
Our journey bygone, will a new one commence?

Please note that this interpretation might be totally different from what Anatomy Of The Bear had in mind. It might be totally different from your very own interpretation as well. But that’s totally fine! Music is and will always be an individual thing. Where I saw a story in the musical narrative of Alysu, some might only see another normal album. From my experience with the record, I can only suggest you take your time while listening to it. Alysu even inspired me to get poetic, and hopefully it will get you creative as well. The record might be easy to digest, but takes all of your patience and attention to embed its little details within your fantasy.