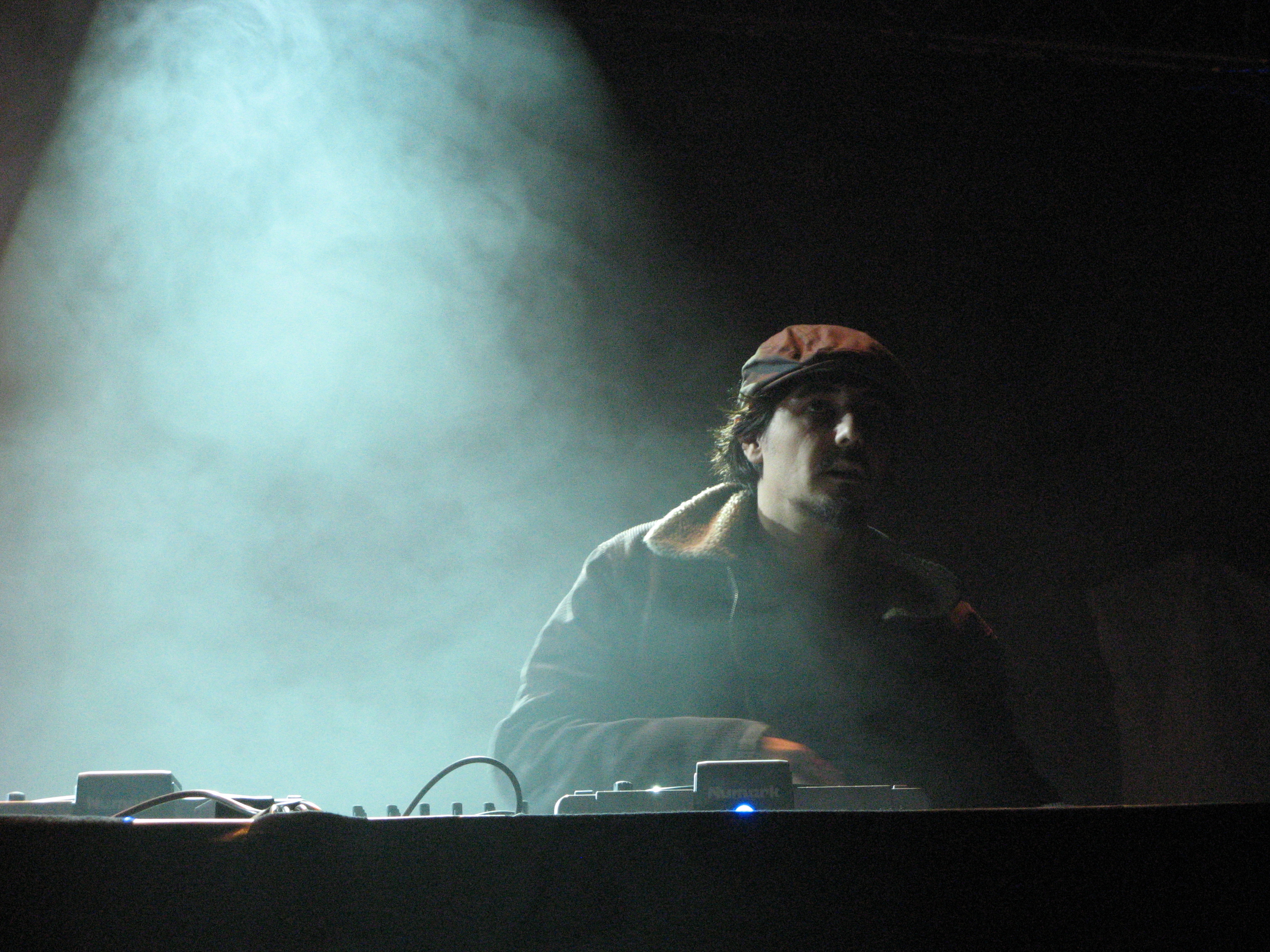 Amon Tobin – “Fear in a Handful of Dust”

Fear in a Handful of Dust may not be what fans have been expecting, but it most definitely showcases a new side of Amon Tobin‘s scintillating medium of electronic expression reaching new, never-before-seen depths.

Electronic music legend Amon Tobin is back with a fresh, full-length album after quite a few years of silence. Fear in a Handful of Dust is his ninth album, the spiritual successor of the highly acclaimed ISAM and it was just recently released. Aside from 2015’s Dark Jovian, this is the first body of new work in eight years from Amon Tobin and the wait has truly paid off.

Before I delve into the record itself, I’d like to give way to a little presentation on the cover and the title. The cover features a forest-scape, darkened and gloomy with two massive trees in the foreground out of which; two odd-looking creatures appear to have emerged, accompanied by bright lights shining from the tree trunks. After having listened to the album the cover instantly made perfect sense. It encapsulates to an extent the vibe of the album in a very fitting manner. The title adds another deeper layer to the unfolding musical delight. It appeared eerily familiar for some reason, after looking it up it turns out it’s a T.S. Elliot quote which reads: “I will show you fear in a handful of dust”. This is a verse from his poem titled The Waste Land. Within (and outside) the context of the poem the quote can have a gamut of interpretations. The interpretation that fits the context of this album is that while the dust is indeed a reference to death, it also implies that the reason we fear dying is not because we fear death, per se. It would be rather that we fear that our existence will be forgotten after our death, akin to how dust evaporates into oblivion. Considering the aforementioned points, further on we will see how they aptly complement the present tunes.

The first thing that I noticed was the rather abrupt departure from the strongly percussive style we were all acquainted with, leaving behind the dubstep element entirely. The album focuses strongly on textures and moods which are slowly developed across with a rather minimalist mindset behind them. The most rhythmically inclined of the tracks is “Three Different Hat Sizes” followed partially by “Vipers Follow You” and it bears a certain resemblance to how tracks like “Mass & Spring” were put together. Have no fear, all the experimentation, glitchiness and everything else is still there but in a more refined, darker and (for the lack of a better word) metaphysical way. Speaking of resemblances, “Fooling Alright” hearkens somewhat to “Lost and Found” especially with the heavily processed eerie, dreamlike vocals. The rest of the album, as aforementioned, relies heavily on an ambient delivery and fleshes out moods much more vividly than before offering a certain cinematic edge and a more immersive experience compared to previous records. The glitch part of the stylistic delivery is all there, unfolding itself in the characteristic fashion which everyone is familiar with managing still to breathe fresh life into the mix.

There doesn’t seem to be any sort of narrative, looking at the record as a whole. This doesn’t affect the experience in any way but it would’ve been a welcome change considering the overall tone and vibe of the whole package. Moods range from creepy, sullen, and mysterious to smooth, innocuous, and pastel and I’d have to say that a narrative could have enhanced this emotional variety. Even so, the album still stands out as the most cohesive of Amon Tobin‘s works to date, since every song manages to retain a ‘personality trait’ of the one before and so on, giving the album a seamless flow. The transitioning between tracks is of course embellished by the spectacular production value that’s present. There’s really nothing that words can underline in this aspect, there are few out there who have such a masterful grasp of processing and tweaking sounds in such a way.

Amon Tobin successfully put out a true electronic work of art yet again. Fear in a Handful of Dust may not be the action-packed, filled to the brim with fireworks affair which ISAM was and that’s perfectly fine. We have a brooding exploration of an existential quandary, which graces the patient listener with an aural trip that will surely not be forgotten anytime soon. What we lost in dynamics has been more than made up in depth, which is a kind of trade-off more artists should be willing to gamble with.